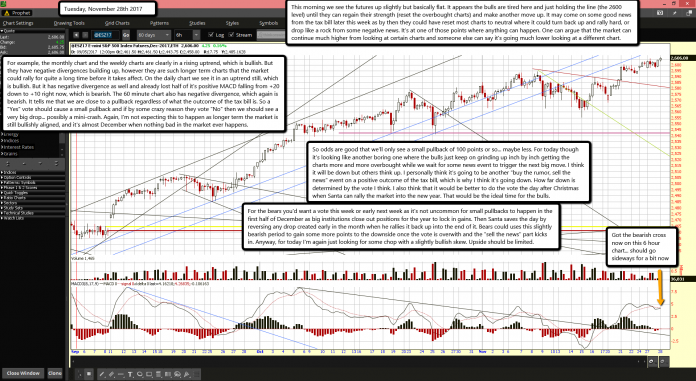 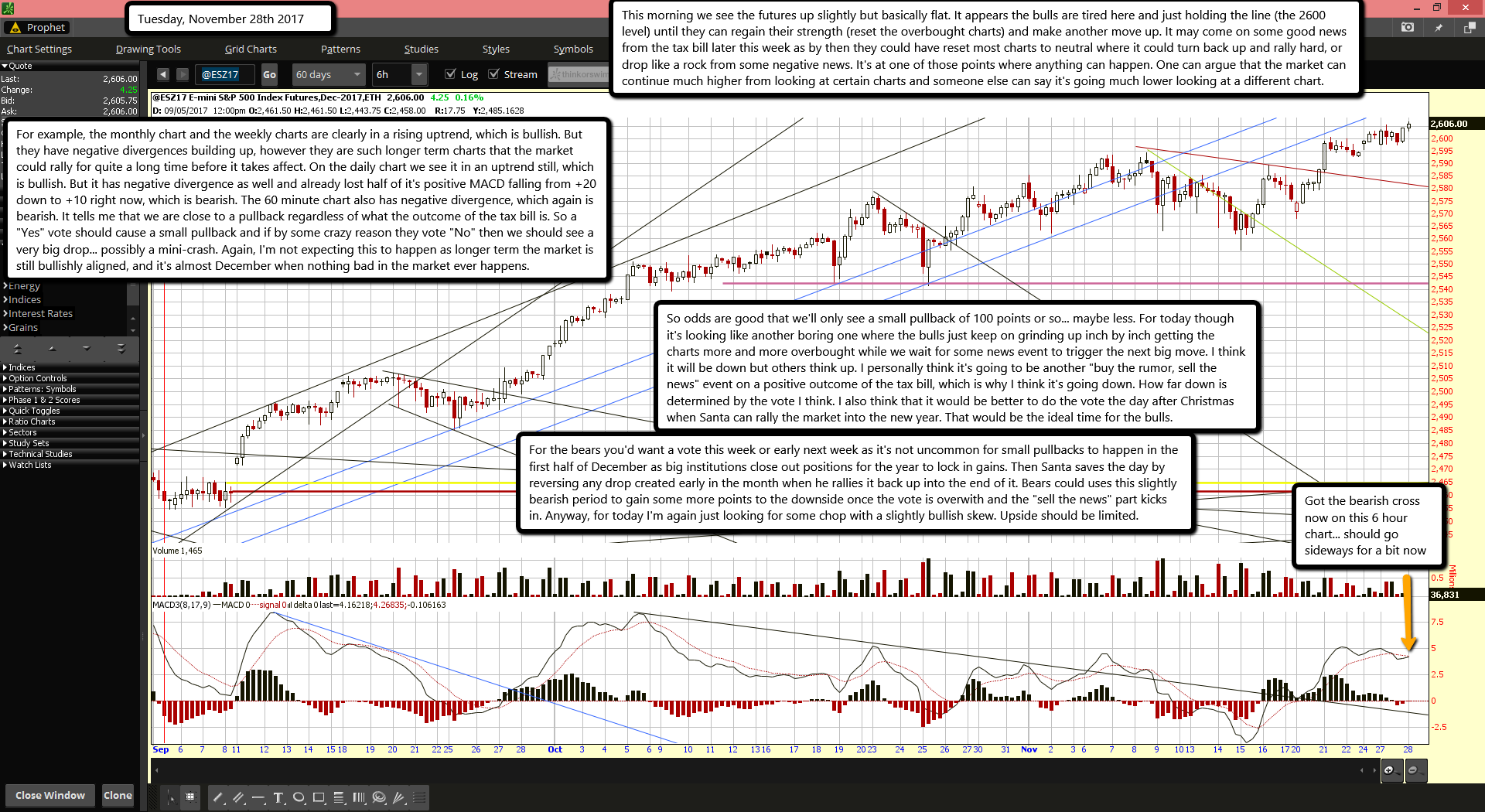 This morning we see the futures up slightly but basically flat. It appears the bulls are tired here and just holding the line (the 2600 level) until they can regain their strength (reset the overbought charts) and make another move up. It may come on some good news from the tax bill later this week as by then they could have reset most charts to neutral where it could turn back up and rally hard, or drop like a rock from some negative news. It's at one of those points where anything can happen. One can argue that the market can continue much higher from looking at certain charts and someone else can say it's going much lower looking at a different chart.

For example, the monthly chart and the weekly charts are clearly in a rising uptrend, which is bullish. But they have negative divergences building up, however they are such longer term charts that the market could rally for quite a long time before it takes affect. On the daily chart we see it in an uptrend still, which is bullish. But it has negative divergence as well and already lost half of it's positive MACD falling from +20 down to +10 right now, which is bearish. The 60 minute chart also has negative divergence, which again is bearish. It tells me that we are close to a pullback regardless of what the outcome of the tax bill is. So a "Yes" vote should cause a small pullback and if by some crazy reason they vote "No" then we should see a very big drop... possibly a mini-crash. Again, I'm not expecting this to happen as longer term the market is still bullishly aligned, and it's almost December when nothing bad in the market ever happens.

So odds are good that we'll only see a small pullback of 100 points or so... maybe less. For today though it's looking like another boring one where the bulls just keep on grinding up inch by inch getting the charts more and more overbought while we wait for some news event to trigger the next big move. I think it will be down but others think up. I personally think it's going to be another "buy the rumor, sell the news" event on a positive outcome of the tax bill, which is why I think it's going down. How far down is determined by the vote I think. I also think that it would be better to do the vote the day after Christmas when Santa can rally the market into the new year. That would be the ideal time for the bulls.

For the bears you'd want a vote this week or early next week as it's not uncommon for small pullbacks to happen in the first half of December as big institutions close out positions for the year to lock in gains. Then Santa saves the day by reversing any drop created early in the month when he rallies it back up into the end of it. Bears could uses this slightly bearish period to gain some more points to the downside once the vote is overwith and the "sell the news" part kicks in. Anyway, for today I'm again just looking for some chop with a slightly bullish skew. Upside should be limited. 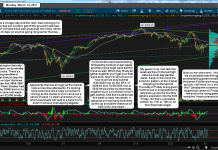