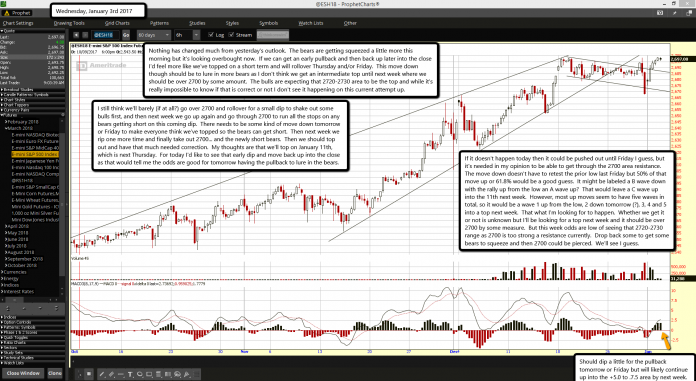 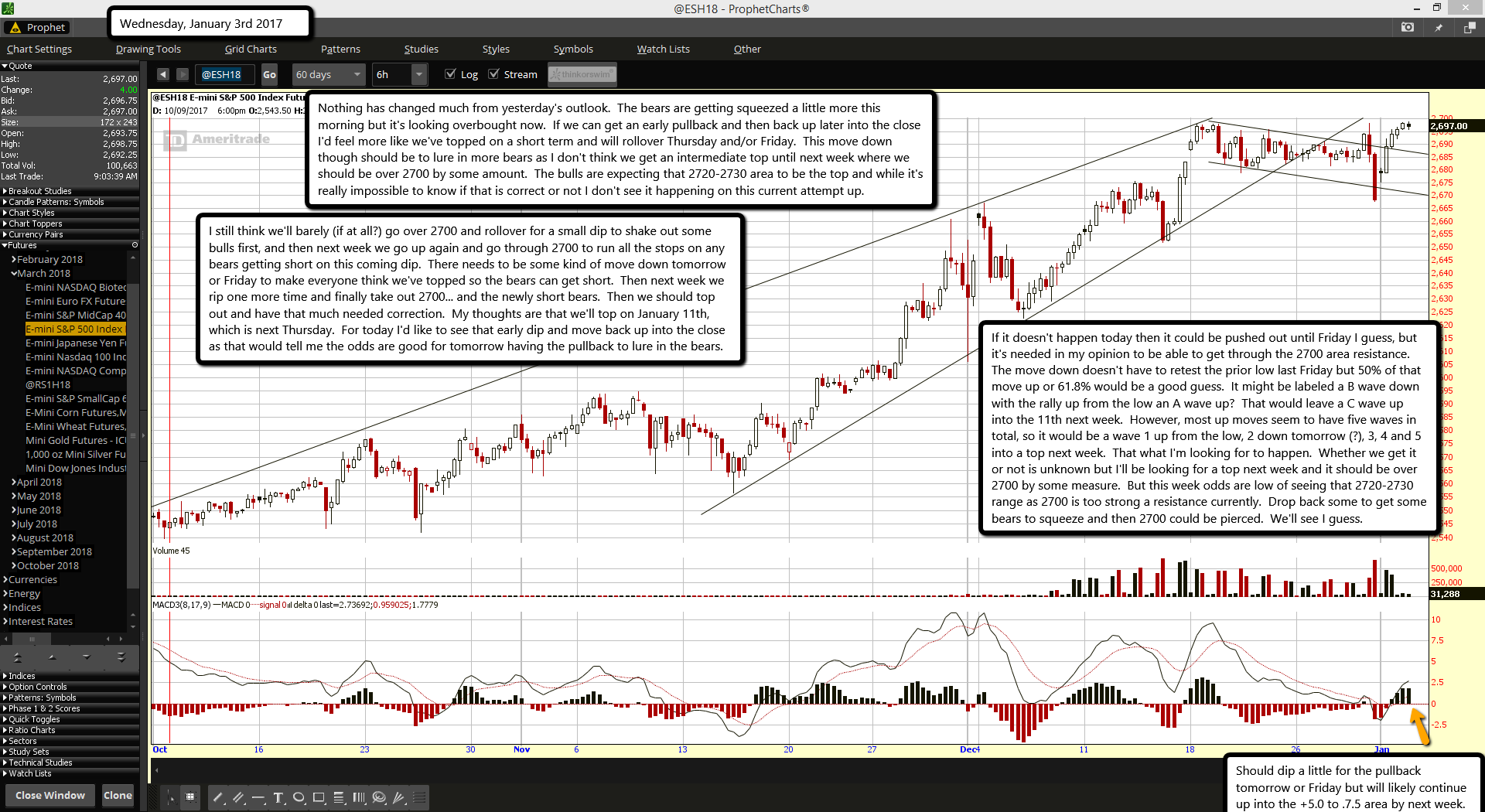 Nothing has changed much from yesterday's outlook.  The bears are getting squeezed a little more this morning but it's looking overbought now.  If we can get an early pullback and then back up later into the close I'd feel more like we've topped on a short term and will rollover Thursday and/or Friday.  This move down though should be to lure in more bears as I don't think we get an intermediate top until next week where we should be over 2700 by some amount.  The bulls are expecting that 2720-2730 area to be the top and while it's really impossible to know if that is correct or not I don't see it happening on this current attempt up.

I still think we'll barely (if at all?) go over 2700 and rollover for a small dip to shake out some bulls first, and then next week we go up again and go through 2700 to run all the stops on any bears getting short on this coming dip.  There needs to be some kind of move down tomorrow or Friday to make everyone think we've topped so the bears can get short.  Then next week we rip one more time and finally take out 2700... and the newly short bears.  Then we should top out and have that much needed correction.  My thoughts are that we'll top on January 11th, which is next Thursday.  For today I'd like to see that early dip and move back up into the close as that would tell me the odds are good for tomorrow having the pullback to lure in the bears.

If it doesn't happen today then it could be pushed out until Friday I guess, but it's needed in my opinion to be able to get through the 2700 area resistance.  The move down doesn't have to retest the prior low last Friday but 50% of that move up or 61.8% would be a good guess.  It might be labeled a B wave down with the rally up from the low an A wave up?  That would leave a C wave up into the 11th next week.  However, most up moves seem to have five waves in total, so it would be a wave 1 up from the low, 2 down tomorrow (?), 3, 4 and 5 into a top next week.  That what I'm looking for to happen.  Whether we get it or not is unknown but I'll be looking for a top next week and it should be over 2700 by some measure.  But this week odds are low of seeing that 2720-2730 range as 2700 is too strong a resistance currently.  Drop back some to get some bears to squeeze and then 2700 could be pierced.  We'll see I guess.