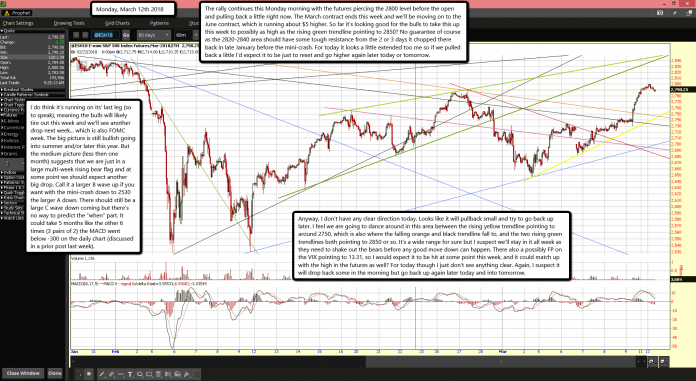 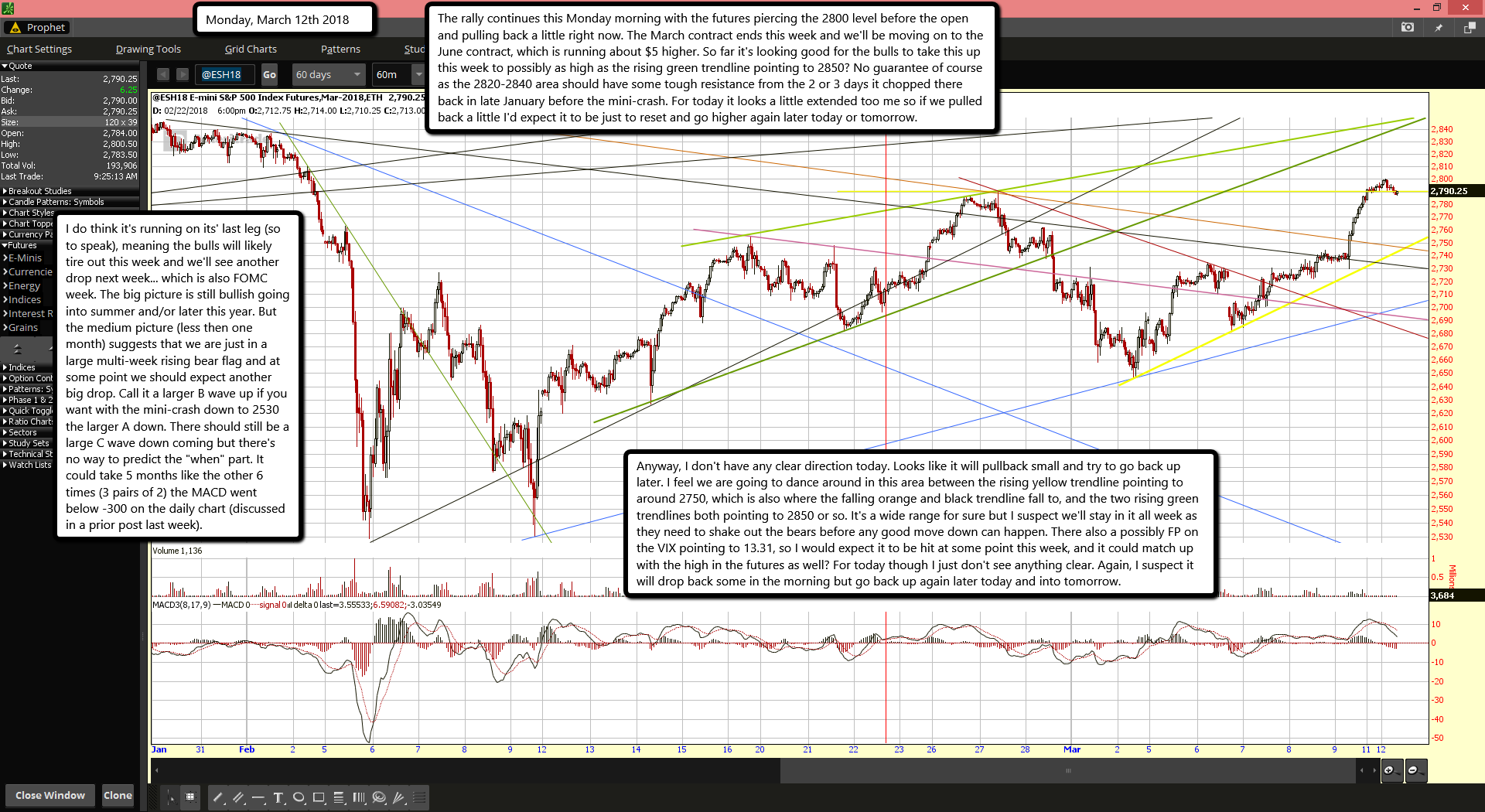 The rally continues this Monday morning with the futures piercing the 2800 level before the open and pulling back a little right now. The March contract ends this week and we'll be moving on to the June contract, which is running about $5 higher. So far it's looking good for the bulls to take this up this week to possibly as high as the rising green trendline pointing to 2850? No guarantee of course as the 2820-2840 area should have some tough resistance from the 2 or 3 days it chopped there back in late January before the mini-crash. For today it looks a little extended too me so if we pulled back a little I'd expect it to be just to reset and go higher again later today or tomorrow.

I do think it's running on its' last leg (so to speak), meaning the bulls will likely tire out this week and we'll see another drop next week... which is also FOMC week. The big picture is still bullish going into summer and/or later this year. But the medium picture (less then one month) suggests that we are just in a large multi-week rising bear flag and at some point we should expect another big drop. Call it a larger B wave up if you want with the mini-crash down to 2530 the larger A down. There should still be a large C wave down coming but there's no way to predict the "when" part. It could take 5 months like the other 6 times (3 pairs of 2) the MACD went below -300 on the daily chart (discussed in a prior post last week).

Anyway, I don't have any clear direction today. Looks like it will pullback small and try to go back up later. I feel we are going to dance around in this area between the rising yellow trendline pointing to around 2750, which is also where the falling orange and black trendline fall to, and the two rising green trendlines both pointing to 2850 or so. It's a wide range for sure but I suspect we'll stay in it all week as they need to shake out the bears before any good move down can happen. There also a possibly FP on the VIX pointing to 13.31, so I would expect it to be hit at some point this week, and it could match up with the high in the futures as well? For today though I just don't see anything clear. Again, I suspect it will drop back some in the morning but go back up again later today and into tomorrow.