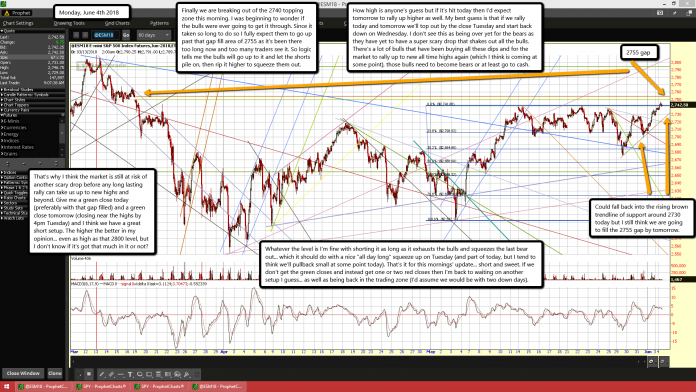 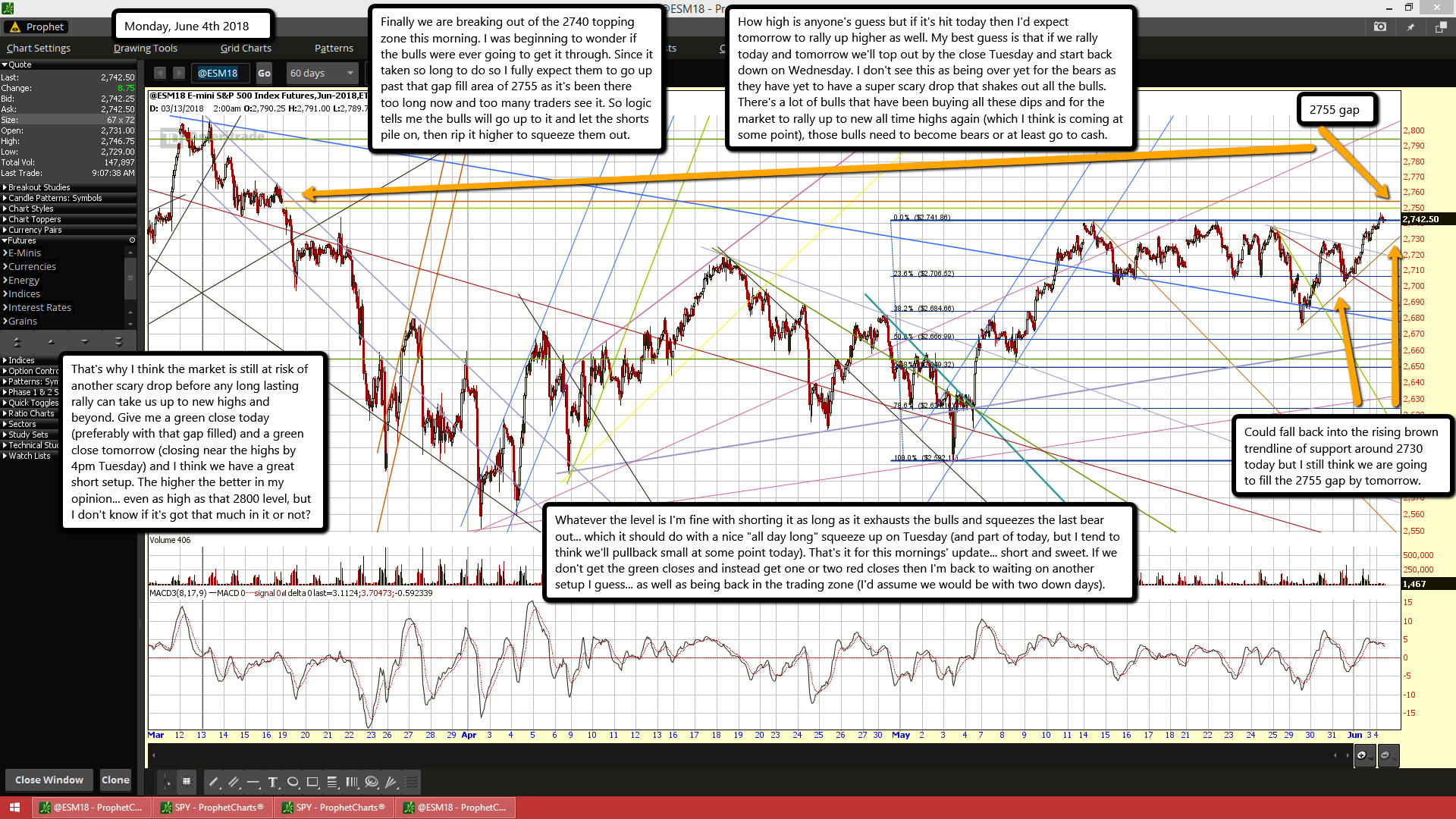 Finally we are breaking out of the 2740 topping zone this morning. I was beginning to wonder if the bulls were ever going to get it through. Since it taken so long to do so I fully expect them to go up past that gap fill area of 2755 as it's been there too long now and too many traders see it. So logic tells me the bulls will go up to it and let the shorts pile on, then rip it higher to squeeze them out.

How high is anyone's guess but if it's hit today then I'd expect tomorrow to rally up higher as well. My best guess is that if we rally today and tomorrow we'll top out by the close Tuesday and start back down on Wednesday. I don't see this as being over yet for the bears as they have yet to have a super scary drop that shakes out all the bulls. There's a lot of bulls that have been buying all these dips and for the market to rally up to new all time highs again (which I think is coming at some point), those bulls need to become bears or at least go to cash.

That's why I think the market is still at risk of another scary drop before any long lasting rally can take us up to new highs and beyond. Give me a green close today (preferably with that gap filled) and a green close tomorrow (closing near the highs by 4pm Tuesday) and I think we have a great short setup. The higher the better in my opinion... even as high as that 2800 level, but I don't know if it's got that much in it or not?

Whatever the level is I'm fine with shorting it as long as it exhausts the bulls and squeezes the last bear out... which it should do with a nice "all day long" squeeze up on Tuesday (and part of today, but I tend to think we'll pullback small at some point today). That's it for this mornings' update... short and sweet. If we don't get the green closes and instead get one or two red closes then I'm back to waiting on another setup I guess... as well as being back in the trading zone (I'd assume we would be with two down days).