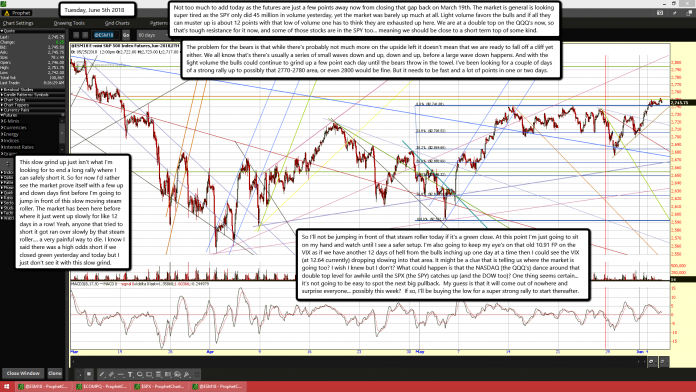 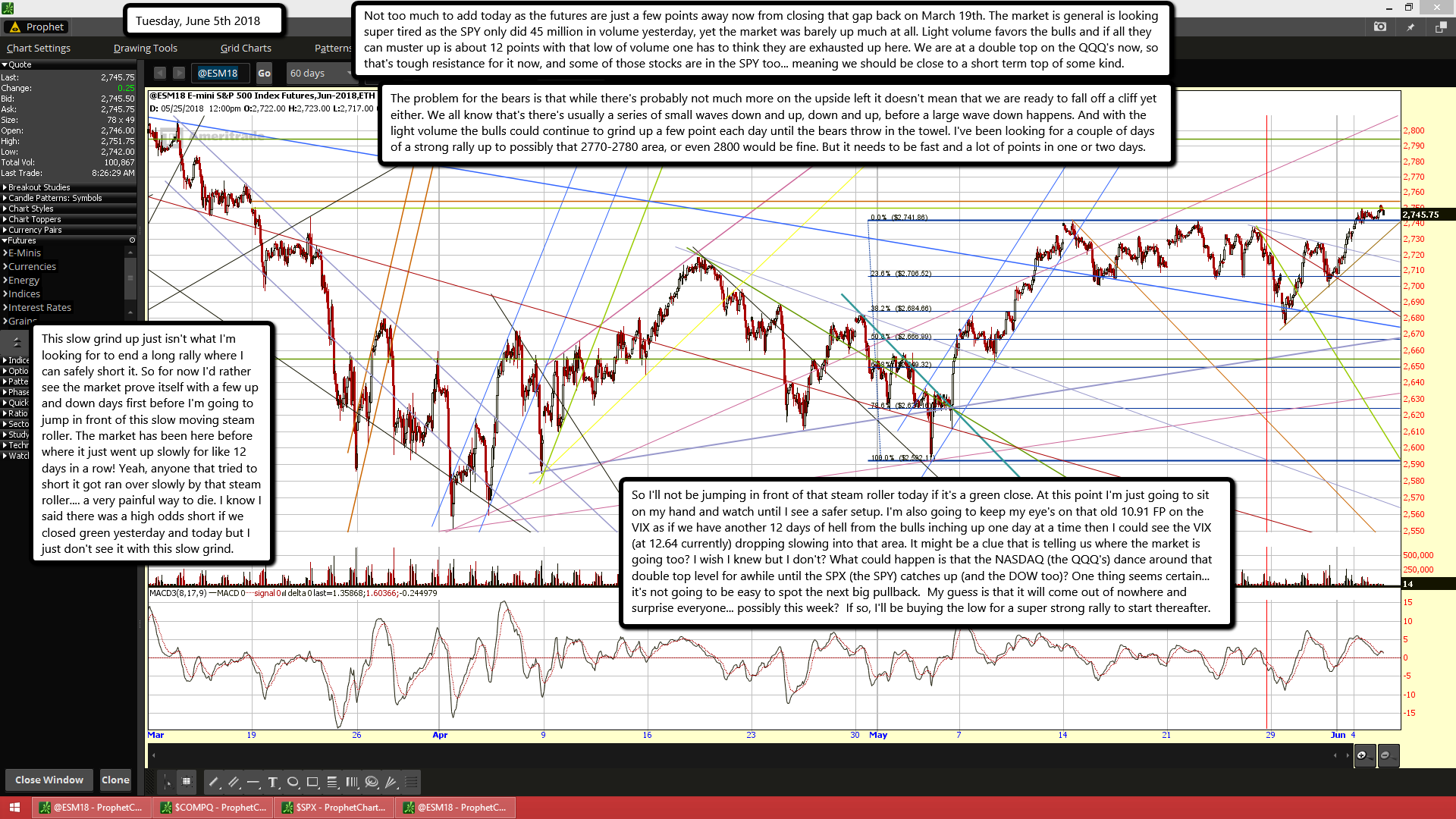 Not too much to add today as the futures are just a few points away now from closing that gap back on March 19th. The market is general is looking super tired as the SPY only did 45 million in volume yesterday, yet the market was barely up much at all. Light volume favors the bulls and if all they can muster up is about 12 points with that low of volume one has to think they are exhausted up here. We are at a double top on the QQQ's now, so that's tough resistance for it now, and some of those stocks are in the SPY too... meaning we should be close to a short term top of some kind.

The problem for the bears is that while there's probably not much more on the upside left it doesn't mean that we are ready to fall off a cliff yet either. We all know that's there's usually a series of small waves down and up, down and up, before a large wave down happens. And with the light volume the bulls could continue to grind up a few point each day until the bears throw in the towel. I've been looking for a couple of days of a strong rally up to possibly that 2770-2780 area, or even 2800 would be fine. But it needs to be fast and a lot of points in one or two days.

This slow grind up just isn't what I'm looking for to end a long rally where I can safely short it. So for now I'd rather see the market prove itself with a few up and down days first before I'm going to jump in front of this slow moving steam roller. The market has been here before where it just went up slowly for like 12 days in a row! Yeah, anyone that tried to short it got ran over slowly by that steam roller.... a very painful way to die. I know I said there was a high odds short if we closed green yesterday and today but I just don't see it with this slow grind.

So I'll not be jumping in front of that steam roller today if it's a green close. At this point I'm just going to sit on my hand and watch until I see a safer setup. I'm also going to keep my eye's on that old 10.91 FP on the VIX as if we have another 12 days of hell from the bulls inching up one day at a time then I could see the VIX (at 12.64 currently) dropping slowing into that area. It might be a clue that is telling us where the market is going too? I wish I knew but I don't? What could happen is that the NASDAQ (the QQQ's) dance around that double top level for awhile until the SPX (the SPY) catches up (and the DOW too)? One thing seems certain... it's not going to be easy to spot the next big pullback. My guess is that it will come out of nowhere and surprise everyone... possibly this week? If so, I'll be buying the low for a super strong rally to start thereafter.