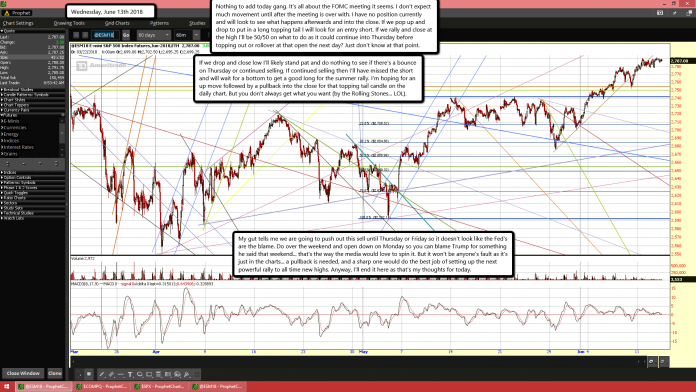 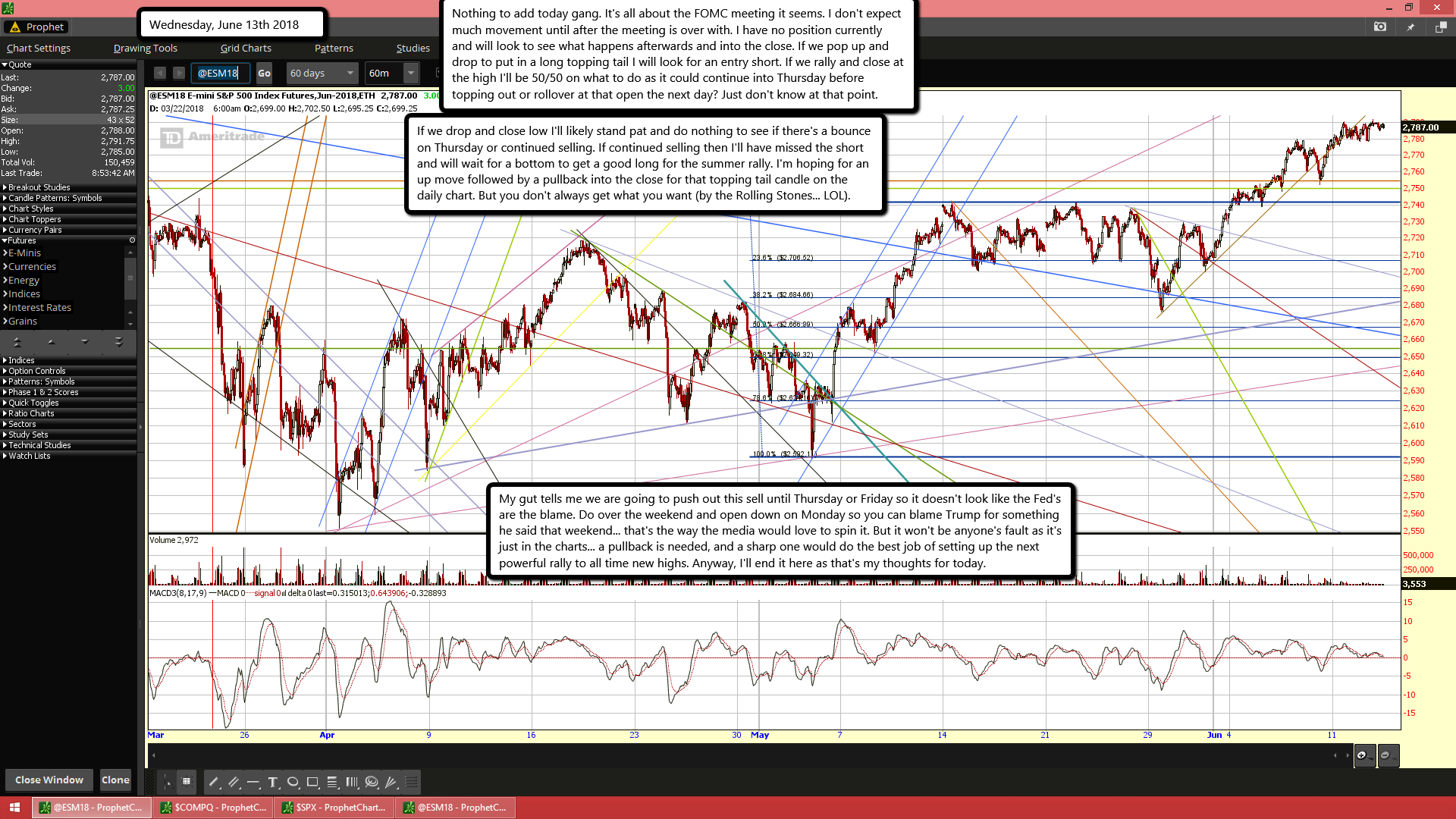 Nothing to add today gang. It's all about the FOMC meeting it seems. I don't expect much movement until after the meeting is over with. I have no position currently and will look to see what happens afterwards and into the close. If we pop up and drop to put in a long topping tail I will look for an entry short. If we rally and close at the high I'll be 50/50 on what to do as it could continue into Thursday before topping out or rollover at that open the next day? Just don't know at that point.

If we drop and close low I'll likely stand pat and do nothing to see if there's a bounce on Thursday or continued selling. If continued selling then I'll have missed the short and will wait for a bottom to get a good long for the summer rally. I'm hoping for an up move followed by a pullback into the close for that topping tail candle on the daily chart. But you don't always get what you want (by the Rolling Stones... LOL).

My gut tells me we are going to push out this sell until Thursday or Friday so it doesn't look like the Fed's are the blame. Do over the weekend and open down on Monday so you can blame Trump for something he said that weekend... that's the way the media would love to spin it. But it won't be anyone's fault as it's just in the charts... a pullback is needed, and a sharp one would do the best job of setting up the next powerful rally to all time new highs. Anyway, I'll end it here as that's my thoughts for today.