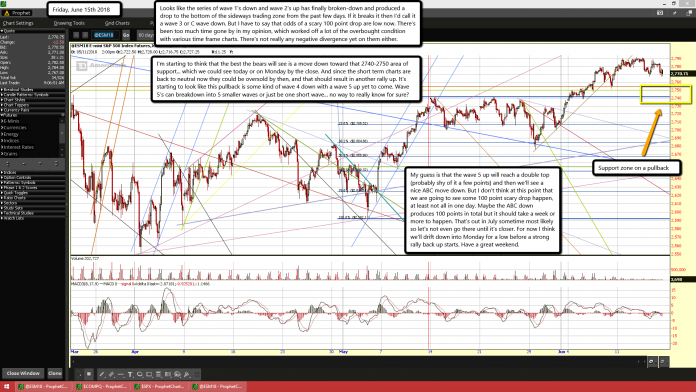 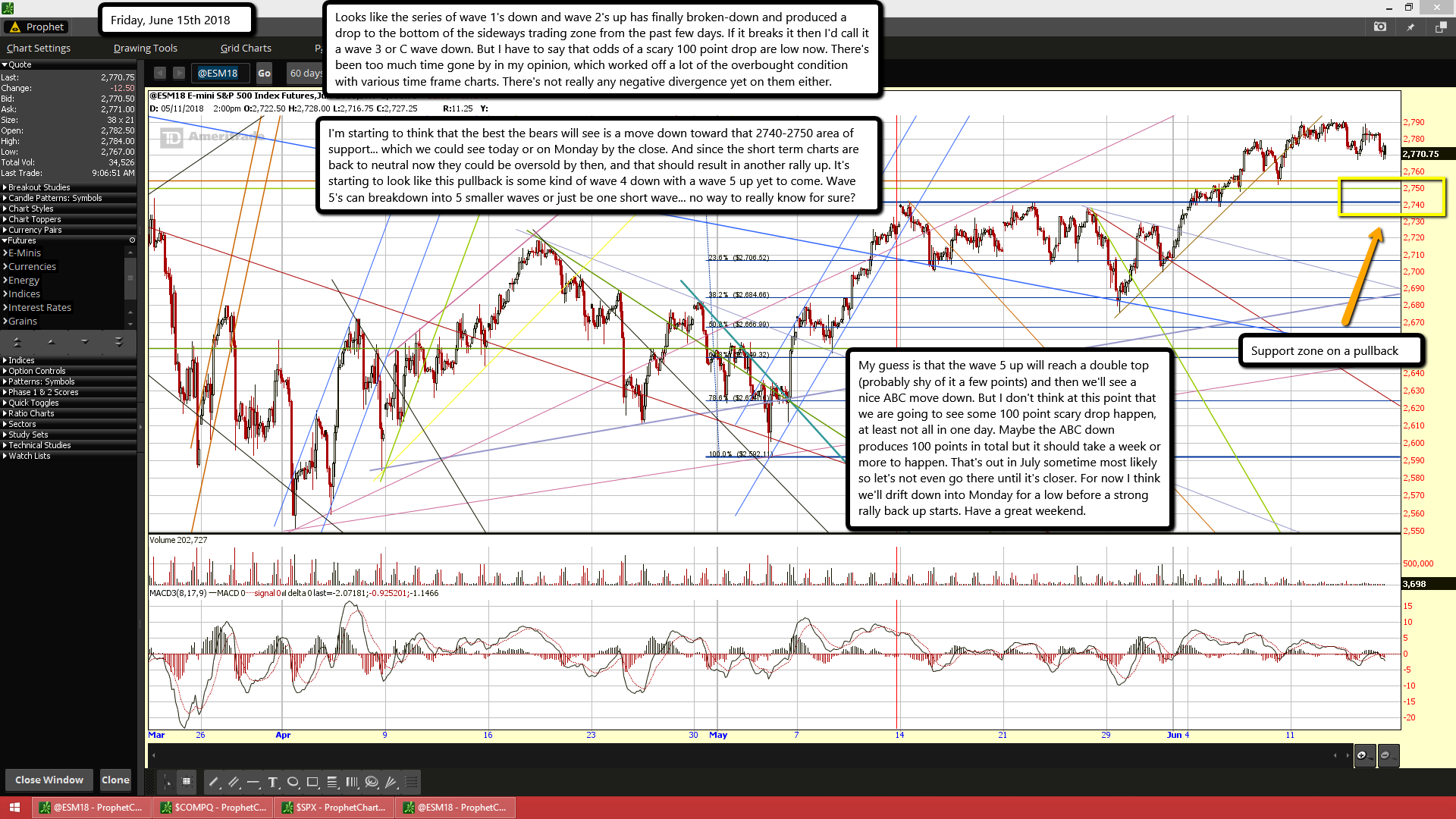 Looks like the series of wave 1's down and wave 2's up has finally broken-down and produced a drop to the bottom of the sideways trading zone from the past few days. If it breaks it then I'd call it a wave 3 or C wave down. But I have to say that odds of a scary 100 point drop are low now. There's been too much time gone by in my opinion, which worked off a lot of the overbought condition with various time frame charts. There's not really any negative divergence yet on them either.

I'm starting to think that the best the bears will see is a move down toward that 2740-2750 area of support... which we could see today or on Monday by the close. And since the short term charts are back to neutral now they could be oversold by then, and that should result in another rally up. It's starting to look like this pullback is some kind of wave 4 down with a wave 5 up yet to come. Wave 5's can breakdown into 5 smaller waves or just be one short wave... no way to really know for sure?

My guess is that the wave 5 up will reach a double top (probably shy of it a few points) and then we'll see a nice ABC move down. But I don't think at this point that we are going to see some 100 point scary drop happen, at least not all in one day. Maybe the ABC down produces 100 points in total but it should take a week or more to happen. That's out in July sometime most likely so let's not even go there until it's closer. For now I think we'll drift down into Monday for a low before a strong rally back up starts. Have a great weekend.