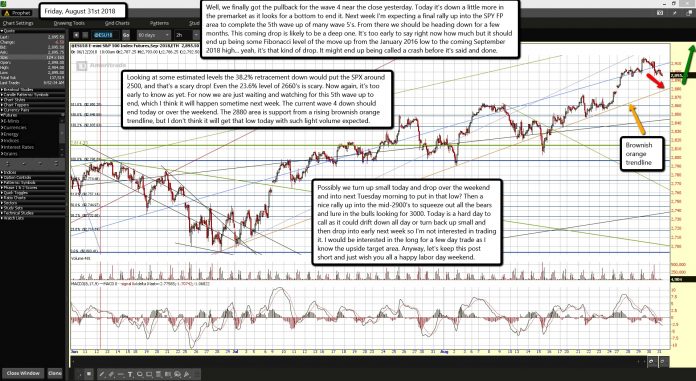 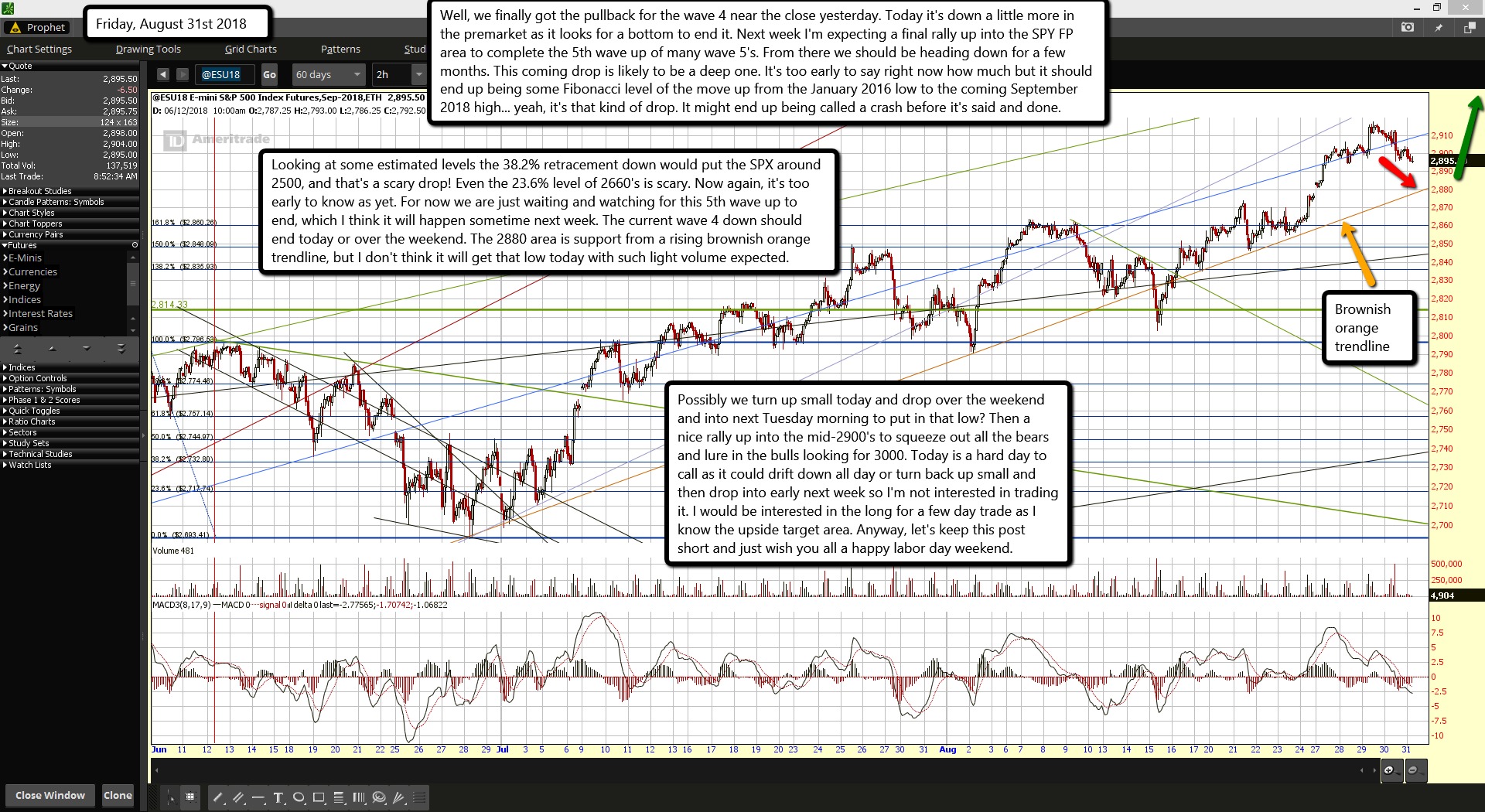 Well, we finally got the pullback for the wave 4 near the close yesterday. Today it's down a little more in the premarket as it looks for a bottom to end it. Next week I'm expecting a final rally up into the SPY FP area to complete the 5th wave up of many wave 5's. From there we should be heading down for a few months. This coming drop is likely to be a deep one. It's too early to say right now how much but it should end up being some Fibonacci level of the move up from the January 2016 low to the coming September 2018 high... yeah, it's that kind of drop. It might end up being called a crash before it's said and done.

Looking at some estimated levels the 38.2% retracement down would put the SPX around 2500, and that's a scary drop! Even the 23.6% level of 2660's is scary. Now again, it's too early to know as yet. For now we are just waiting and watching for this 5th wave up to end, which I think it will happen sometime next week. The current wave 4 down should end today or over the weekend. The 2880 area is support from a rising brownish orange trendline, but I don't think it will get that low today with such light volume expected.

Possibly we turn up small today and drop over the weekend and into next Tuesday morning to put in that low? Then a nice rally up into the mid-2900's to squeeze out all the bears and lure in the bulls looking for 3000. Today is a hard day to call as it could drift down all day or turn back up small and then drop into early next week so I'm not interested in trading it. I would be interested in the long for a few day trade as I know the upside target area. Anyway, let's keep this post short and just wish you all a happy labor day weekend.