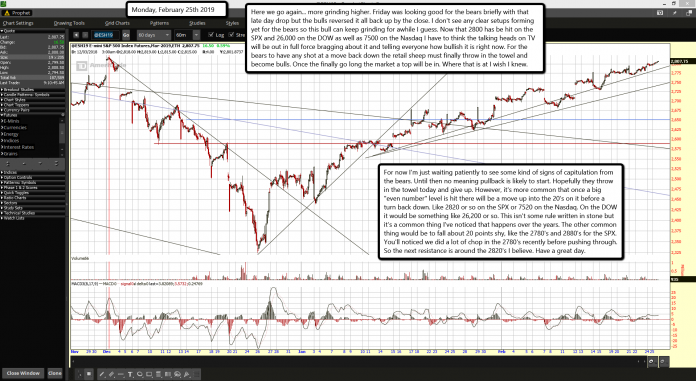 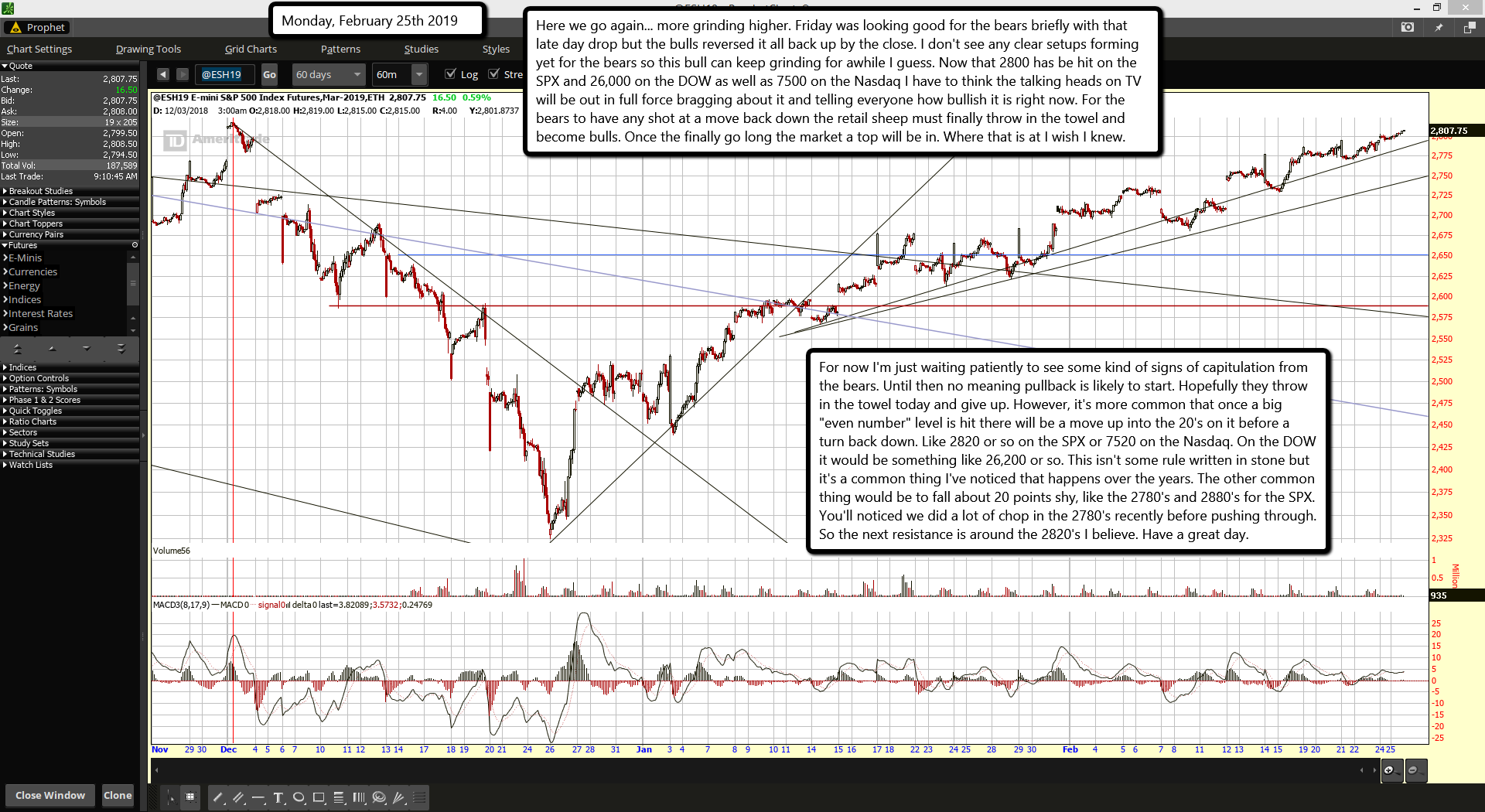 Here we go again... more grinding higher. Friday was looking good for the bears briefly with that late day drop but the bulls reversed it all back up by the close. I don't see any clear setups forming yet for the bears so this bull can keep grinding for awhile I guess. Now that 2800 has be hit on the SPX and 26,000 on the DOW as well as 7500 on the Nasdaq I have to think the talking heads on TV will be out in full force bragging about it and telling everyone how bullish it is right now. For the bears to have any shot at a move back down the retail sheep must finally throw in the towel and become bulls. Once the finally go long the market a top will be in. Where that is at I wish I knew.

For now I'm just waiting patiently to see some kind of signs of capitulation from the bears. Until then no meaning pullback is likely to start. Hopefully they throw in the towel today and give up. However, it's more common that once a big "even number" level is hit there will be a move up into the 20's on it before a turn back down. Like 2820 or so on the SPX or 7520 on the Nasdaq. On the DOW it would be something like 26,200 or so. This isn't some rule written in stone but it's a common thing I've noticed that happens over the years. The other common thing would be to fall about 20 points shy, like the 2780's and 2880's for the SPX. You'll noticed we did a lot of chop in the 2780's recently before pushing through. So the next resistance is around the 2820's I believe. Have a great day.