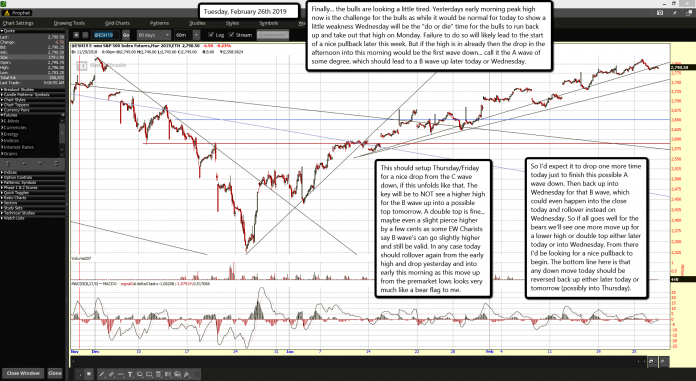 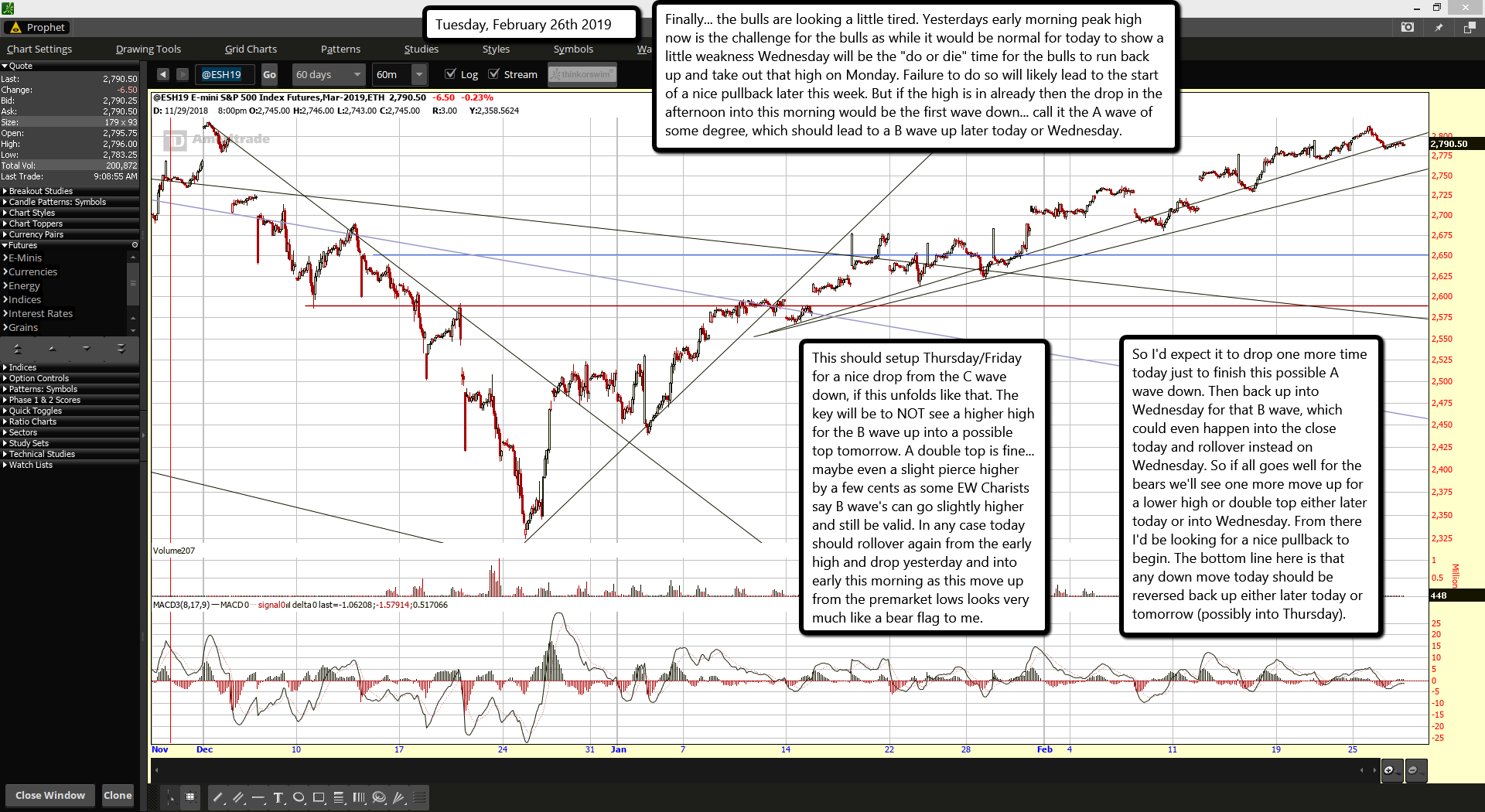 Finally... the bulls are looking a little tired. Yesterdays early morning peak high now is the challenge for the bulls as while it would be normal for today to show a little weakness Wednesday will be the "do or die" time for the bulls to run back up and take out that high on Monday. Failure to do so will likely lead to the start of a nice pullback later this week. But if the high is in already then the drop in the afternoon into this morning would be the first wave down... call it the A wave of some degree, which should lead to a B wave up later today or Wednesday.

This should setup Thursday/Friday for a nice drop from the C wave down, if this unfolds like that. The key will be to NOT see a higher high for the B wave up into a possible top tomorrow. A double top is fine... maybe even a slight pierce higher by a few cents as some EW Charists say B wave's can go slightly higher and still be valid. In any case today should rollover again from the early high and drop yesterday and into early this morning as this move up from the premarket lows looks very much like a bear flag to me.

So I'd expect it to drop one more time today just to finish this possible A wave down. Then back up into Wednesday for that B wave, which could even happen into the close today and rollover instead on Wednesday. So if all goes well for the bears we'll see one more move up for a lower high or double top either later today or into Wednesday. From there I'd be looking for a nice pullback to begin. The bottom line here is that any down move today should be reversed back up either later today or tomorrow (possibly into Thursday).