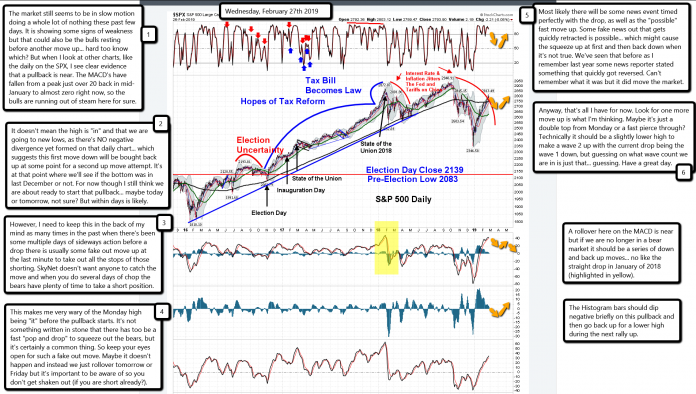 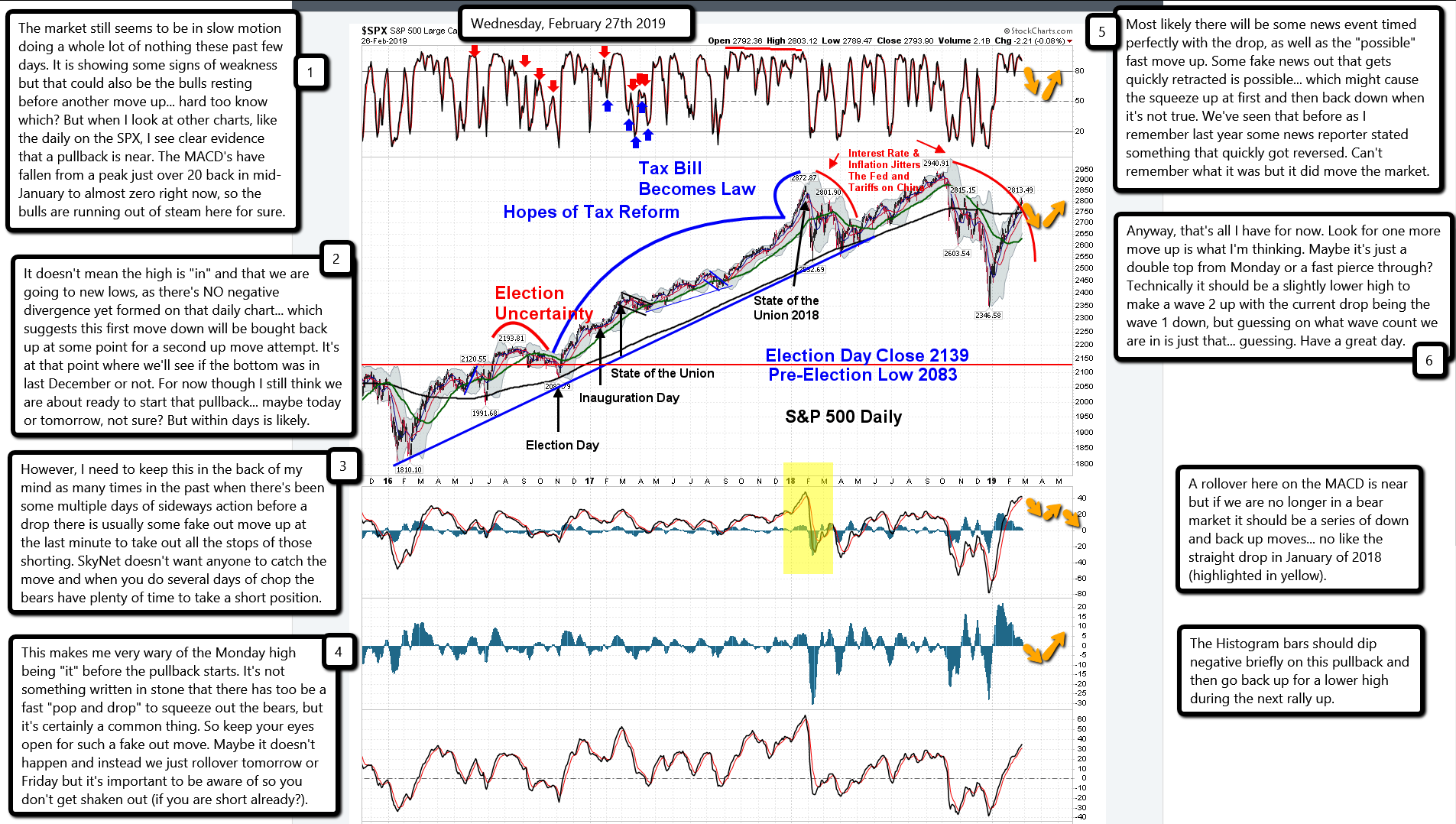 The market still seems to be in slow motion doing a whole lot of nothing these past few days. It is showing some signs of weakness but that could also be the bulls resting before another move up... hard too know which? But when I look at other charts, like the daily on the SPX, I see clear evidence that a pullback is near. The MACD's have fallen from a peak just over 20 back in mid-January to almost zero right now, so the bulls are running out of steam here for sure.

It doesn't mean the high is "in" and that we are going to new lows, as there's NO negative divergence yet formed on that daily chart... which suggests this first move down will be bought back up at some point for a second up move attempt. It's at that point where we'll see if the bottom was in last December or not. For now though I still think we are about ready to start that pullback... maybe today or tomorrow, not sure? But within days is likely.

However, I need to keep this in the back of my mind as many times in the past when there's been some multiple days of sideways action before a drop there is usually some fake out move up at the last minute to take out all the stops of those shorting. SkyNet doesn't want anyone to catch the move and when you do several days of chop the bears have plenty of time to take a short position.

This makes me very wary of the Monday high being "it" before the pullback starts. It's not something written in stone that there has too be a fast "pop and drop" to squeeze out the bears, but it's certainly a common thing. So keep your eyes open for such a fake out move. Maybe it doesn't happen and instead we just rollover tomorrow or Friday but it's important to be aware of so you don't get shaken out (if you are short already?).

Most likely there will be some news event timed perfectly with the drop, as well as the "possible" fast move up. Some fake news out that gets quickly retracted is possible... which might cause the squeeze up at first and then back down when it's not true. We've seen that before as I remember last year some news reporter stated something that quickly got reversed. Can't remember what it was but it did move the market.

Anyway, that's all I have for now. Look for one more move up is what I'm thinking. Maybe it's just a double top from Monday or a fast pierce through? Technically it should be a slightly lower high to make a wave 2 up with the current drop being the wave 1 down, but guessing on what wave count we are in is just that... guessing. Have a great day.