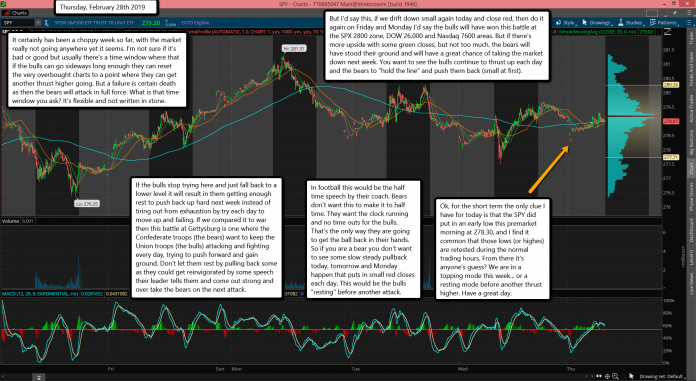 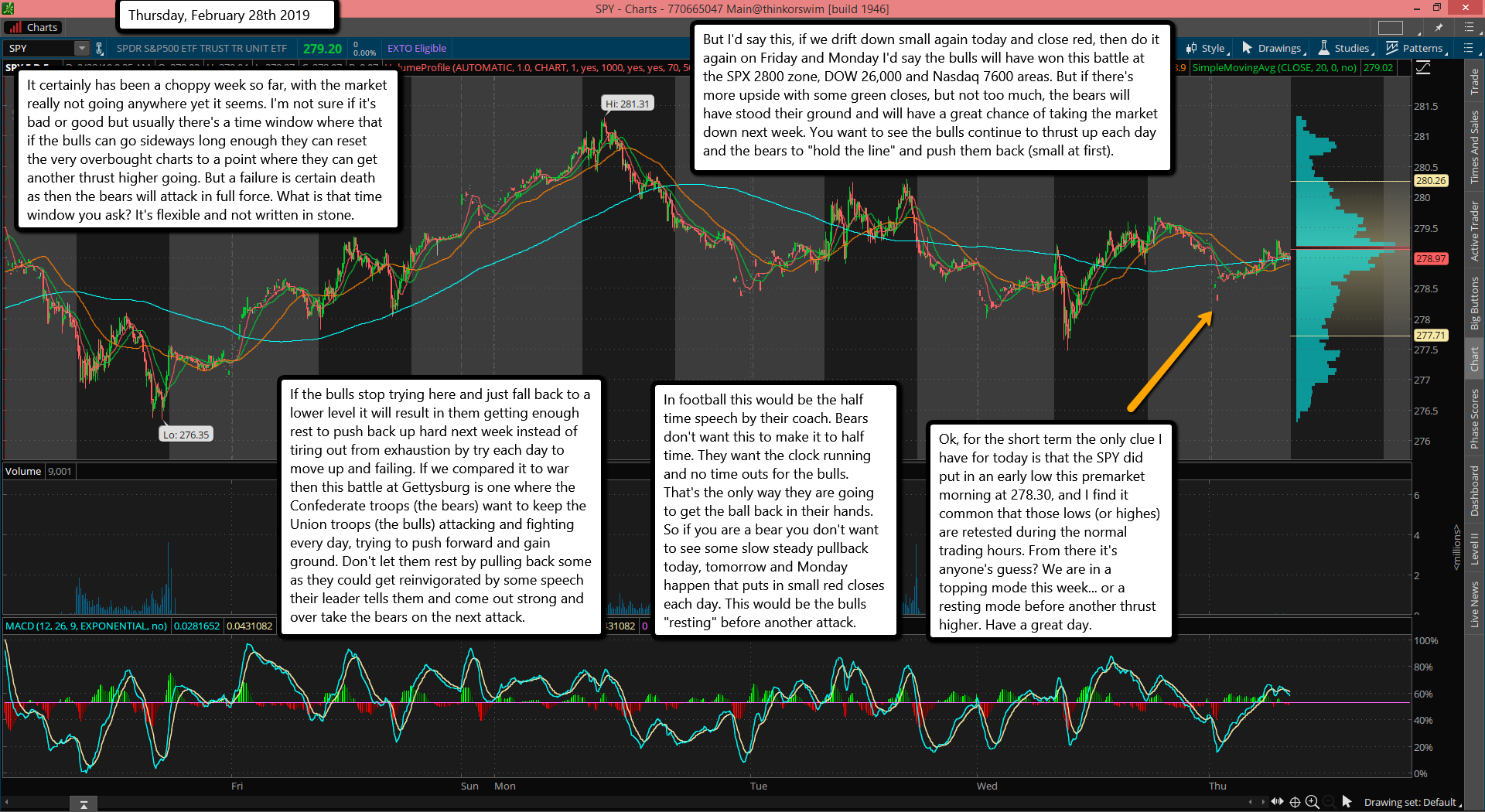 It certainly has been a choppy week so far, with the market really not going anywhere yet it seems. I'm not sure if it's bad or good but usually there's a time window where that if the bulls can go sideways long enough they can reset the very overbought charts to a point where they can get another thrust higher going. But a failure is certain death as then the bears will attack in full force. What is that time window you ask? It's flexible and not written in stone.

But I'd say this, if we drift down small again today and close red, then do it again on Friday and Monday I'd say the bulls will have won this battle at the SPX 2800 zone, DOW 26,000 and Nasdaq 7600 areas. But if there's more upside with some green closes, but not too much, the bears will have stood their ground and will have a great chance of taking the market down next week. You want to see the bulls continue to thrust up each day and the bears to "hold the line" and push them back (small at first).

If the bulls stop trying here and just fall back to a lower level it will result in them getting enough rest to push back up hard next week instead of tiring out from exhaustion by try each day to move up and failing. If we compared it to war then this battle at Gettysburg is one where the Confederate troops (the bears) want to keep the Union troops (the bulls) attacking and fighting every day, trying to push forward and gain ground. Don't let them rest by pulling back some as they could get reinvigorated by some speech their leader tells them and come out strong and over take the bears on the next attack.

In football this would be the half time speech by their coach. Bears don't want this to make it to half time. They want the clock running and no time outs for the bulls. That's the only way they are going to get the ball back in their hands. So if you are a bear you don't want to see some slow steady pullback today, tomorrow and Monday happen that puts in small red closes each day. This would be the bulls "resting" before another attack.

Ok, for the short term the only clue I have for today is that the SPY did put in an early low this premarket morning at 278.30, and I find it common that those lows (or highes) are retested during the normal trading hours. From there it's anyone's guess? We are in a topping mode this week... or a resting mode before another thrust higher. Have a great day.