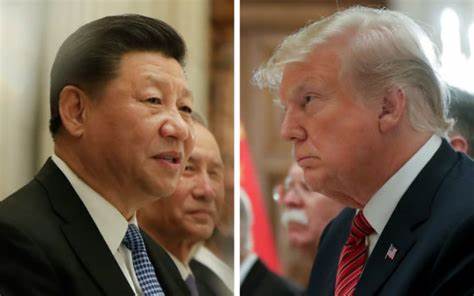 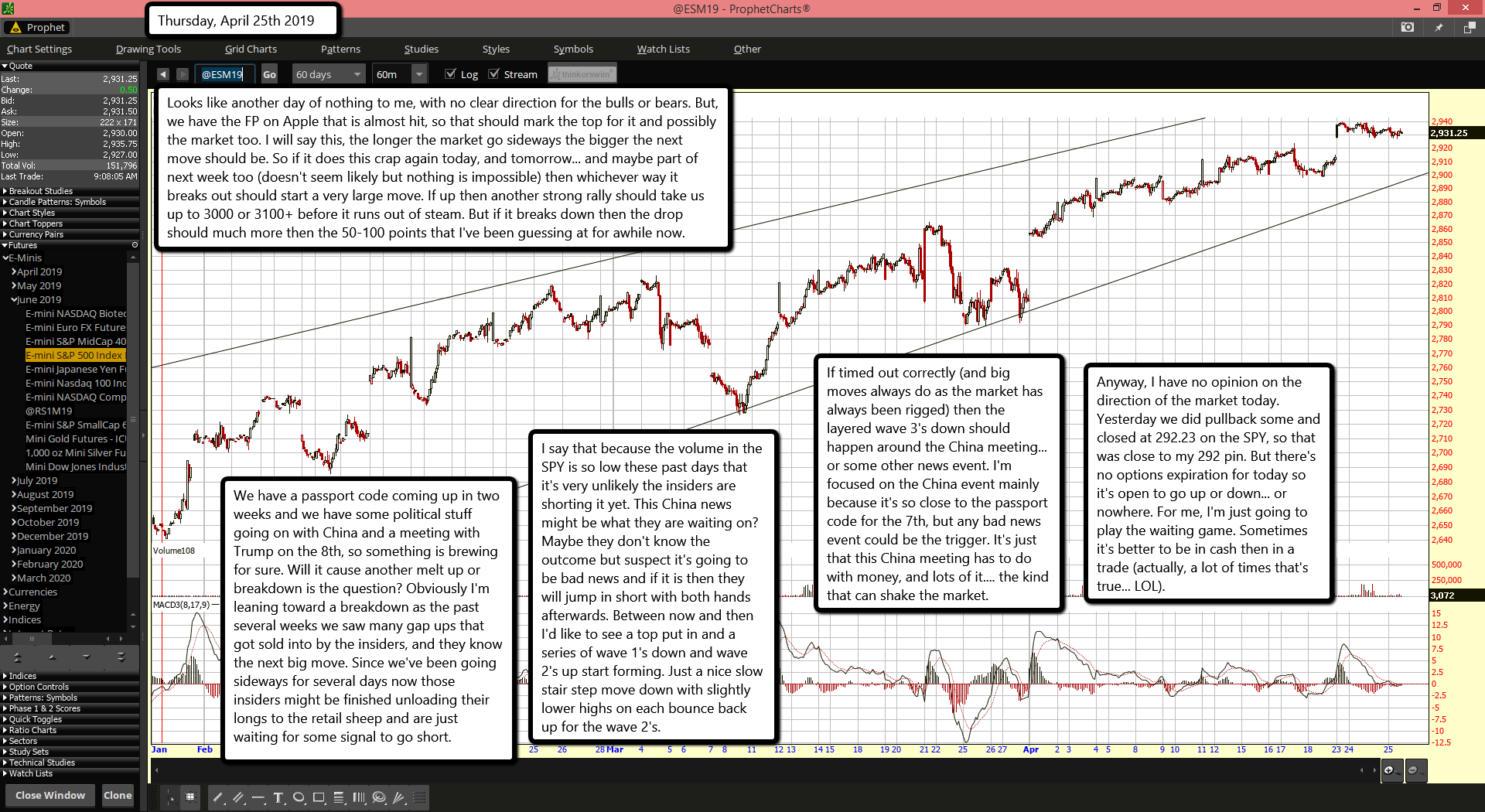 Looks like another day of nothing to me, with no clear direction for the bulls or bears. But, we have the FP on Apple that is almost hit, so that should mark the top for it and possibly the market too. I will say this, the longer the market go sideways the bigger the next move should be. So if it does this crap again today, and tomorrow... and maybe part of next week too (doesn't seem likely but nothing is impossible) then whichever way it breaks out should start a very large move. If up then another strong rally should take us up to 3000 or 3100+ before it runs out of steam. But if it breaks down then the drop should much more then the 50-100 points that I've been guessing at for awhile now.

We have a passport code coming up in two weeks and we have some political stuff going on with China and a meeting with Trump on the 8th, so something is brewing for sure. Will it cause another melt up or breakdown is the question? Obviously I'm leaning toward a breakdown as the past several weeks we saw many gap ups that got sold into by the insiders, and they know the next big move. Since we've been going sideways for several days now those insiders might be finished unloading their longs to the retail sheep and are just waiting for some signal to go short.

I say that because the volume in the SPY is so low these past days that it's very unlikely the insiders are shorting it yet. This China news might be what they are waiting on? Maybe they don't know the outcome but suspect it's going to be bad news and if it is then they will jump in short with both hands afterwards. Between now and then I'd like to see a top put in and a series of wave 1's down and wave 2's up start forming. Just a nice slow stair step move down with slightly lower highs on each bounce back up for the wave 2's.

If timed out correctly (and big moves always do as the market has always been rigged) then the layered wave 3's down should happen around the China meeting... or some other news event. I'm focused on the China event mainly because it's so close to the passport code for the 7th, but any bad news event could be the trigger. It's just that this China meeting has to do with money, and lots of it.... the kind that can shake the market.

Anyway, I have no opinion on the direction of the market today. Yesterday we did pullback some and closed at 292.23 on the SPY, so that was close to my 292 pin. But there's no options expiration for today so it's open to go up or down... or nowhere. For me, I'm just going to play the waiting game. Sometimes it's better to be in cash then in a trade (actually, a lot of times that's true... LOL).