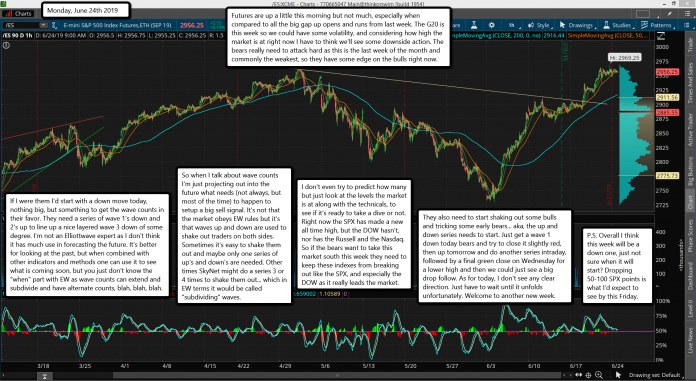 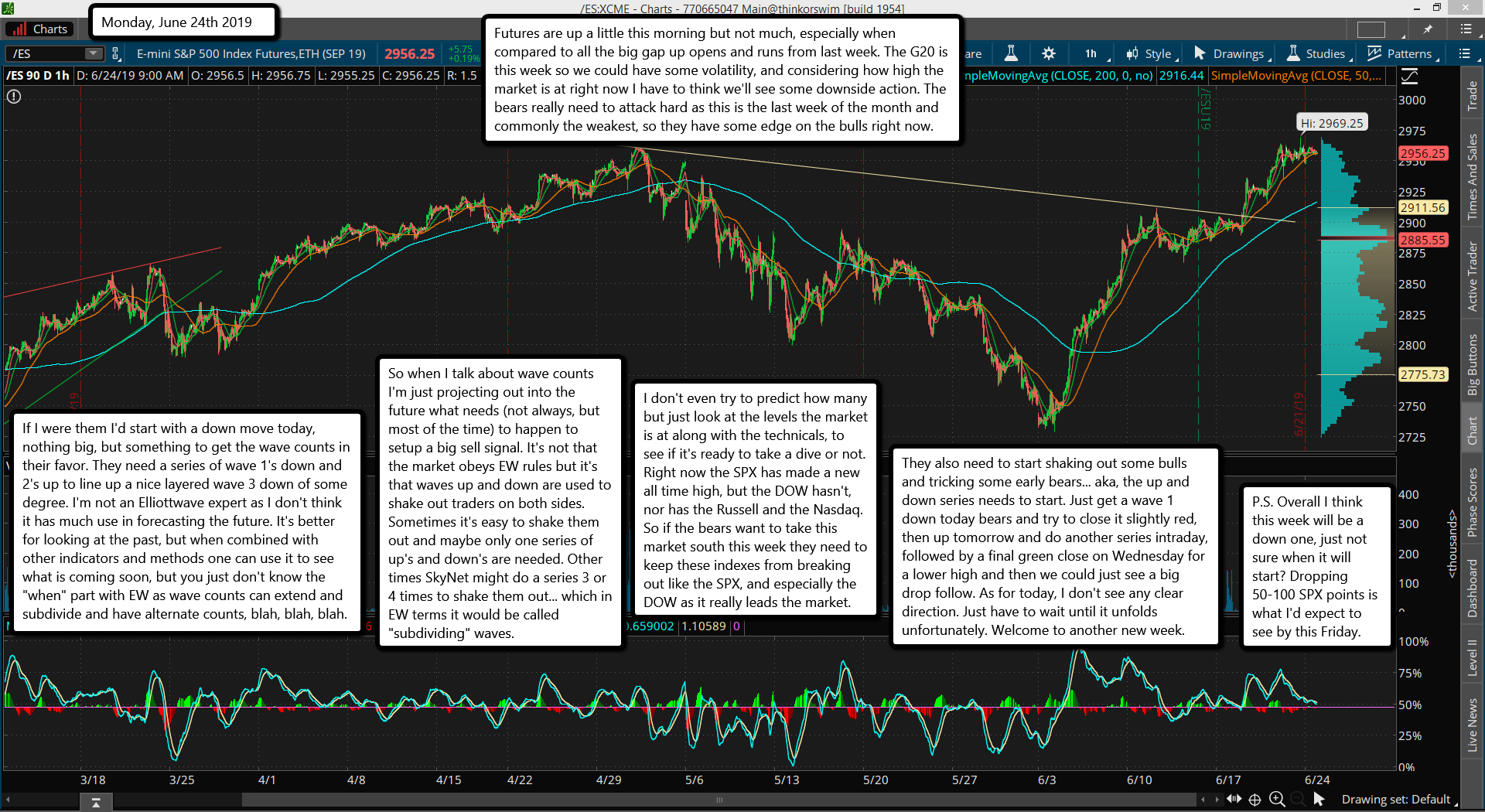 Futures are up a little this morning but not much, especially when compared to all the big gap up opens and runs from last week. The G20 is this week so we could have some volatility, and considering how high the market is at right now I have to think we'll see some downside action. The bears really need to attack hard as this is the last week of the month and commonly the weakest, so they have some edge on the bulls right now.

If I were them I'd start with a down move today, nothing big, but something to get the wave counts in their favor. They need a series of wave 1's down and 2's up to line up a nice layered wave 3 down of some degree. I'm not an Elliottwave expert as I don't think it has much use in forecasting the future. It's better for looking at the past, but when combined with other indicators and methods one can use it to see what is coming soon, but you just don't know the "when" part with EW as wave counts can extend and subdivide and have alternate counts, blah, blah, blah.

So when I talk about wave counts I'm just projecting out into the future what needs (not always, but most of the time) to happen to setup a big sell signal. It's not that the market obeys EW rules but it's that waves up and down are used to shake out traders on both sides. Sometimes it's easy to shake them out and maybe only one series of up's and down's are needed. Other times SkyNet might do a series 3 or 4 times to shake them out... which in EW terms it would be called "subdividing" waves.

I don't even try to predict how many but just look at the levels the market is at along with the technicals, to see if it's ready to take a dive or not. Right now the SPX has made a new all time high, but the DOW hasn't, nor has the Russell and the Nasdaq. So if the bears want to take this market south this week they need to keep these indexes from breaking out like the SPX, and especially the DOW as it really leads the market.

They also need to start shaking out some bulls and tricking some early bears... aka, the up and down series needs to start. Just get a wave 1 down today bears and try to close it slightly red, then up tomorrow and do another series intraday, followed by a final green close on Wednesday for a lower high and then we could just see a big drop follow. As for today, I don't see any clear direction. Just have to wait until it unfolds unfortunately. Welcome to another new week.

P.S. Overall I think this week will be a down one, just not sure when it will start? Dropping 50-100 SPX points is what I'd expect to see by this Friday.