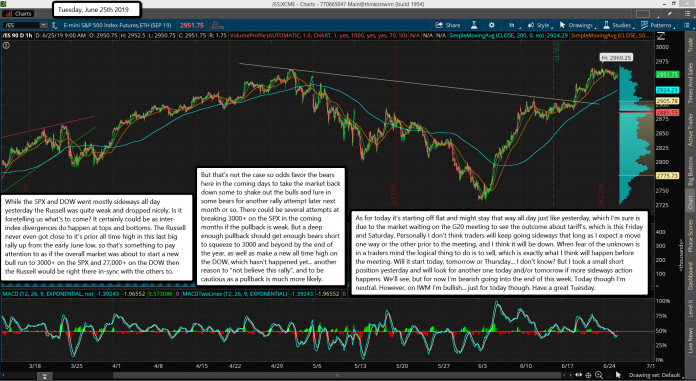 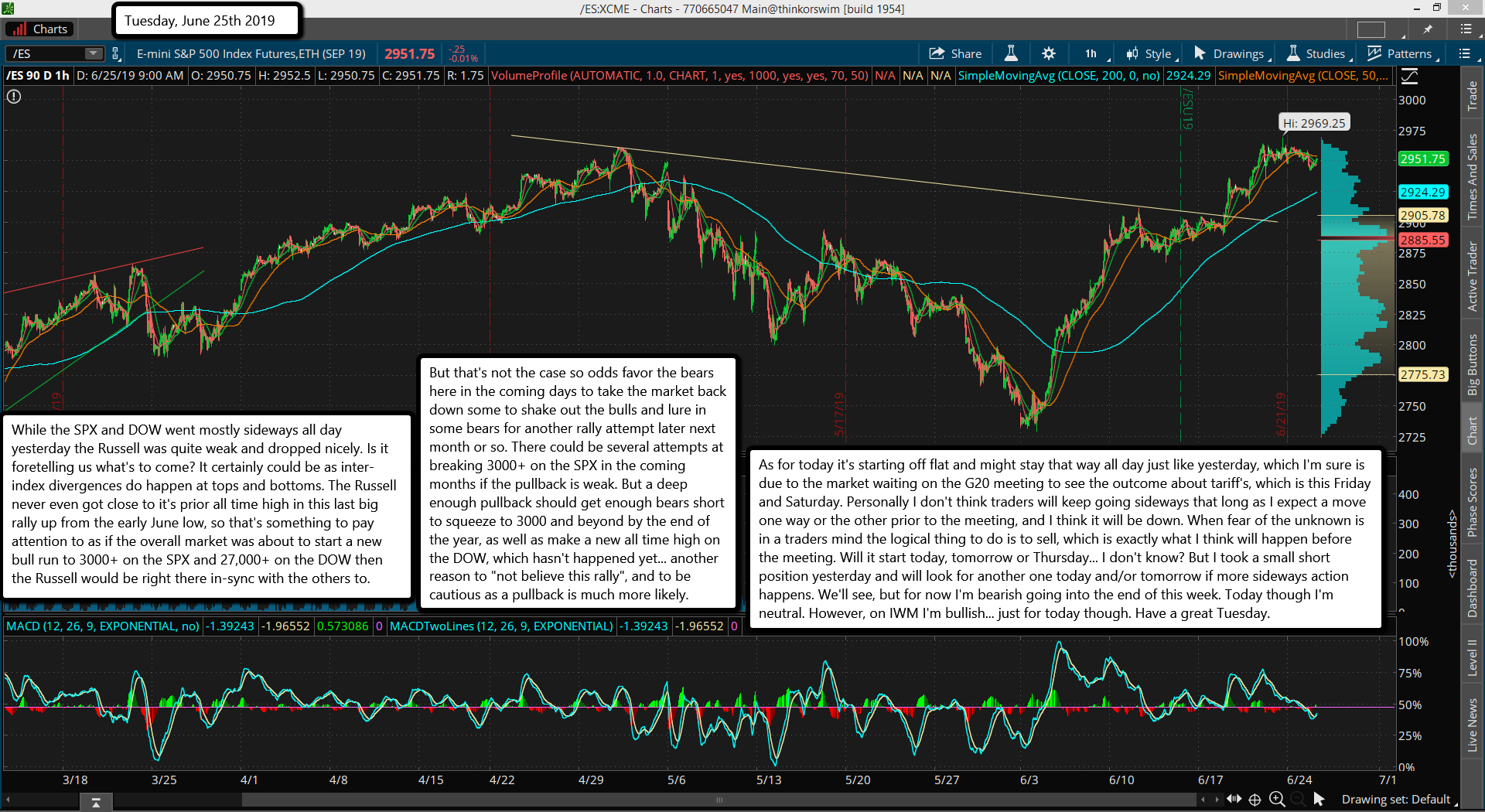 While the SPX and DOW went mostly sideways all day yesterday the Russell was quite weak and dropped nicely. Is it foretelling us what's to come? It certainly could be as inter-index divergences do happen at tops and bottoms. The Russell never even got close to it's prior all time high in this last big rally up from the early June low, so that's something to pay attention to as if the overall market was about to start a new bull run to 3000+ on the SPX and 27,000+ on the DOW then the Russell would be right there in-sync with the others to.

But that's not the case so odds favor the bears here in the coming days to take the market back down some to shake out the bulls and lure in some bears for another rally attempt later next month or so. There could be several attempts at breaking 3000+ on the SPX in the coming months if the pullback is weak. But a deep enough pullback should get enough bears short to squeeze to 3000 and beyond by the end of the year, as well as make a new all time high on the DOW, which hasn't happened yet... another reason to "not believe this rally", and to be cautious as a pullback is much more likely.

As for today it's starting off flat and might stay that way all day just like yesterday, which I'm sure is due to the market waiting on the G20 meeting to see the outcome about tariff's, which is this Friday and Saturday. Personally I don't think traders will keep going sideways that long as I expect a move one way or the other prior to the meeting, and I think it will be down. When fear of the unknown is in a traders mind the logical thing to do is to sell, which is exactly what I think will happen before the meeting. Will it start today, tomorrow or Thursday... I don't know? But I took a small short position yesterday and will look for another one today and/or tomorrow if more sideways action happens. We'll see, but for now I'm bearish going into the end of this week. Today though I'm neutral. However, on IWM I'm bullish... just for today though. Have a great Tuesday.