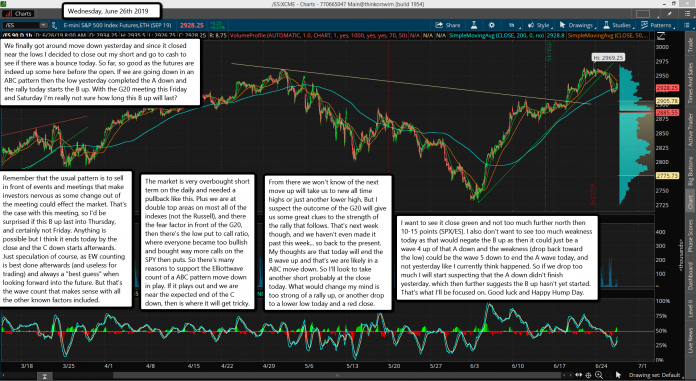 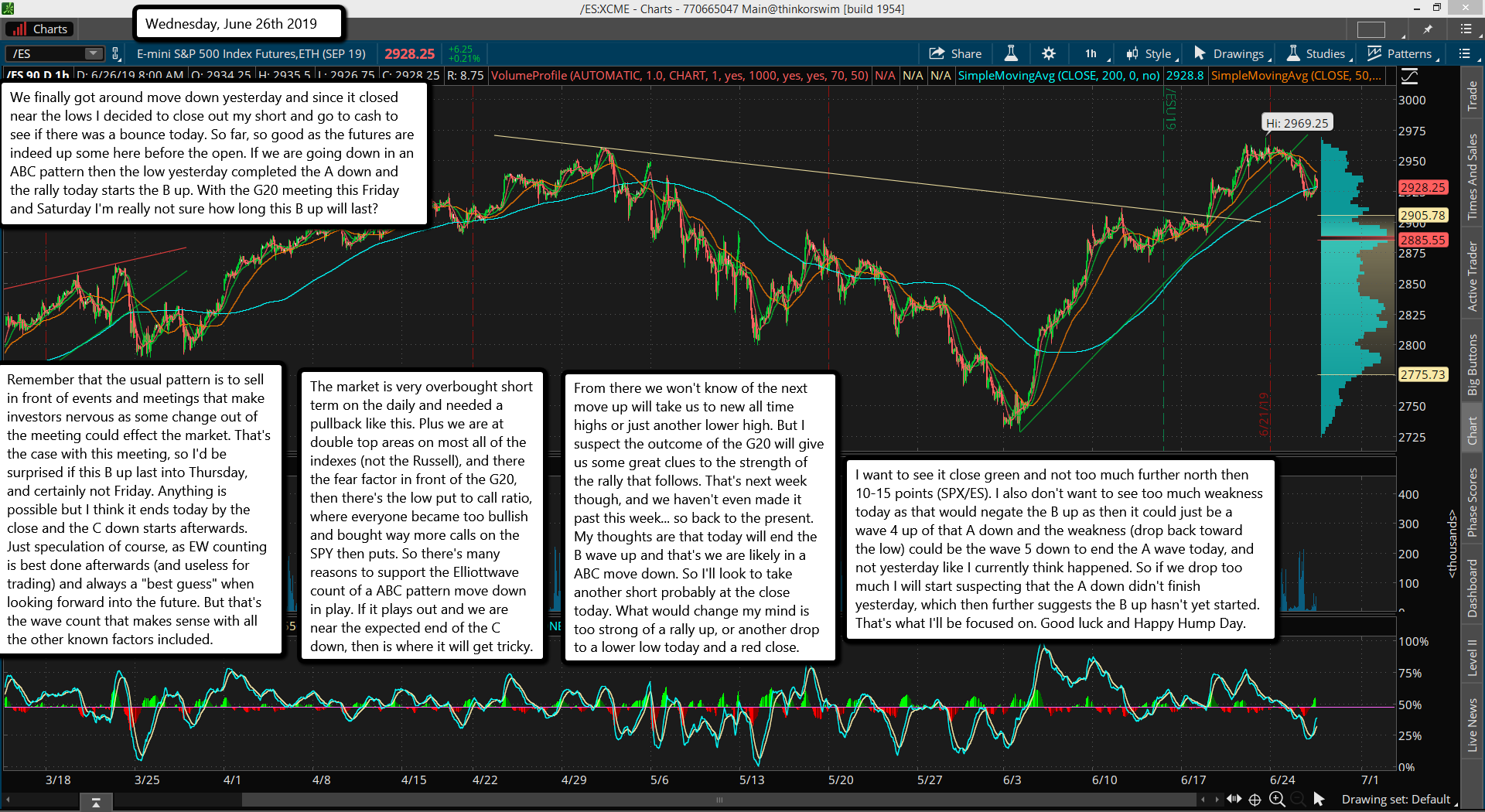 We finally got around move down yesterday and since it closed near the lows I decided to close out my short and go to cash to see if there was a bounce today. So far, so good as the futures are indeed up some here before the open. If we are going down in an ABC pattern then the low yesterday completed the A down and the rally today starts the B up. With the G20 meeting this Friday and Saturday I'm really not sure how long this B up will last?

Remember that the usual pattern is to sell in front of events and meetings that make investors nervous as some change out of the meeting could effect the market. That's the case with this meeting, so I'd be surprised if this B up last into Thursday, and certainly not Friday. Anything is possible but I think it ends today by the close and the C down starts afterwards. Just speculation of course, as EW counting is best done afterwards (and useless for trading) and always a "best guess" when looking forward into the future. But that's the wave count that makes sense with all the other known factors included.

The market is very overbought short term on the daily and needed a pullback like this. Plus we are at double top areas on most all of the indexes (not the Russell), and there the fear factor in front of the G20, then there's the low put to call ratio, where everyone became too bullish and bought way more calls on the SPY then puts. So there's many reasons to support the Elliottwave count of a ABC pattern move down in play. If it plays out and we are near the expected end of the C down, then is where it will get tricky.

From there we won't know of the next move up will take us to new all time highs or just another lower high. But I suspect the outcome of the G20 will give us some great clues to the strength of the rally that follows. That's next week though, and we haven't even made it past this week... so back to the present. My thoughts are that today will end the B wave up and that's we are likely in a ABC move down. So I'll look to take another short probably at the close today. What would change my mind is too strong of a rally up, or another drop to a lower low today and a red close.

I want to see it close green and not too much further north then 10-15 points (SPX/ES). I also don't want to see too much weakness today as that would negate the B up as then it could just be a wave 4 up of that A down and the weakness (drop back toward the low) could be the wave 5 down to end the A wave today, and not yesterday like I currently think happened. So if we drop too much I will start suspecting that the A down didn't finish yesterday, which then further suggests the B up hasn't yet started. That's what I'll be focused on. Good luck and Happy Hump Day.