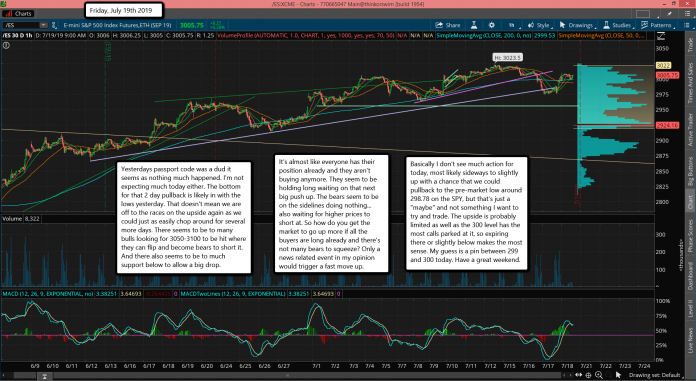 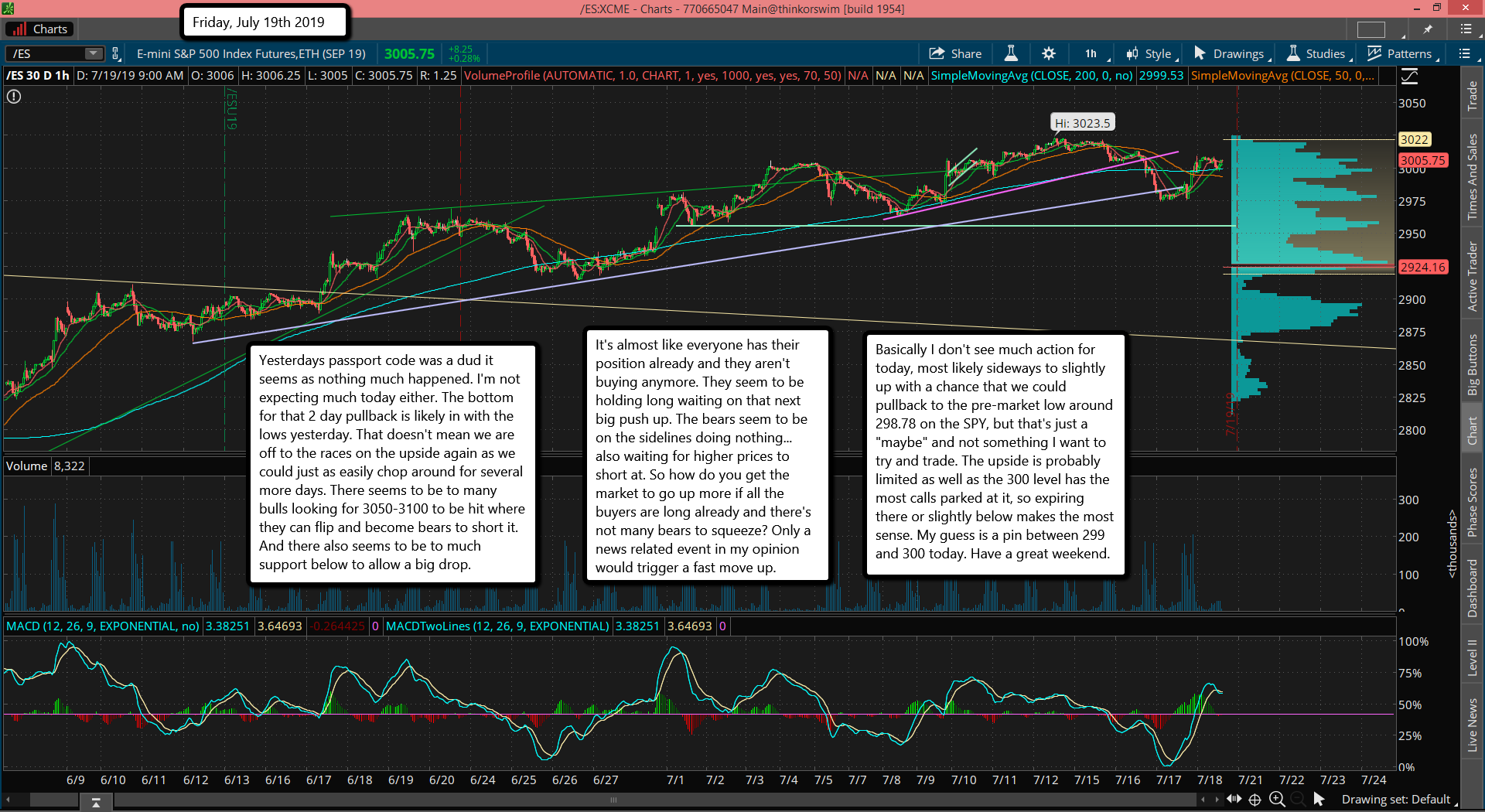 Yesterdays passport code was a dud it seems as nothing much happened. I'm not expecting much today either. The bottom for that 2 day pullback is likely in with the lows yesterday. That doesn't mean we are off to the races on the upside again as we could just as easily chop around for several more days. There seems to be to many bulls looking for 3050-3100 to be hit where they can flip and become bears to short it. And there also seems to be to much support below to allow a big drop.

It's almost like everyone has their position already and they aren't buying anymore. They seem to be holding long waiting on that next big push up. The bears seem to be on the sidelines doing nothing... also waiting for higher prices to short at. So how do you get the market to go up more if all the buyers are long already and there's not many bears to squeeze? Only a news related event in my opinion would trigger a fast move up.

Basically I don't see much action for today, most likely sideways to slightly up with a chance that we could pullback to the pre-market low around 298.78 on the SPY, but that's just a "maybe" and not something I want to try and trade. The upside is probably limited as well as the 300 level has the most calls parked at it, so expiring there or slightly below makes the most sense. My guess is a pin between 299 and 300 today. Have a great weekend. 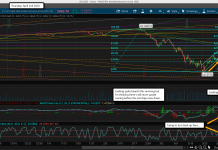