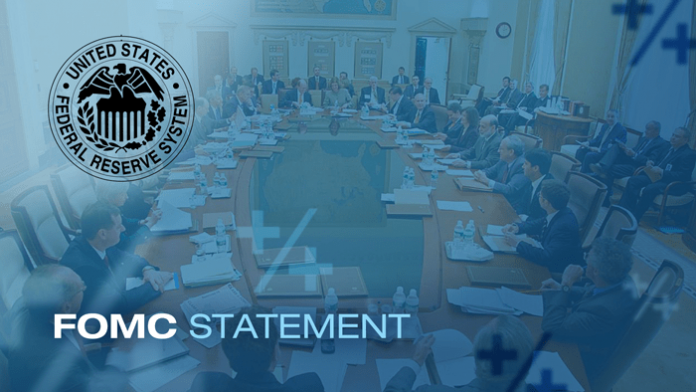 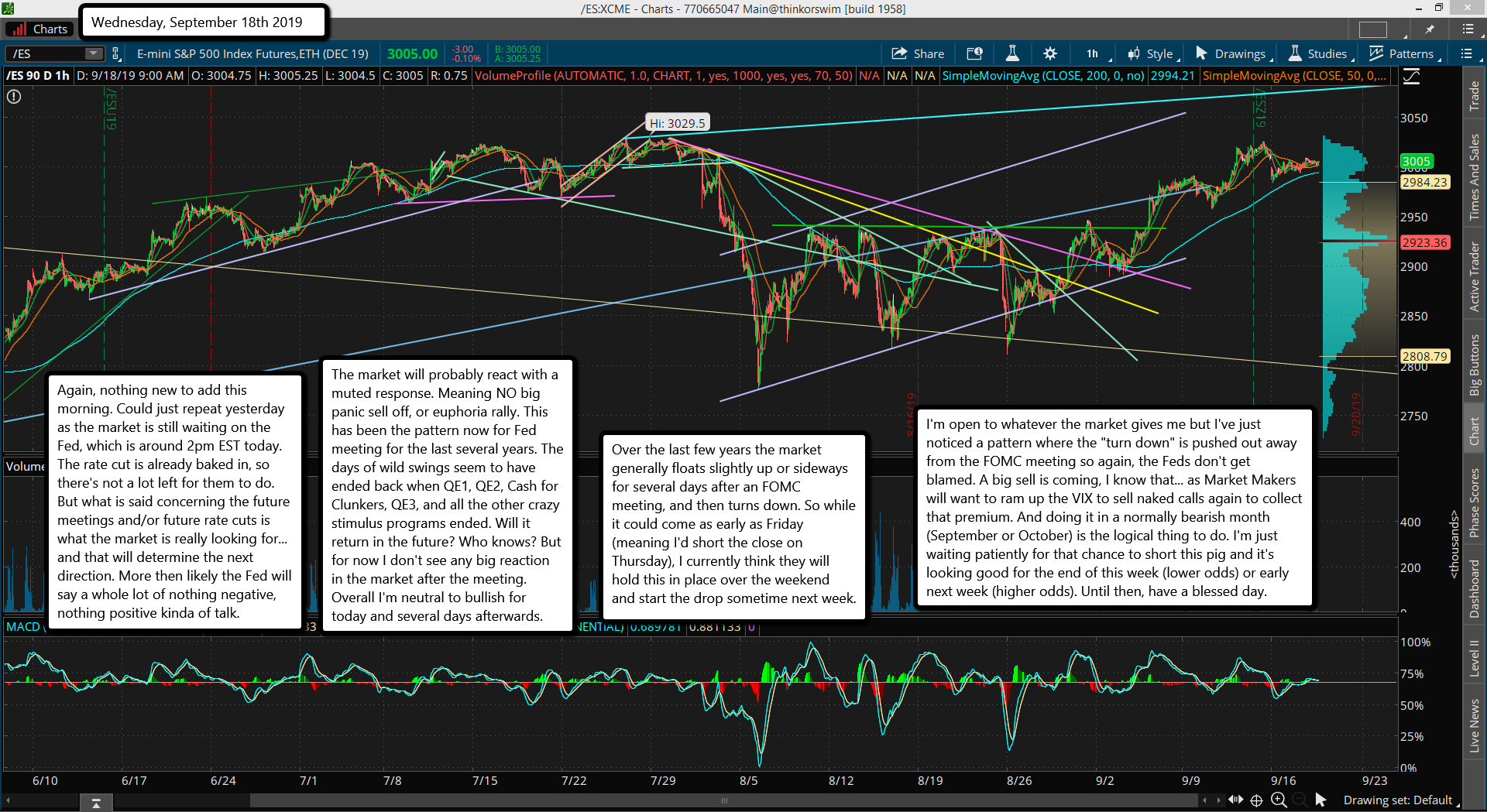 Again, nothing new to add this morning. Could just repeat yesterday as the market is still waiting on the Fed, which is around 2pm EST today. The rate cut is already baked in, so there's not a lot left for them to do. But what is said concerning the future meetings and/or future rate cuts is what the market is really looking for... and that will determine the next direction. More then likely the Fed will say a whole lot of nothing negative, nothing positive kinda of talk.

The market will probably react with a muted response. Meaning NO big panic sell off, or euphoria rally. This has been the pattern now for Fed meeting for the last several years. The days of wild swings seem to have ended back when QE1, QE2, Cash for Clunkers, QE3, and all the other crazy stimulus programs ended. Will it return in the future? Who knows? But for now I don't see any big reaction in the market after the meeting. Overall I'm neutral to bullish for today and several days afterwards.

Over the last few years the market generally floats slightly up or sideways for several days after an FOMC meeting, and then turns down. So while it could come as early as Friday (meaning I'd short the close on Thursday), I currently think they will hold this in place over the weekend and start the drop sometime next week.

I'm open to whatever the market gives me but I've just noticed a pattern where the "turn down" is pushed out away from the FOMC meeting so again, the Feds don't get blamed. A big sell is coming, I know that... as Market Makers will want to ram up the VIX to sell naked calls again to collect that premium. And doing it in a normally bearish month (September or October) is the logical thing to do. I'm just waiting patiently for that chance to short this pig and it's looking good for the end of this week (lower odds) or early next week (higher odds). Until then, have a blessed day.