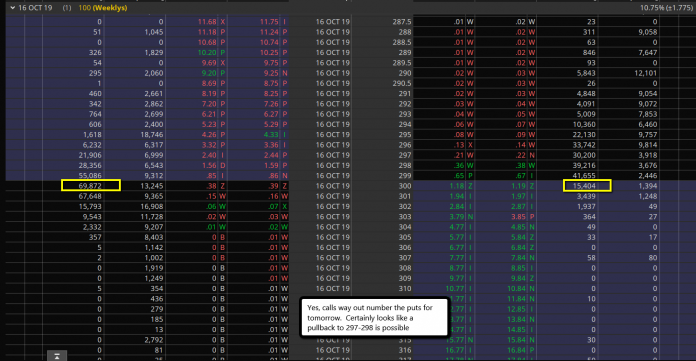 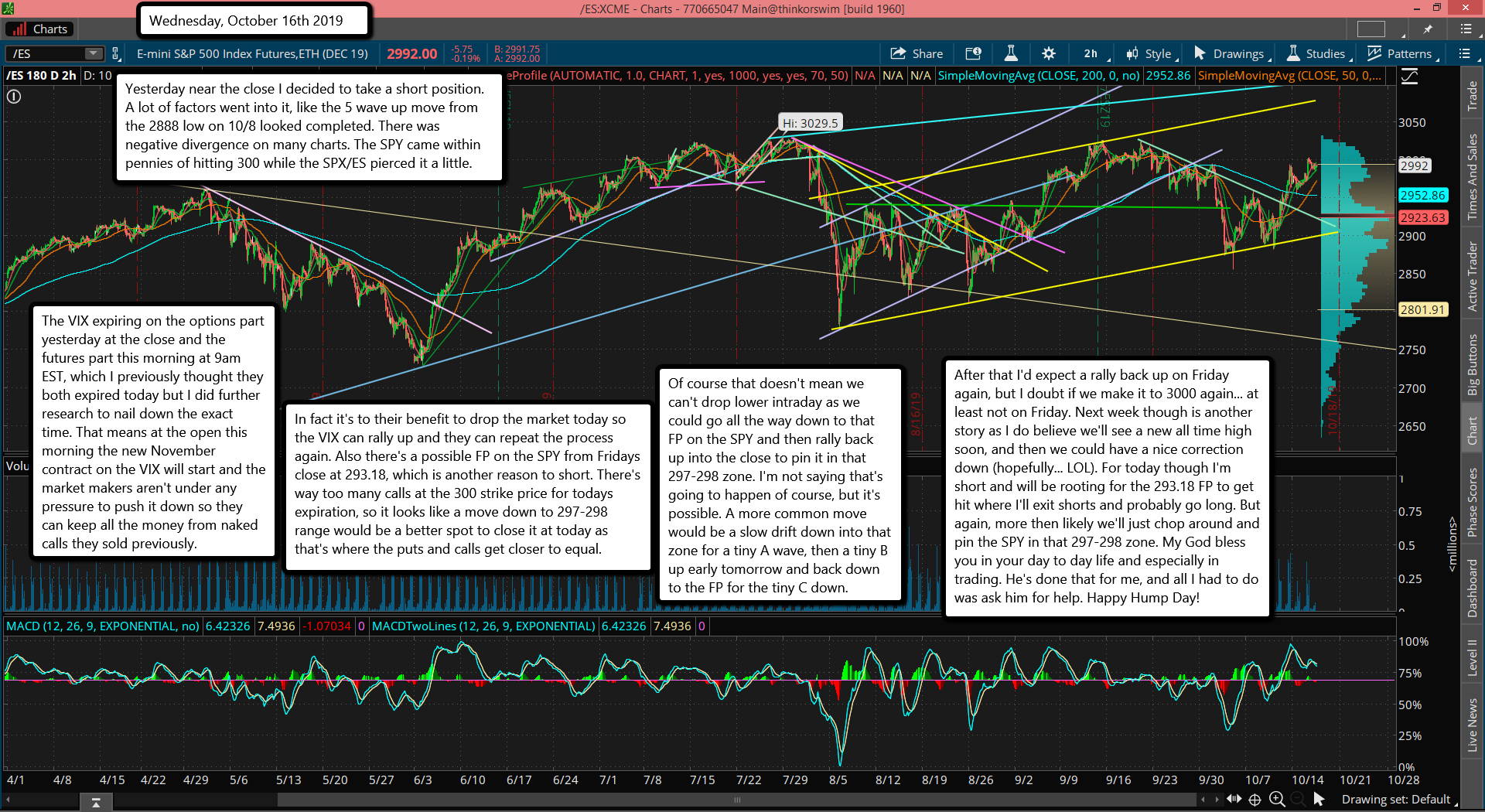 Yesterday near the close I decided to take a short position. A lot of factors went into it, like the 5 wave up move from the 2888 low on 10/8 looked completed. There was negative divergence on many charts. The SPY came within pennies of hitting 300 while the SPX/ES pierced it a little.

The VIX expiring on the options part yesterday at the close and the futures part this morning at 9am EST, which I previously thought they both expired today but I did further research to nail down the exact time. That means at the open this morning the new November contract on the VIX will start and the market makers aren't under any pressure to push it down so they can keep all the money from naked calls they sold previously.

In fact it's to their benefit to drop the market today so the VIX can rally up and they can repeat the process again. Also there's a possible FP on the SPY from Fridays close at 293.18, which is another reason to short. There's way too many calls at the 300 strike price for todays expiration, so it looks like a move down to 297-298 range would be a better spot to close it at today as that's where the puts and calls get closer to equal.

Of course that doesn't mean we can't drop lower intraday as we could go all the way down to that FP on the SPY and then rally back up into the close to pin it in that 297-298 zone. I'm not saying that's going to happen of course, but it's possible. A more common move would be a slow drift down into that zone for a tiny A wave, then a tiny B up early tomorrow and back down to the FP for the tiny C down.

After that I'd expect a rally back up on Friday again, but I doubt if we make it to 3000 again... at least not on Friday. Next week though is another story as I do believe we'll see a new all time high soon, and then we could have a nice correction down (hopefully... LOL). For today though I'm short and will be rooting for the 293.18 FP to get hit where I'll exit shorts and probably go long. But again, more then likely we'll just chop around and pin the SPY in that 297-298 zone. My God bless you in your day to day life and especially in trading. He's done that for me, and all I had to do was ask him for help. Happy Hump Day!