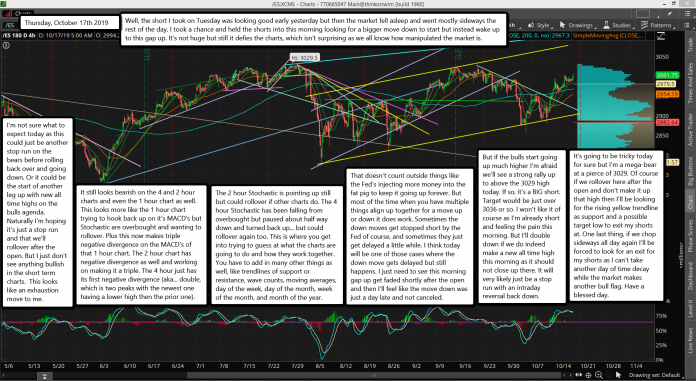 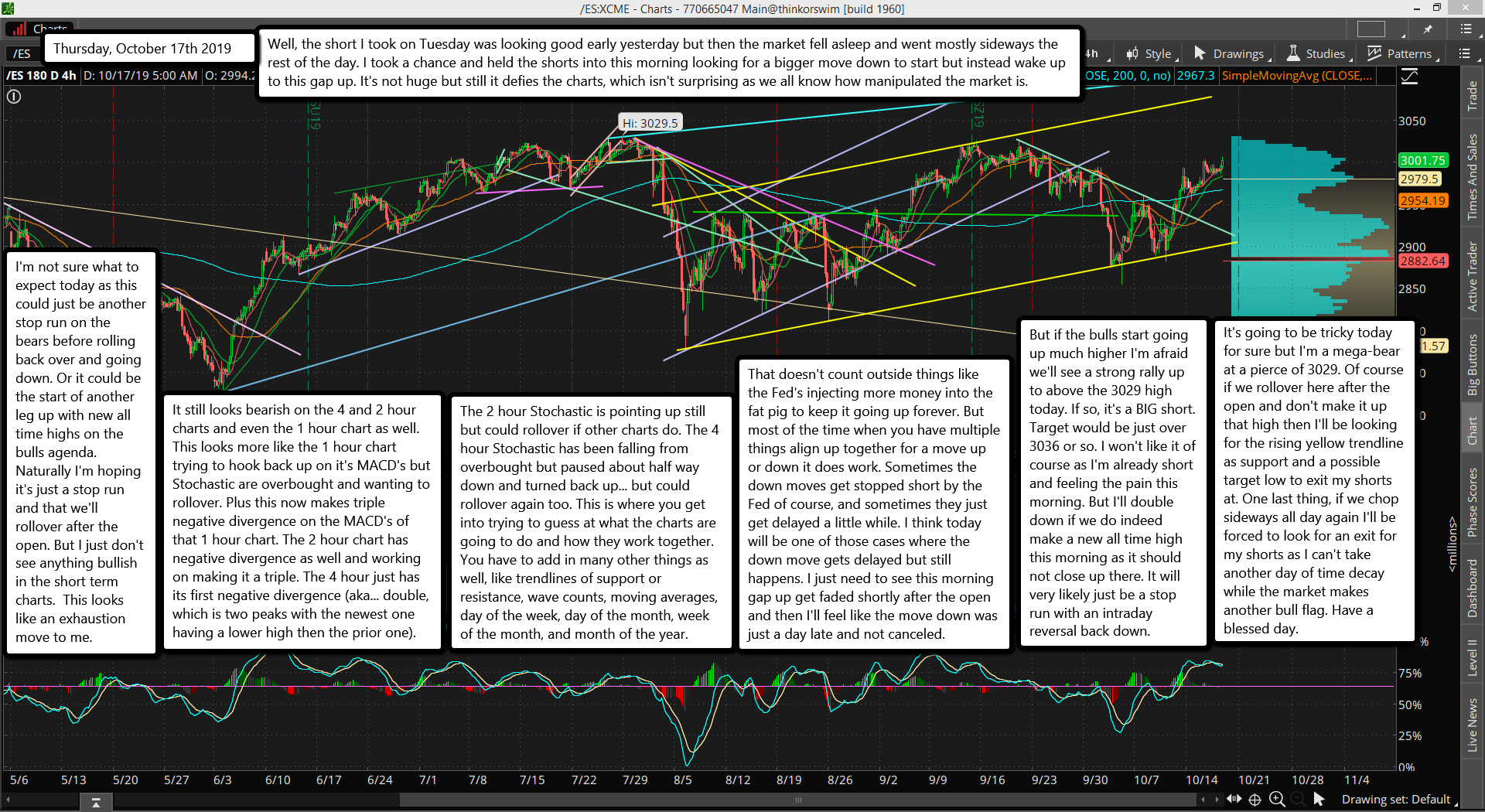 Well, the short I took on Tuesday was looking good early yesterday but then the market fell asleep and went mostly sideways the rest of the day. I took a chance and held the shorts into this morning looking for a bigger move down to start but instead wake up to this gap up. It's not huge but still it defies the charts, which isn't surprising as we all know how manipulated the market is.

I'm not sure what to expect today as this could just be another stop run on the bears before rolling back over and going down. Or it could be the start of another leg up with new all time highs on the bulls agenda. Naturally I'm hoping it's just a stop run and that we'll rollover after the open. But I just don't see anything bullish in the short term charts.  This looks like an exhaustion move to me.

The 2 hour Stochastic is pointing up still but could rollover if other charts do. The 4 hour Stochastic has been falling from overbought but paused about half way down and turned back up... but could rollover again too. This is where you get into trying to guess at what the charts are going to do and how they work together. You have to add in many other things as well, like trendlines of support or resistance, wave counts, moving averages, day of the week, day of the month, week of the month, and month of the year.

That doesn't count outside things like the Fed's injecting more money into the fat pig to keep it going up forever. But most of the time when you have multiple things align up together for a move up or down it does work. Sometimes the down moves get stopped short by the Fed of course, and sometimes they just get delayed a little while. I think today will be one of those cases where the down move gets delayed but still happens. I just need to see this morning gap up get faded shortly after the open and then I'll feel like the move down was just a day late and not canceled.

But if the bulls start going up much higher I'm afraid we'll see a strong rally up to above the 3029 high today. If so, it's a BIG short. Target would be just over 3036 or so. I won't like it of course as I'm already short and feeling the pain this morning. But I'll double down if we do indeed make a new all time high this morning as it should not close up there. It will very likely just be a stop run with an intraday reversal back down.

It's going to be tricky today for sure but I'm a mega-bear at a pierce of 3029. Of course if we rollover here after the open and don't make it up that high then I'll be looking for the rising yellow trendline as support and a possible target low to exit my shorts at. One last thing, if we chop sideways all day again I'll be forced to look for an exit for my shorts as I can't take another day of time decay while the market makes another bull flag. Have a blessed day.