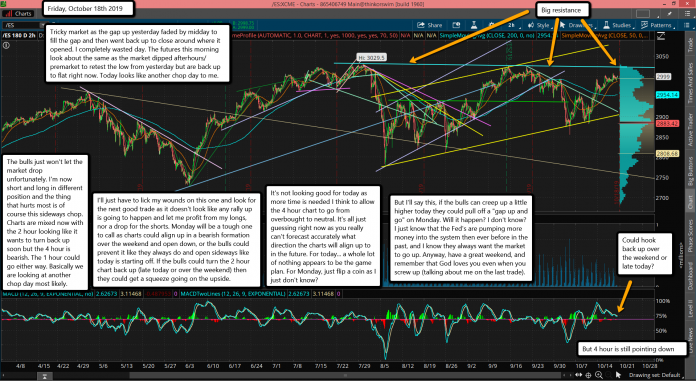 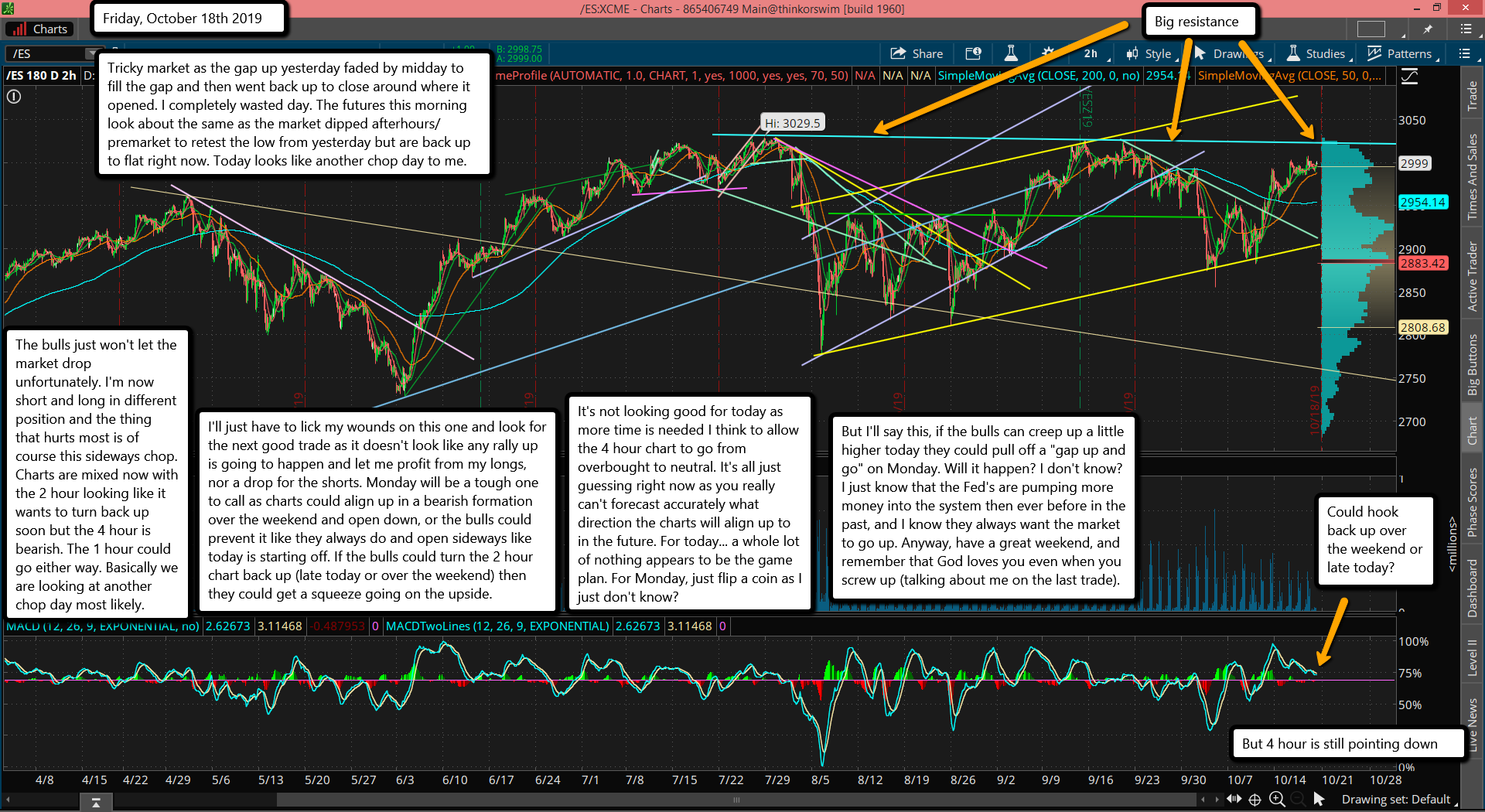 Tricky market as the gap up yesterday faded by midday to fill the gap and then went back up to close around where it opened. I completely wasted day. The futures this morning look about the same as the market dipped afterhours/premarket to retest the low from yesterday but are back up to flat right now. Today looks like another chop day to me.

The bulls just won't let the market drop unfortunately. I'm now short and long in different position and the thing that hurts most is of course this sideways chop. Charts are mixed now with the 2 hour looking like it wants to turn back up soon but the 4 hour is bearish. The 1 hour could go either way. Basically we are looking at another chop day most likely.

I'll just have to lick my wounds on this one and look for the next good trade as it doesn't look like any rally up is going to happen and let me profit from my longs, nor a drop for the shorts. Monday will be a tough one to call as charts could align up in a bearish formation over the weekend and open down, or the bulls could prevent it like they always do and open sideways like today is starting off. If the bulls could turn the 2 hour chart back up (late today or over the weekend) then they could get a squeeze going on the upside.

It's not looking good for today as more time is needed I think to allow the 4 hour chart to go from overbought to neutral. It's all just guessing right now as you really can't forecast accurately what direction the charts will align up to in the future. For today... a whole lot of nothing appears to be the game plan. For Monday, just flip a coin as I just don't know?

But I'll say this, if the bulls can creep up a little higher today they could pull off a "gap up and go" on Monday. Will it happen? I don't know? I just know that the Fed's are pumping more money into the system then ever before in the past, and I know they always want the market to go up. Anyway, have a great weekend, and remember that God loves you even when you screw up (talking about me on the last trade).