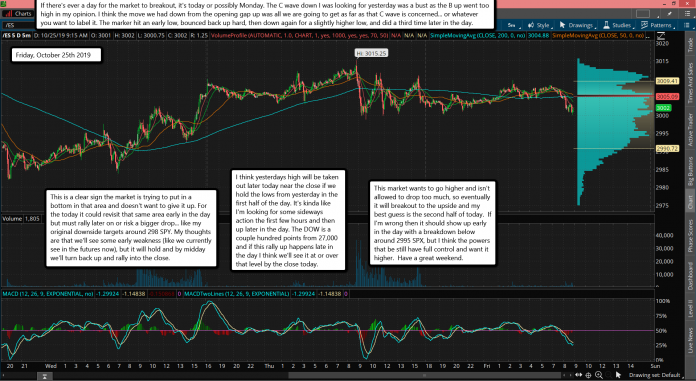 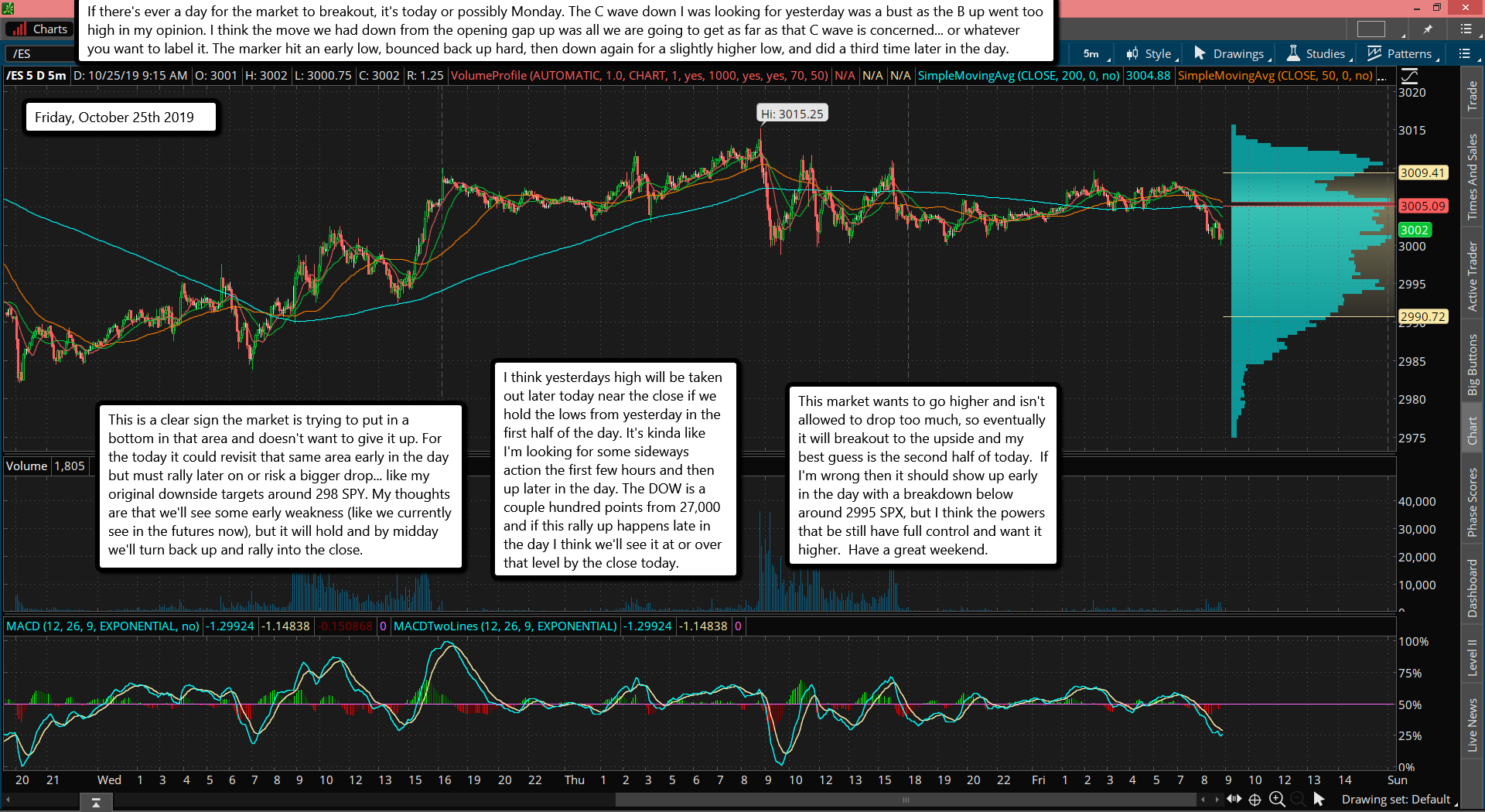 If there's ever a day for the market to breakout, it's today or possibly Monday. The C wave down I was looking for yesterday was a bust as the B up went too high in my opinion. I think the move we had down from the opening gap up was all we are going to get as far as that C wave is concerned... or whatever you want to label it. The marker hit an early low, bounced back up hard, then down again for a slightly higher low, and did a third time later in the day.

This is a clear sign the market is trying to put in a bottom in that area and doesn't want to give it up. For the today it could revisit that same area early in the day but must rally later on or risk a bigger drop... like my original downside targets around 298 SPY. My thoughts are that we'll see some early weakness (like we currently see in the futures now), but it will hold and by midday we'll turn back up and rally into the close.

I think yesterdays high will be taken out later today near the close if we hold the lows from yesterday in the first half of the day. It's kinda like I'm looking for some sideways action the first few hours and then up later in the day. The DOW is a couple hundred points from 27,000 and if this rally up happens late in the day I think we'll see it at or over that level by the close today.

This market wants to go higher and isn't allowed to drop too much, so eventually it will breakout to the upside and my best guess is the second half of today.  If I'm wrong then it should show up early in the day with a breakdown below around 2995 SPX, but I think the powers that be still have full control and want it higher.  Have a great weekend.