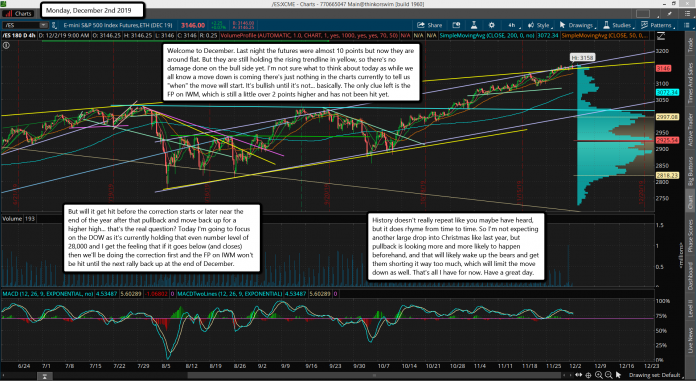 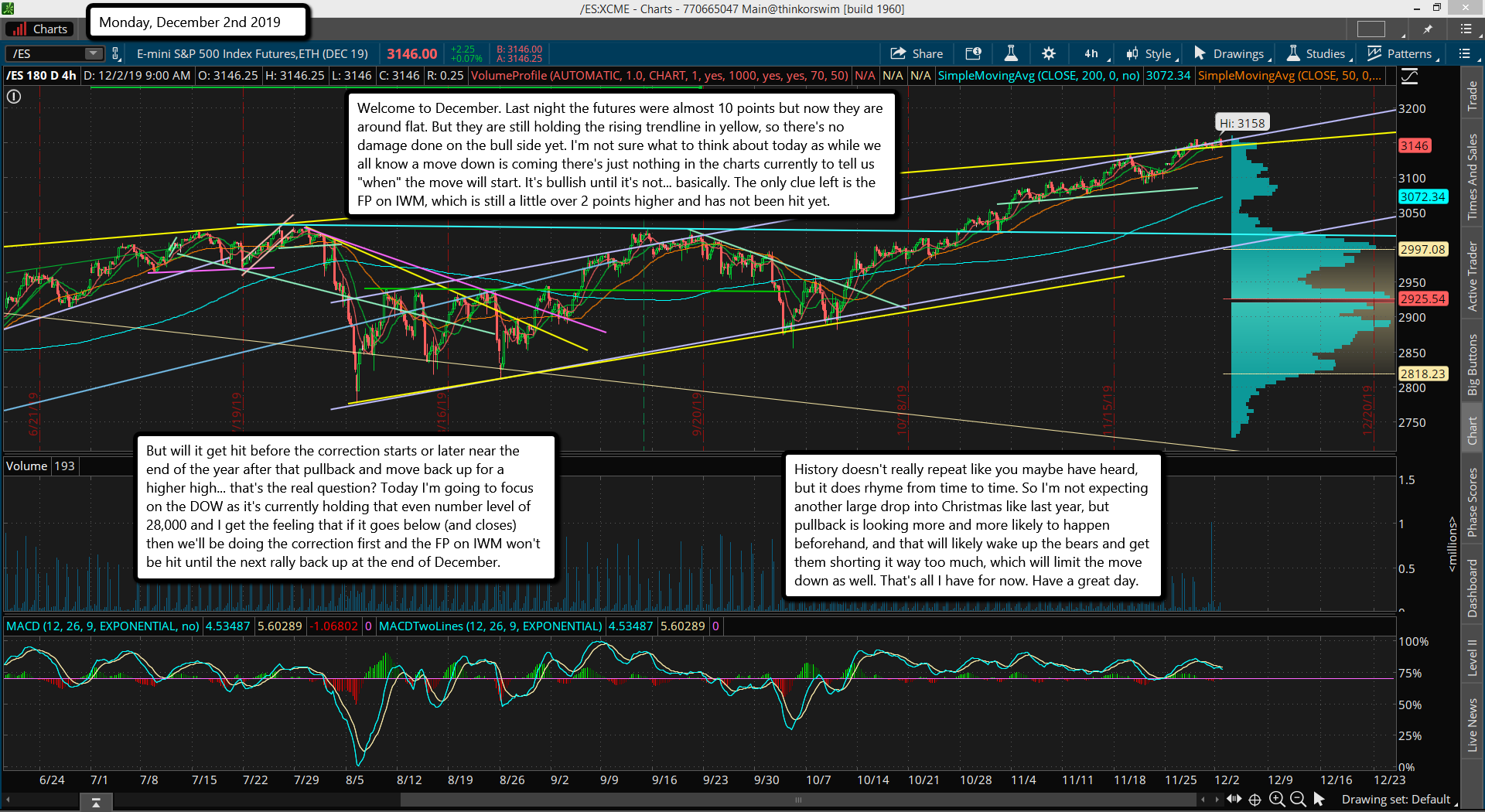 Welcome to December. Last night the futures were almost 10 points but now they are around flat. But they are still holding the rising trendline in yellow, so there's no damage done on the bull side yet. I'm not sure what to think about today as while we all know a move down is coming there's just nothing in the charts currently to tell us "when" the move will start. It's bullish until it's not... basically. The only clue left is the FP on IWM, which is still a little over 2 points higher and has not been hit yet.

But will it get hit before the correction starts or later near the end of the year after that pullback and move back up for a higher high... that's the real question? Today I'm going to focus on the DOW as it's currently holding that even number level of 28,000 and I get the feeling that if it goes below (and closes) then we'll be doing the correction first and the FP on IWM won't be hit until the next rally back up at the end of December.

History doesn't really repeat like you maybe have heard, but it does rhyme from time to time. So I'm not expecting another large drop into Christmas like last year, but pullback is looking more and more likely to happen beforehand, and that will likely wake up the bears and get them shorting it way too much, which will limit the move down as well. That's all I have for now. Have a great day.