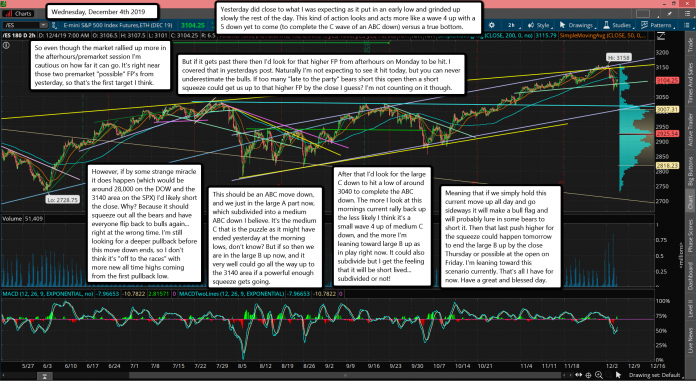 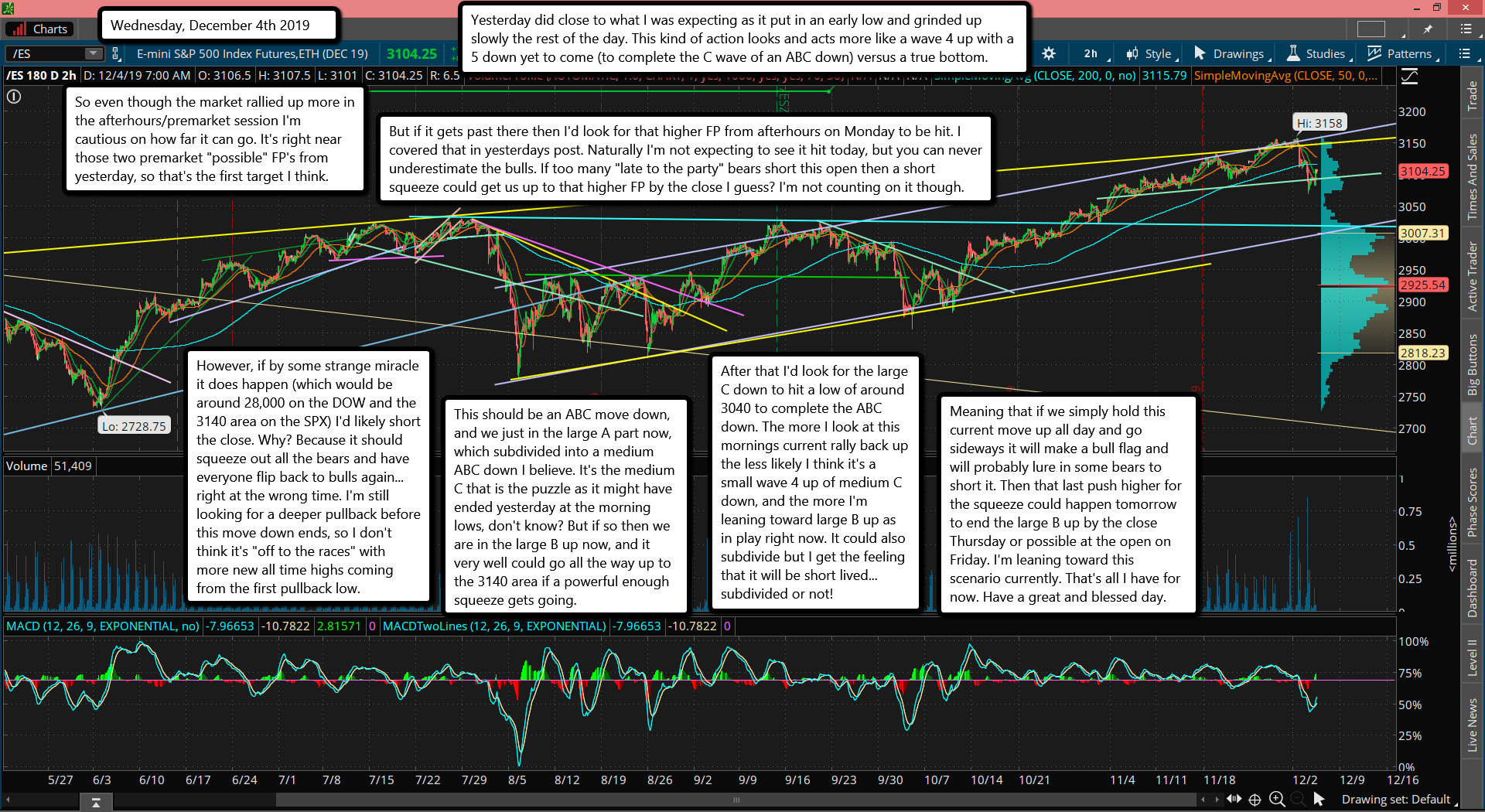 Yesterday did close to what I was expecting as it put in an early low and grinded up slowly the rest of the day. This kind of action looks and acts more like a wave 4 up with a 5 down yet to come (to complete the C wave of an ABC down) versus a true bottom.

So even though the market rallied up more in the afterhours/premarket session I'm cautious on how far it can go. It's right near those two premarket "possible" FP's from yesterday, so that's the first target I think.

But if it gets past there then I'd look for that higher FP from afterhours on Monday to be hit. I covered that in yesterdays post. Naturally I'm not expecting to see it hit today, but you can never underestimate the bulls. If too many "late to the party" bears short this open then a short squeeze could get us up to that higher FP by the close I guess? I'm not counting on it though.

However, if by some strange miracle it does happen (which would be around 28,000 on the DOW and the 3140 area on the SPX) I'd likely short the close. Why? Because it should squeeze out all the bears and have everyone flip back to bulls again... right at the wrong time. I'm still looking for a deeper pullback before this move down ends, so I don't think it's "off to the races" with more new all time highs coming from the first pullback low.

This should be an ABC move down, and we just in the large A part now, which subdivided into a medium ABC down I believe. It's the medium C that is the puzzle as it might have ended yesterday at the morning lows, don't know? But if so then we are in the large B up now, and it very well could go all the way up to the 3140 area if a powerful enough squeeze gets going.

After that I'd look for the large C down to hit a low of around 3040 to complete the ABC down. The more I look at this mornings current rally back up the less likely I think it's a small wave 4 up of medium C down, and the more I'm leaning toward large B up as in play right now. It could also subdivide but I get the feeling that it will be short lived... subdivided or not!

Meaning that if we simply hold this current move up all day and go sideways it will make a bull flag and will probably lure in some bears to short it. Then that last push higher for the squeeze could happen tomorrow to end the large B up by the close Thursday or possible at the open on Friday. I'm leaning toward this scenario currently. That's all I have for now. Have a great and blessed day.