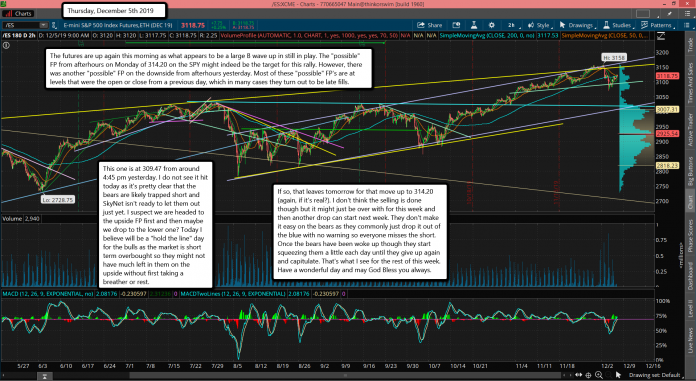 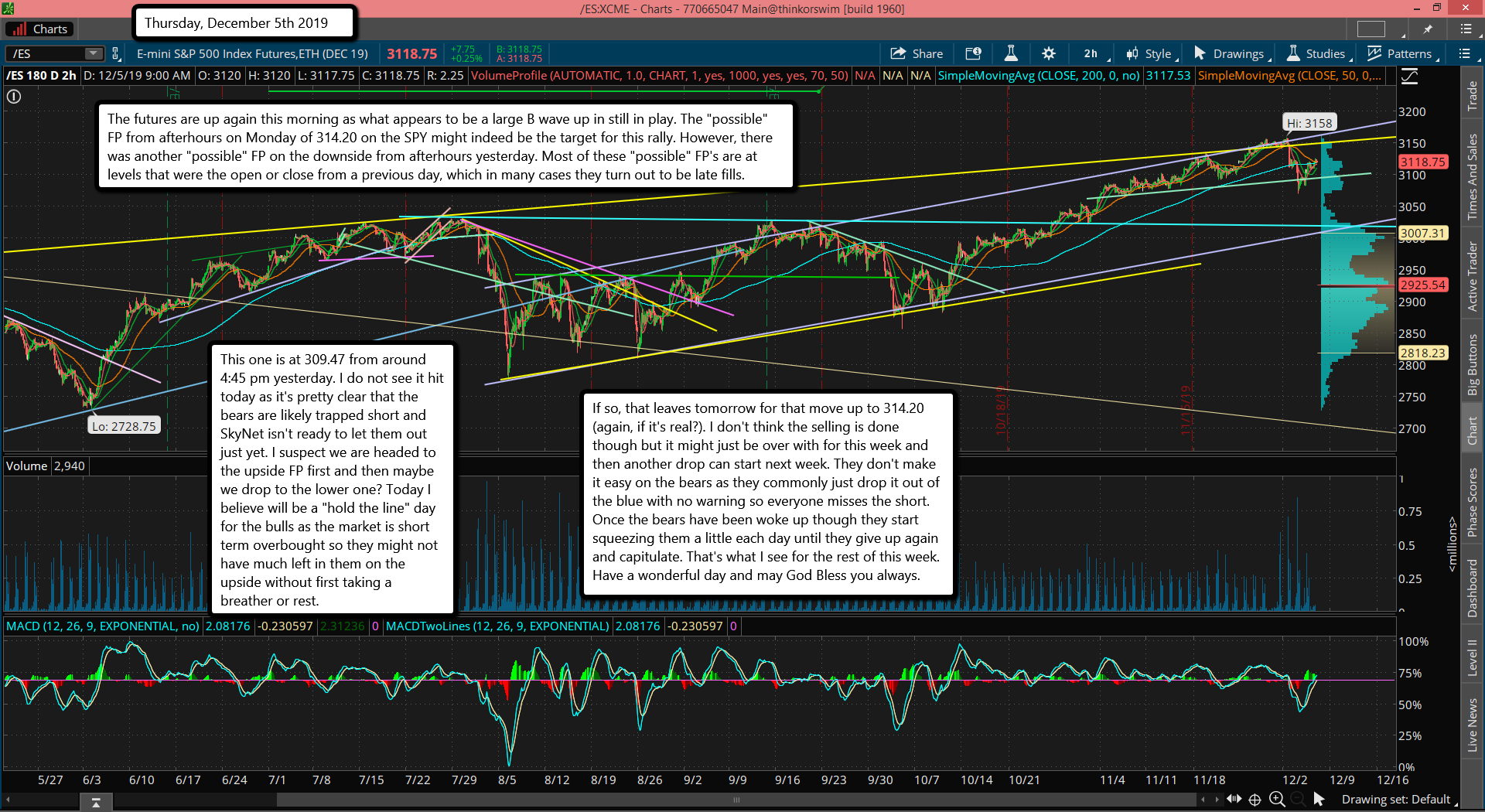 The futures are up again this morning as what appears to be a large B wave up in still in play. The "possible" FP from afterhours on Monday of 314.20 on the SPY might indeed be the target for this rally. However, there was another "possible" FP on the downside from afterhours yesterday. Most of these "possible" FP's are at levels that were the open or close from a previous day, which in many cases they turn out to be late fills.

This one is at 309.47 from around 4:45 pm yesterday. I do not see it hit today as it's pretty clear that the bears are likely trapped short and SkyNet isn't ready to let them out just yet. I suspect we are headed to the upside FP first and then maybe we drop to the lower one? Today I believe will be a "hold the line" day for the bulls as the market is short term overbought so they might not have much left in them on the upside without first taking a breather or rest.

If so, that leaves tomorrow for that move up to 314.20 (again, if it's real?). I don't think the selling is done though but it might just be over with for this week and then another drop can start next week. They don't make it easy on the bears as they commonly just drop it out of the blue with no warning so everyone misses the short. Once the bears have been woke up though they start squeezing them a little each day until they give up again and capitulate. That's what I see for the rest of this week. Have a wonderful day and may God Bless you always.