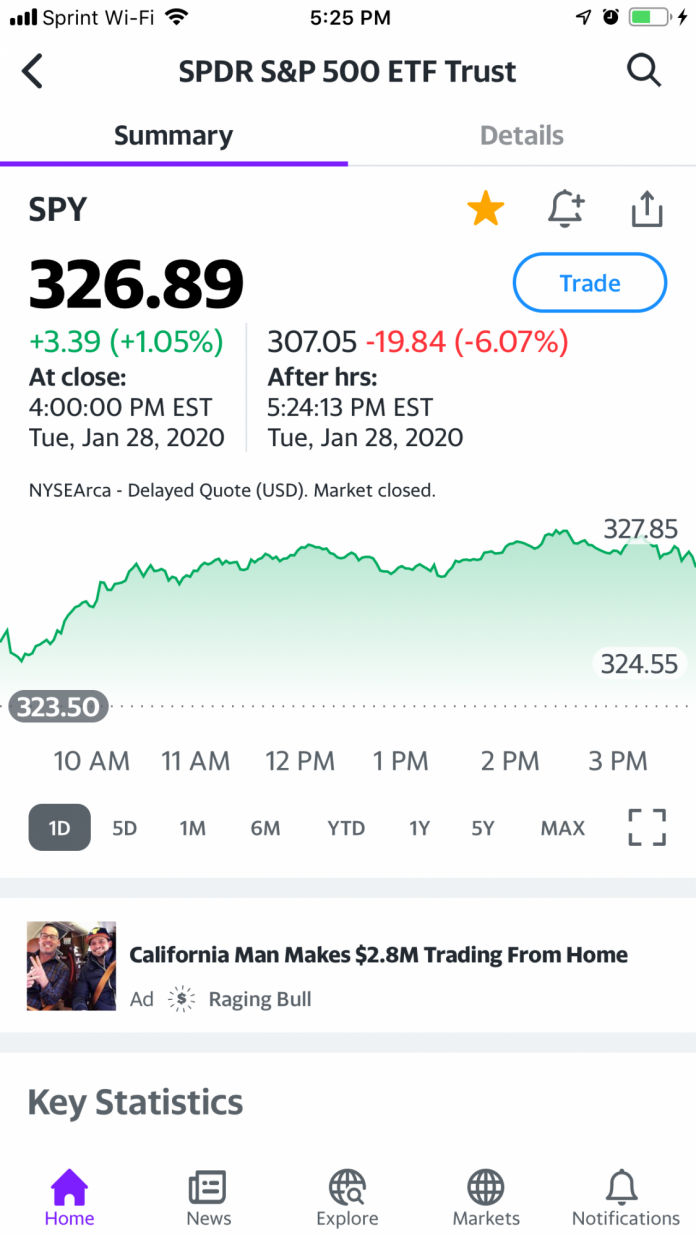 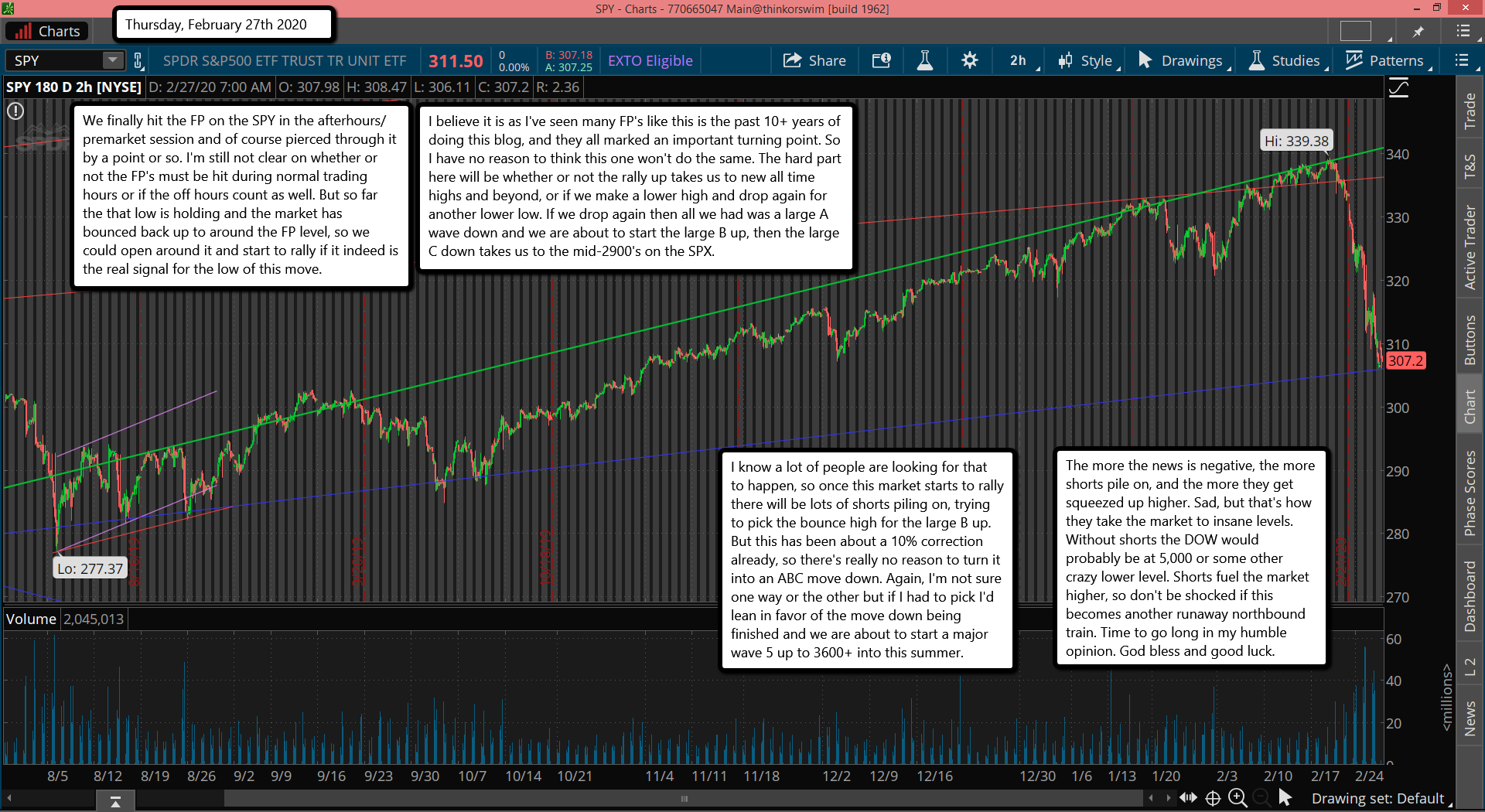 We finally hit the FP on the SPY in the afterhours/premarket session and of course pierced through it by a point or so. I'm still not clear on whether or not the FP's must be hit during normal trading hours or if the off hours count as well. But so far the that low is holding and the market has bounced back up to around the FP level, so we could open around it and start to rally if it indeed is the real signal for the low of this move.

I believe it is as I've seen many FP's like this is the past 10+ years of doing this blog, and they all marked an important turning point. So I have no reason to think this one won't do the same. The hard part here will be whether or not the rally up takes us to new all time highs and beyond, or if we make a lower high and drop again for another lower low. If we drop again then all we had was a large A wave down and we are about to start the large B up, then the large C down takes us to the mid-2900's on the SPX.

I know a lot of people are looking for that to happen, so once this market starts to rally there will be lots of shorts piling on, trying to pick the bounce high for the large B up. But this has been about a 10% correction already, so there's really no reason to turn it into an ABC move down. Again, I'm not sure one way or the other but if I had to pick I'd lean in favor of the move down being finished and we are about to start a major wave 5 up to 3600+ into this summer.

The more the news is negative, the more shorts pile on, and the more they get squeezed up higher. Sad, but that's how they take the market to insane levels. Without shorts the DOW would probably be at 5,000 or some other crazy lower level. Shorts fuel the market higher, so don't be shocked if this becomes another runaway northbound train. Time to go long in my humble opinion. God bless and good luck.