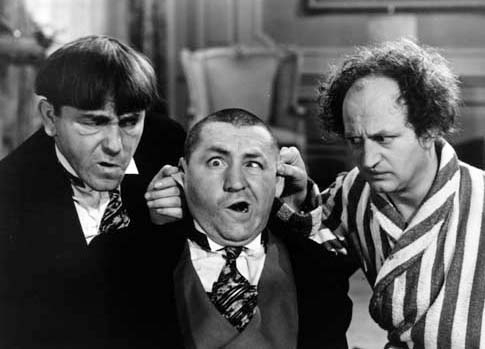 The only thing that has me paused about that... is how the government likes to lie about any and all reports that they release.  I have a feeling that the new claims numbers released tomorrow will be under 500k, and cause a another pop up in the market.  The jobs numbers haven't ever been accurate, but they are a whole lot more manipulated today then a year ago.

The last 3 weeks those numbers have been above 500k.  I think it's time to fudge them, so the market will rally and squeeze out everyone who went short into the close.  You know how those market makers love to take out stops!  I could be wrong of course... in which case the market will continue on down.  But, it just doesn't feel right.  I know we aren't suppose too trade based on feeling, but the market is made up of human beings buying and selling on emotion.

Sure, TA's are important, but ultimately people buy on greed and sell on fear.  A small rally in the morning, after the jobs numbers (assuming that the government lies and says that they are under 500k), and then selling in the later part of the day... due to fear of the continuing claims numbers on Friday.  If that hits 10%, I think the selling will be hard and fast.

Personally, I think they'll lie on that one too.  It will probably come in at 9.9%... just under 10%.  However, I don't think the market will believe any number they release, and the selling will happen anyway.  Who in their right mind would want to be long over the weekend?  I don't see Scenario ONE or TWO happening, as they have 1073-1076 as the high.

I think the high is in for now at 1060.  So, there might be a pop early tomorrow, but the selling should start back down again tomorrow, and continue into Friday as well.  Once we hit 1020 I'll look for a bounce, but the larger bounce should occur at 998-1000.

If anyone went short today at 1060 you're probably safe for awhile, as it's unlikely to rally back above it anytime soon.  Look  for 1020, and then 998-1000.  I'll be looking to go long at that point, but cautiously of course, as we are most likely in Primary Wave 3 down.  If not, then a bottom around 950-955 should be expected before a larger move back up.  How how is the question?

Many say we will hit that 1200 mark, after a fall to 950-955 in the next month or so.  I can't answer that, but my gut tells me that once the holiday season is over and the new year begins... more selling will come into play.  That's a few months away, and too far for me to forecast.  Plus, I like the shorter term trades, as that's where the most money is.

My plan for tomorrow is to short any rally up in the morning, and hold till 1020 before deciding the next move.