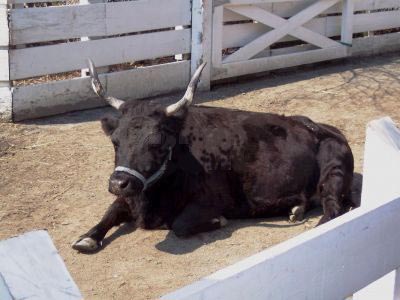 This rally has been very powerful from the low at 104 last week.  Today the Bull took a breather before running higher again.  I don't think this rally is over yet as the daily charts are pointing up, and will probably remain so through all of next week, as they slowly top out and roll over into early March.  I do think we are due for a little pullback first... and then another move up.  How far?  I don't think it will be too far, or too easy next week.  In fact, I think it will be a chop fest, as they swing back and forth the whole week.

I don't know if they will get through the huge resistance area at 110.35-110.50, and the 200dma just a hair above that.  The next area of major resistance is 112.00-112.50, which I would love to see hit by next Friday, as that would be the absolute best place to go short for the expected fall into early March.  I'm not telling anyone to go long next week, expecting that level to be hit.  It's should be pretty wild next week, and the indexes aren't going to be safe for a swing trade.  Stick to stocks or something, if you must trade.

But for this week, since 108 is the current pain on the SPY, I suspect they will close it around that level by Friday.  That means I'm looking for a pullback tomorrow.  There is support at the 109 level, and it could hold until Friday, and that might be the close?   But, most Monday's are bullish, and that doesn't seem like it would be enough of a pullback before going higher.  That means they might take it on down to fill that gap around 108... which is the current pain level too.

The current pain level isn't always accurate on the indexes, but sometimes it is.  I find it more accurate on individual stocks, as they can push the price of stocks a lot easier then an index.  Pinning a stock at a certain level on opx is very common, as the market maker always want to maximize profits by paying out the least amount of money as possible.

The indexes are a little tougher to move and pin at a certain level.  That's why I wouldn't be surprised if it only pulls back to the 109 area tomorrow, and possibly Friday too.  However, the light volume makes it easy to move the market where you want it to stop.  If I had too guess, I'd say about 108.50 on the close Friday.

The only thing that concerns me is the bull flag that formed today on the 60 minute chart (kinda looks like a bull flag?).  They could push it up (in the pre-market) through the resistance level of 110.35-110.50 and then send it back down taking out all the stop above key levels.  As I said above, I don't see a lot of downside between now and this Friday, because of the fact that the options expire this week.

So, I'm looking for about 108.50 by Friday, (and a choppy market next week).  Any lower would really surprise me.  The Bulls own this tape right now, and the ball is in their hands.  But next week will be a battle between the two, as they try to squeeze out both sides before they tank it the following week.

With this week, and next week's close of around the same area, we will then have a nice bear flag on the week chart, which sets us up for a nice fall the first week of March.  Nothing is for sure of course, as my bearish stance last week (and early this week) put a hurting on my account, and pride.  But, I'm still in the game... for today at least.

Quick update here gang.  In case you haven't heard, the Fed raise rates from .50 to .75 points (http://www.marketwatch.com/story/fed-hikes-discount-rate-says-not-tightening-2010-02-18).  I'm expecting a lot selling tomorrow, so you bears might be saved.  Below is a screen shot of a fake print.  The target area is 107.38 spy.  I don't know if that's tomorrow, or if it happens over the next few days?  After that, we should bounce.  More later on my nightly post.

Here's the print, not showing the actual number in the upper left of the screen... 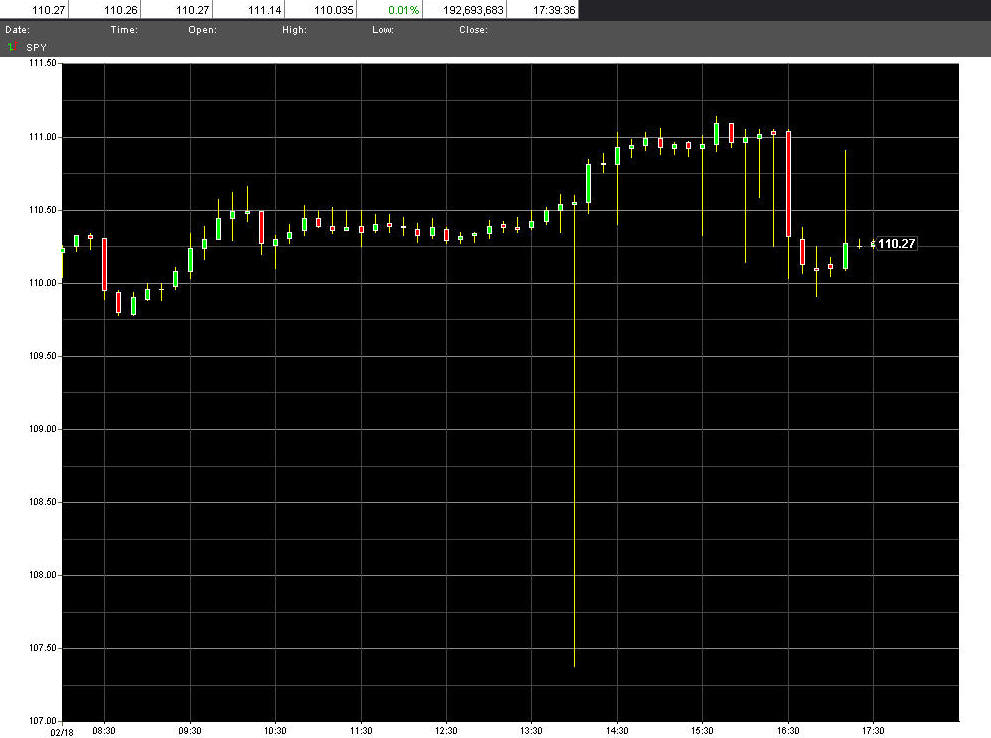 Here's the print with my mouse over the line, showing the close of the print in the upper left side of the screen. 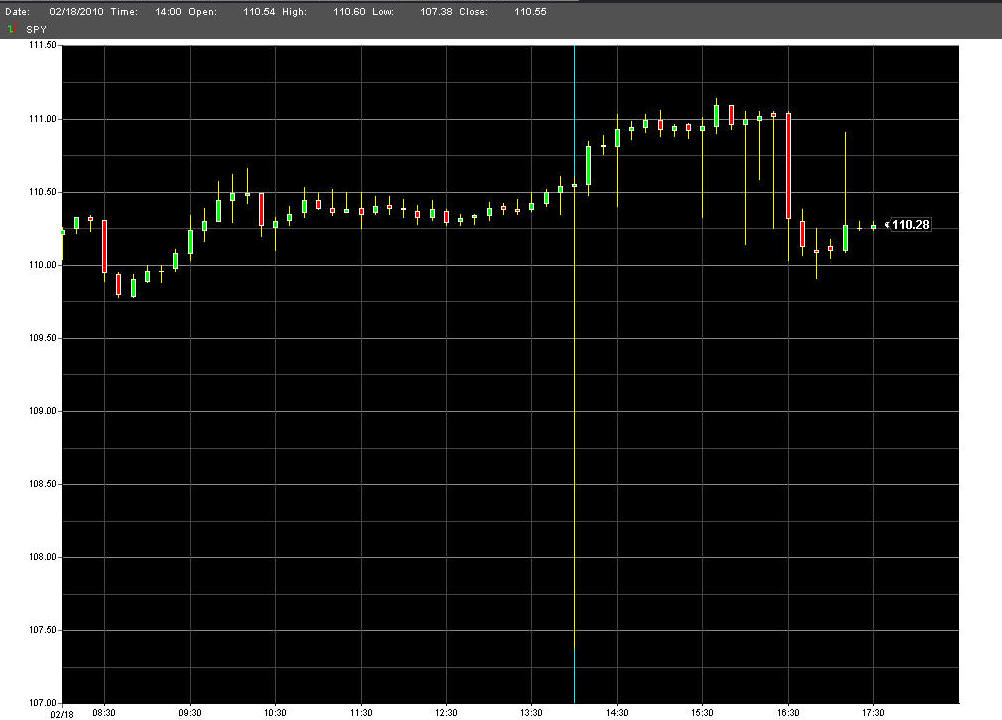