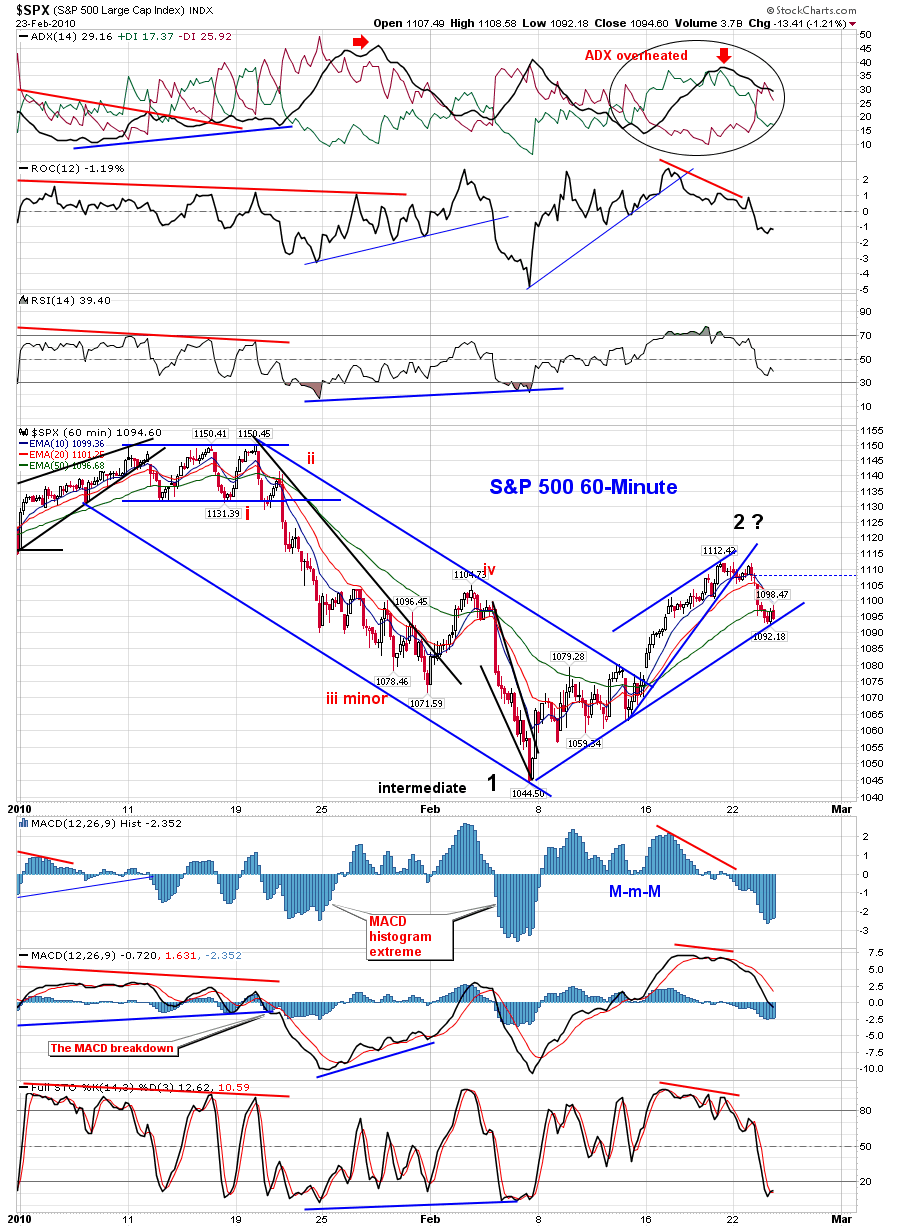 The market sold off today on a worst then expected consumer confidence number.  Duh!  I could have told you that!  Well, I guess they have to have something to blame the sell off on.  It's not like they are going to go on TV and say how extremely overbought the market is, and that's why it fell.  Of course all traders knew we were due for a pullback, and the news is just the reason to make it happen.

Looking at the chart below you see that we broke out the rising wedge yesterday, and fell down to the lower trend line on the rising channel today.  This did put the 60 minute chart in an oversold position, which means we should trade sideways to slightly up tomorrow, before starting a nice move down on Thursday or Friday, as I mentioned on my weekend post. 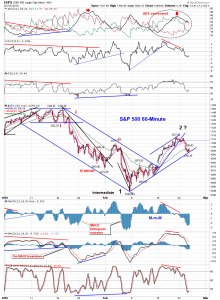 One thing that makes me think that we will pause tomorrow, before heading down more on Thursday or Friday, is the light volume of only 207 million shares, that traded on the SPY today.  All of the other large down days were 300 million plus.  That tells me that the big institutions weren't selling too heavy today.   It was still a nice sell off though.

And, this is clearly a signal of what's coming soon, as I think the market was really surprised by the consumer confidence number today.  Otherwise, they would have backed the market down a little slower, and in a more controlled fashion.  If that 109.80 level broke, the market would have really started falling.  Notice how they rallied it up to close right above that master support level.  They made it by one penny, at 109.81 on the spy.

Let's see if they can keep it a float again tomorrow.  I can't answer that of course, but if I had to guess... I'd say they would, at least for Wednesday and maybe Thursday too?  As for Friday, I think we will start the next leg down by then... which will continue into next week.  Remember, they are trying to close this month out positive, and Friday is the last day of the month.

So, after the month of February is done, March is free to sell off.  Now whether on not that is P3... who knows?  I'd just be happy for a nice big sell off at this point.  I can't see that far into the future, as my crystal ball is too cloudy right now.  Must be all that snow still stirring around from earlier this month?

P.S.  One more thing... let's not forget that fake print last week at 107.38, should we start selling again tomorrow, as that would be a likely target for a bounce.