This is How I feel... Clueless! 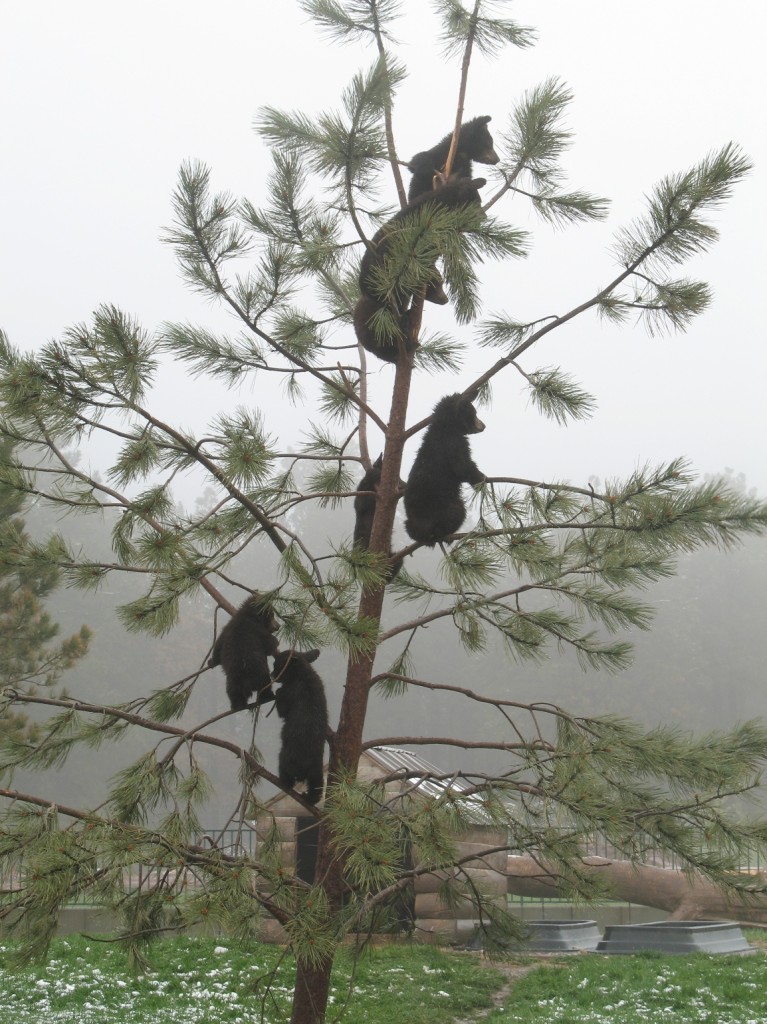 More bears were shook out the tree today as buy programs come to the bulls rescue once again.  Yes folks, we should have tanked again today, but the crooks at Goldman and the Government stopped the sell off with their computer program algorithm machines.

It's just another way of shaking more shorts out of their positions.  You sell off one day, get the bears to go short at the low, rally back up the rest of the day to squeeze them out.  Then sell off again the next day, get a second round of bears to go short at the low, and rally back up again... squeezing once again.  Is tomorrow is the third time?  Or, will it sell off for real this time?  I doubt it.  If it sells off tomorrow, I'd expect at least one more rally back up to shake the last bear out the tree.

Then, release some bad news over the weekend and gap down on Monday with no bears in the market.  Wouldn't that be UN-expected?  When is the last time you seen a negative Monday?  It's been too long to remember, so I'm certainly not going to predict that "this time will be different", and Monday will be a big down day.  I don't have a clue as to what will happen on Monday.

I can say that by all Technical Analysis, we should sell off again... but you know that's not going to happen as long as Goldman runs the country.  On an even funnier note... Goldman is now to be investigated over the Greece issue.  And guess who they want to investigate them?  You guessed it... Ben Bernanke!  Yes folks, it's time to appoint Al Capone as lead investigator into Mob Crime.  (ROFLMAO).

What a fraking joke?  Just line them all up and give me a high powered rifle.  I'll put an end to it... once and for all!  That's about the stupidest thing I've read today.  When will Americans wake up and go hang these crooks?  Let's get a lynch gang, find the tallest tree, tie some electric cable too it, and hang and fry 'em at the same time!

I've been around a lot lately, as I haven't been working for the last few weeks.  As most of you know, I try... and the key word there is "try", to swing trade, not day trade.  But, that's been almost impossible lately with all the huge intraday moves back and forth.  Luckily, I've been around to save my bad trades (some of them at least).  But, next week, I'm back to work, and will be dropping in less as I get too busy to chat all day.  (But, feel free to continue chatting without me, as I post everyday on this blog for you guys and gals... and also as an outlet to "air out" my frustrations).

Now, as for tomorrow... well, most Friday's are flat to up, with light volume as the traders leave early for the weekend.  That means we could drift up a little all day and end up closing flat.  Of course I posted yesterday that I thought today would be flat to up... and was dead wrong, so don't expect Friday's forecast too be any more accurate.  I guess I was right on the fact that we ended about flat for the day, but the way off on the intraday swings.

If I do start getting every call accurate, then you can assume that I just got a new job at Goldman Sachs... as they are the only ones' that know where this market is going tomorrow.  Don't worry though, I've bad mouthed them enough that they would never hire me anyway.

From a technical point of view (not that technicals actually work anymore), I'll refer you to this chart by Cobra.  As you can see, today we had what is normally called a Hollow Reversal Candle.  In this case, it would be called a Bullish Reversal Candle... but, as Cobra points out, we are too close to the top, to reverse back up.  That means it could go either direction. 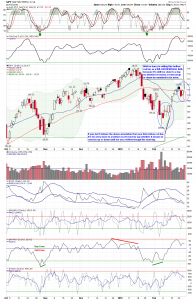 Hollow Reversal Candles work pretty well when they are at a top, or bottom... but not in the middle of a trend move.  You will also notice in the chart that we are still below the 50 dma, which is currently still holding the bulls back.  Unfortunately, the 20 dma also stopped the bears on today's move down.

So, that leaves us with no clue about tomorrow... except the fake print at the close today, that showed the 109.20 spy area as a possible target for any sell off tomorrow.  But, it doesn't have too go there tomorrow... it could be Monday, or never?  They have been quite accurate lately, but you never know when they will decide to stop it.

Anyway, I did take a small short position around 110.40, with a 109/104 put spread.  If we go down to that 109 area again tomorrow, I will close them out, as I'm not holding over the weekend into Bullish Monday (and that will of course be the day they gap down huge on, as that's just my luck).