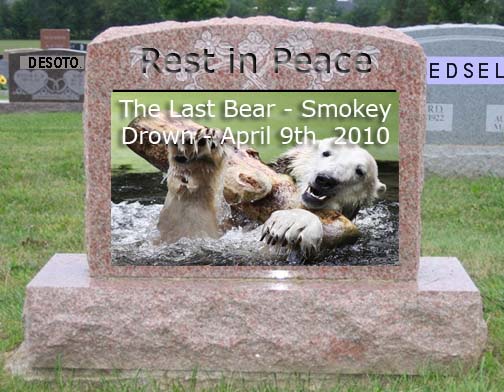 Will the week kill the last bear, as the bulls continue up on Bullish Monday and then trade sideways the rest of the week?  Or, will the week slaughter the bulls by crashing down multiple days in a row? It's any body's guess at this point!

The market is a cruel mistress that likes to butter up the bulls by feeding them hype-hay, only for the sole purpose of getting the bulls fat enough... too later make steak dinner out of them.  Neither bull nor bear is safe in such a treacherous environment.  Both will eventually be slaughtered, as the master loves to eat them both.

Lately, the masters have been eating bear for dinner, but I think they are ready for a new kind of steak... "Bull Steak", as too much of the same thing can get quite boring.  We all need a change from time to time... and the masters are no different.

And fortunately (for the masters)... next week should bring in a lot of volatility as all the earnings are announced (meaning it's "open season" for both bulls and bears).  Of course all the companies will lie and spin their numbers to whatever they want them to be.  But I suspect that most "insiders" have either already sold their shares, or will shortly.  They know first hand... how bad their earnings really are.

With all this sideways to slightly up trading movement in the market, the company owners have had plenty of time to unload their bloated stocks to the unsuspecting public... at top dollar of course.  But, now that earning season is upon us next week, what kind of numbers do you think they will report?

Of course they are going to lie a little (more like a "lot"), and maybe fudge a number or two (more likely "double" the real number), and the earnings will look OK, and the stock won't tank... right?  Maybe?  Or maybe the numbers are too bad to be able to fudge enough where they are believably to the market.

Think of it like this... these last 3 months have been horrible for bad weather across the country as snow was everywhere.  We already remember from previous job's numbers that the government blamed the bad report on the weather, stating that people weren't able to go to work because of the snow, etc...  Now, if they didn't go to work, to make money to pay bills, and have extra to spend... do you really think they went shopping and out spending money?

Of course not!  People aren't spending money... because they don't have any extra too spend.  What is that going to do for the earnings for next week?  American's are broke, and it isn't getting better.  Yes, they can continue to spin the numbers, and fool the public... but at some point (like now) the crap is going to hit the fan!

The "Bullishness" is as high as it was in 2007.  Look at this chart from Cobra's blog.  It's from Thursday, so it's probably higher now, as the market rallied again Friday. 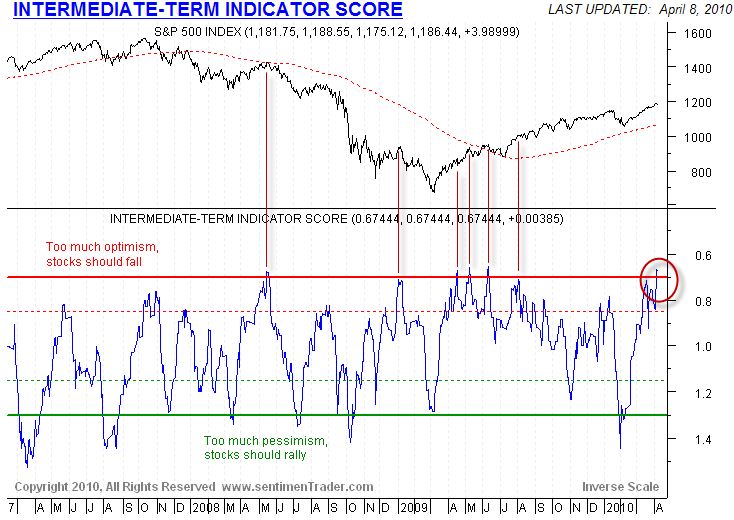 Cobra gets permission to post it from time to time, but it is from a subscription service at www.sentimentrader.com, so I want to give credit to where it's from. It's a few days old now, so hopefully no one minds that I posted it here.

The point to notice here is... "this isn't the the time to go long"!  Of course day-trading is different, but not swing trading or investing, as that's like committing suicide right now.  Yes, it could continue up some more, and you can continue to pass the gun around the table... spinning the chamber, and pulling the trigger while aimed at your head. 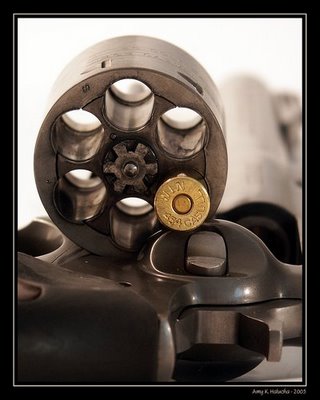 Each time you have a 1 in 6 chance (5 empty chambers, and 1 with a bullet in it) of shooting yourself, so the odds seem good... right?  It's like saying that everyday is a new day in the market, and there is a 50% chance the market will go up, and 50% chance it will go down.  Same thing with flipping a coin... right?

We all know that's not true, as the odds DO change when the outcome is the same multiple times in a row.  While in theory, it is logical to state the odds as even... and that is logically correct, but humans are not logical in their actions.  Maybe they are in their thinking, but their actions are done on impulse.

Take the coin for example.  If you flipped the coin in the air 20 times in a row and every time it landed on heads, what are the odds that it would land on heads the next flip?  Would you think it would be 50%?  Seems logical doesn't it?  Here's the problem with that thinking... the person who flipped it 20 times in a row is probably pretty amazed that it landed on heads every time. 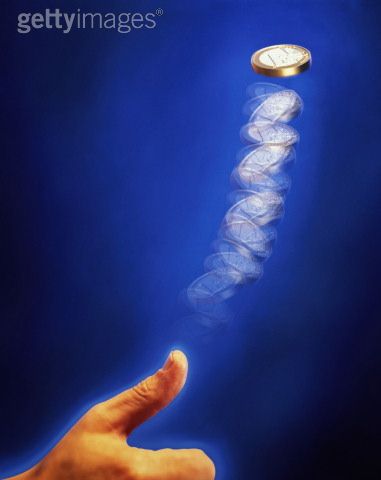 In fact, I'd say that he changes the way he tosses the coin because he is actually trying to toss it the same each time.  But he can't, because his mind will remember all those previous times in a row that it landed on heads.  He will change something, causing the coin to land on tails.

The same thing would happen if you were to spin the chamber of the gun 20 times.  You would try too hard to continue spinning it exactly like you did the last time, and "Bang"... you kill yourself.

The stock market is no different.  While next week should have a 50-50 chance of going up or down, the reality is that everyone who trades the market knows that it's been up the last 6 weeks in a row, and that will prevent them from believing that the odds are the same for another up week.

They all know the past history of how many times the market has been up 6 weeks in a row, and what happened on the 7th week.  Emotions are what makes these odds vary on the stock market, tossing a coin, or playing Russian Roulette.

And yes... I'm very aware that computers are now the largest traders in the market, with Goldman's program leading the pack.  But, who programed the computers?  Humans did of course.  And what parameters did they use to program them with?  Human emotions is the correct answer.  The super computers are designed to play (or I should say... steal money from)  human retail traders, who are emotional in their trading decisions.

If the computers simply took greed, fundamentals, and emotions out the equation... the market would be at about DOW 3,000 now.  But add in those factors, add you can quadruple the price.  People aren't logical in their actions, only in their thinking (and that's only the really smart people).

Which again, brings me back to the market next week.  Logic says the market has an even chance of going up as down next week.  Emotions though... gives a different chance.  Odds are much higher for a large down move next week, then even a small up move.

While many will disagree with my conclusions on "odds", I'll simply wish them the best of luck.  If they decide to go against the odds, and place their chips on the Bull next week,  (in my humble opinion)... the odds are highly stacked against them.

P.S.  Should the fall begin next week, and should you bears get really excited... like I know you will, let's not forget our downside target captured here in this picture by our friend Sundancer... 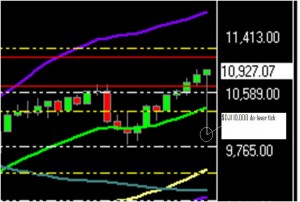 Once we hit that target, we bears should be getting out of our shorts and put on our bull suit.  Yes... I know, it's hot, dirty, and smelly as bulls roll around in the mud, while we bears tend to clean ourselves in the river... but at least you won't go hungry again.  So suck it up (your pride I mean... mine too), and go long when all hell is breaking loose!  By the way, that target should line up with the 107.38 spy print I got last month. 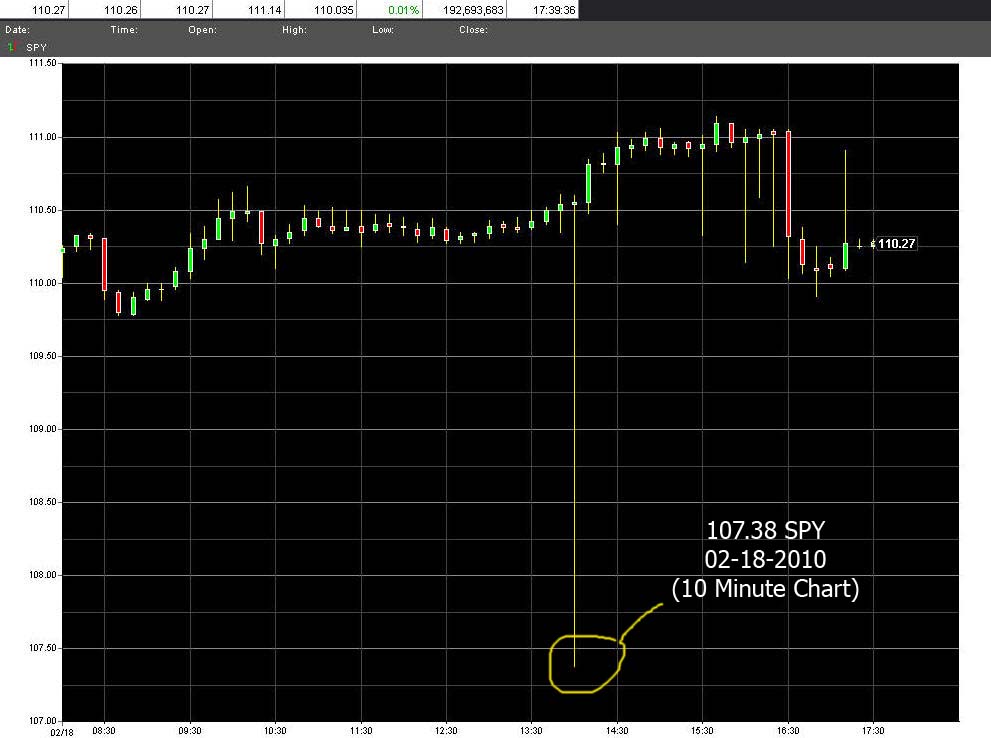