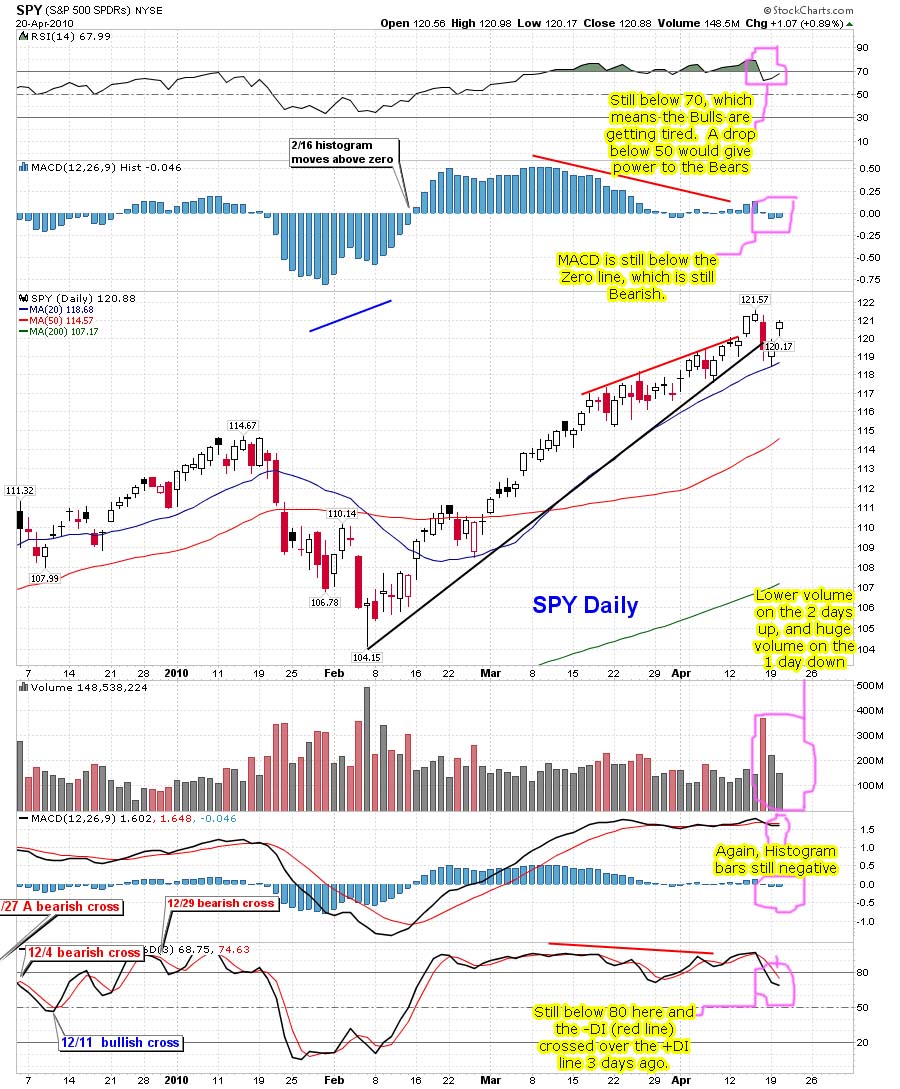 It's seem that the Goldman Sachs news has been completely forgotten by the market, as the Bulls pushed it higher again today.  Even into afterhours the Bulls kept buying up Apple, after they blew out earnings.  Once again we are back to more of the same bullish crack high that the Bulls have been snorting for months now.

The question is... if everyone is expecting it, will it still happen?  Remember, the market likes to take your money, not pay out money too you.  That level is obvious to every trader out there, and that makes me believe that we will either fall short of it, and trap a lot of bulls, or pierce through it to a higher level, and trap all the bears that get short when 1228 is hit.

So which will it be?  I don't know, but these charts tell me that it should fall short of that target, as they clearly show the bulls losing steam.  Unless they turn around quickly, they won't have enough momentum left to get there.

Look at the top of the chart, and you can see that these last 2 days of rallying up has still produced negative Histogram Bars on the MACD.  Notice at the bottom area, the volume still low, and dropping.  Also, the bottom chart shows the bearish crossover already happened 3 days ago, and now both DI lines are below 80.

I know it feels like a bear trap, but it looks more like a bull trap too me.  Many people will go short at the double top too, which makes it even tougher to go on up above the 122.50-123.00 level.  Remember, it's not likely that they will hit that level and then reverse.  They have to either fall short, or go above to the next level.

Either trap the bulls by falling short, or trap the bears by going above it.  Both bears and bulls will be looking to go short at 1228, and/or close out there longs.  The market isn't that giving.  She wants to take everyone's money, so tricks must be played.  I think they just tricked the bears with the Goldman Sachs news on Friday, and today they are tricking the bulls with the Apple news afterhours.

Maybe it's just my bias toward being bearish, or maybe I'm actually reading the charts correctly this time?  I really don't know, as I've been burnt too many times to believe anything I see in the charts.  Maybe I'm just seeing what I want to see?  Possibly?

Or maybe I should just throw the charts out the window and call up Jim Cramer and ask him to hook me up with one of his Goldman contacts, so I'll really know what is going to happen next.  Since he is so crooked and well connected with them, maybe we can use that too our advantage? 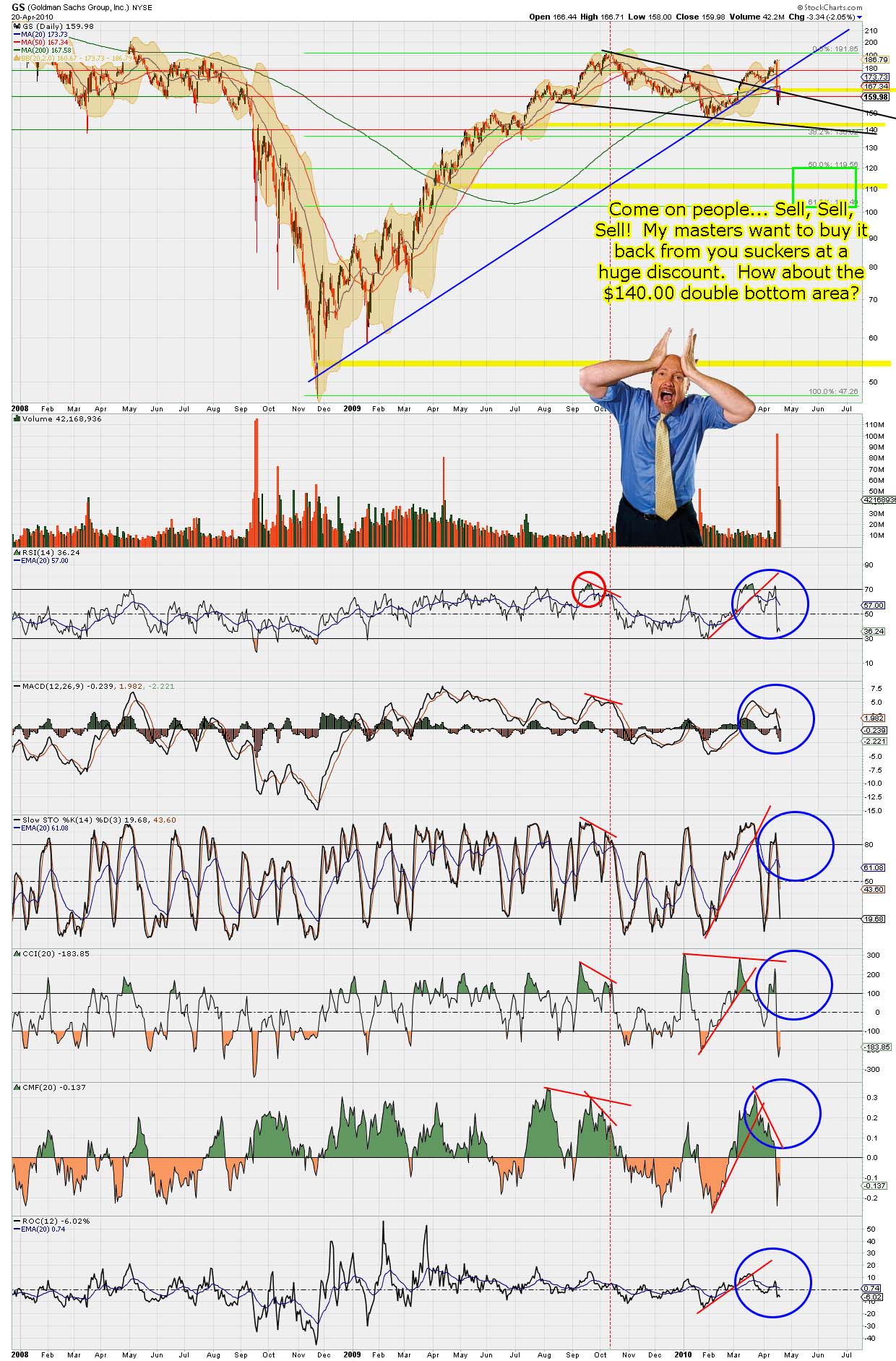 The last I heard, he was extremely bearish on Goldman, telling everyone to sell it.  Why?  I suspect that it's because Goldman sold all their shares (and some that don't exist too... you know "Phantom Shares"), and that they need to buy back those shares.  So, if they push the market down hard, (or at least their stock), they can buy them back at a much cheaper price.

Now at some point, it will hit a level that Goldman will start buying them back at.  Of course they will tell their puppet-man Cramer to continue telling everyone to sell it, so Goldman can continue loading up on every push down.  Once they are fully loaded, and have bought back all the shares they want, they will pull Cramer's strings, and he will become Bullish again.

Pretty simple to read really.  So, that leads me to believe that a sell off is still coming... and very soon.