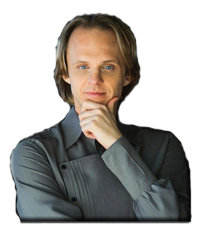 The short term charts say more selling is coming, but with the expected light volume we might not see very much...

You all know by now that the stock market is a rigged game that is manipulated via a super computer (call it "HAL 2000" for you older traders, or "SkyNet" for Terminator fans).  This computer has a different setting of trading parameters then what we traders see and trade off using various technical analysis techniques and wave counting methods.  But, that doesn't mean that it totally ignores the techniques we sheep us, but it instead simply tries to trick us and do the opposite of what we think and do... and for the most part, it beats us most of the time!

Right now, the charts I'm looking at say that we have more selling coming next week... but will it happen?  The light volume will happen because many traders will be taking off for the Christmas holiday, which usually means that the market will float higher... but not always.  SkyNet could simply uses this period to slowly walk the market down lower but keep the VIX from rising too much and panicking traders.  If this happens then we could see the VIX trade slightly up to sideways putting in a bear flag over this coming week, while at the same time the market works off it's bearish conditions and resets for a move higher the following week.

The question is, how low will they take it?  I'd say on the very bearish case that 1150 spx area is a likely target, but a less bearish case could mean only around the area of 1200-1210 spx.  This would imply one more drop is coming next week.  That drop could come on Monday as the 30 and 60 minute charts have a bear flag on them from last week.  While I know that not all bear flags play out (especially during light volume periods) this one has support form the daily and weekly charts too.

The market looks to be in a channel drifting lower each day after a failed gap up on many past attempts.  This again looks VERY controlled too me, and tells me that all SkyNet is doing is walking the market down slowly to reset it for a rally starting the last week of this month and into the next year.  The VIX is likely to rise only slightly during this move down as this will create the bear flag on it that I spoke of earlier.  We aren't likely to see any crash move down this week if the market simply continues this stairstep move down.

It's funny how the market used too take the stairs up and the elevator down, but now they take the stairs down and the elevator up.  This is of course NOT a natural movement in the market and is all the more evidence that the SkyNet manipulates this market to steal the sheeps' money.  This forces you to re-think what you see in the charts as they only work as long as SkyNet allows them too.  This is one of main reasons it's not a good time for option traders to trade in as you will likely be whipsawed to death and lose even if you get the direction right!

I believe January 2012 is going to be action packed though...

What is likely to happen here is that we finish up some type of wave 1 down this week and rally up for wave 2 into the first part of January next year.  This means that by the end of the first week of next year we should start to see a powerful wave 3 down start.  This assumes that we did put in a high recently at 1267 spx and that we have started the first subwaves of this larger wave 3 down called "Intermediate Wave 3" by most people.  If the rally back up takes out the 1267 recent high then we could still be in the final wave up (the "C" wave in an ""ABC" pattern) of Intermediate Wave 2 up, and will then go up to 1300-1320 spx before rolling over and starting "Intermediate Wave 3" down.

It's hard to say if we are in Intermediate Wave 3 down yet as it's too easy for SkyNet to turn this back up during the extremely light volume expected in the last week of the December.  All that is needed is some B.S. news out by the gangsters that Euroland is saved and SkyNet will take the Elevator UP hard and fast to wipeout the sheep that just became bears.  I'm personally not taking that chance and have chosen to simply sit out this last part of the year and focus my attention on some other projects I'm working on.

This market could truly go either way over the next 2 weeks as the light volume could also be used to crash the market while most traders are on vacation.  But, my gut tells me that SkyNet will take the market lower earlier this week only and start the move back up into early January by the end of this week or early next.  The key will be to see how far they push it?  I'll be listening for that "staged" good news report to push it up hard for a "C" wave up toward 1300-1320, or not much of any news to simply allow for a float higher to make the smaller wave 2 up (staying under 1267 spx) into the end of the year.

If you are not playing options then I'd say you are likely safe to stay short until this bear flag plays out on the spx and drops the market to the 1200-1210 area at minimum.  The area I'd like to see is the 1150-1160 spx zone so that I could believe that we have started "Intermediate Wave 3" down and not still be in "Intermediate Wave 2" up inside a "B" wave down, with "C" up to follow.  The odds will favor the "ABC" if the low stops around 1200-1210 and favor the first subwave 1 down inside Intermediate Wave 3 down if we go down toward the 1150-1160 area.

Which one is it going to be?  I wish I could answer that one, but I can't.  The charts say the odds are higher for the case of the market moving down toward the 1150 area and lower for the "B" wave down with "C" up to follow.  But, there is the key word again... "Odd's"!  Odd's are even stronger that SkyNet will trick the most people and do what only the few will do.  Will there be more bears or bulls in the market next week?  Will there be any bears or bulls?  With lots of traders leaving for the holidays who's left to trade?  Just SkyNet playing ping pong with itself I guess?

But, it just doesn't look low enough for me.  I see a clear 4 waves down from the 1267 spx high on 12/7 and we seem to be missing that 5th wave down.  That should happen this week and it should be lower then 1200 in my opinion.   As for the 1150-1160 area, I think many traders look at that area because it would either be a slightly lower low or a double bottom from the 1158 low on 11/25, which makes sense of course.  But, what a lot of people may be over looking is the area in between which has multiple sloping trendlines intersecting in a support zone around 1185-1190.

The distance down to that area also seems more reasonable for the final 5th wave down as well.  Also, this will fool a lot of bears that will be pilling on shorting thinking that we are going down to at least the double bottom level of 1158, or to take it out and crash hard toward 1100.  The bulls will be fooled too as their "1200" level will be broken and they will bailout on their longs and become bears.  This will put a lot of bears on the short side around that 1185-1190 area and be a great spot for SkyNet to press the "UP Button" on the elevator.

Well, what does SkyNet always try to do?  (Steal your money is the answer here)

The point where the bulls say "Uncle" and the bears attack will be the point that SkyNet rallies the market back up in my opinion.  This is the whole point of this game after all isn't it?  It's design and purpose is to confuse the masses... not just one side, but both bulls and bears.  Well, at what point would you become very bearish?  Many will see at break of 1200 as very bearish and will load up short expecting the 1150-1160 double bottom area to be the next target.  This is the mind set of the public at large.  This is not the mind set of SkyNet.

If this does play out as I'm expecting here, then the market will still be in a large triangle hitting the bottom trendline of support in that 1185-1190 area and bouncing from it.  Then I would expect a move up into the first of next year to hit the downward sloping trendline of this large triangle, which should be in the 1240-1250 area by then.  If that stops the advance then it would then be label as a wave 2 up inside a 5 wave down move known as "Intermediate Wave 3".  This sets January up as one very ugly month!

Ok, enough for now.  Not much on Ben Fulford or Lindsey Williams that's new right now, but David Wilcock has recently had a death threat by the evil Illuminati Gangsters.  Listen to it here... (http://www.americanfreedomradio.com/archive/Project-Camelot-32k-121411.mp3) and seen your support in prayers and love.  It's not as easy as you might think to stand up to this evil piece of garbage trash, as they have Trillions of Dollars and more power then any one individual could possibly have.  The threat is all because David posted this "Lawsuit" story on his blog... (http://www.divinecosmos.com/start-here/davids-blog/995-lawsuit-end-tyranny).

One more thing... we do have another "Eleven" date this month, and that's on the 29th of course.  While I'm not expecting a stock market crash on that date, I've been fooled before.  So, just keep that in the back of your mind as we approach that time period.  If all goes as expected we should be rallying up into that subwave 2 during that week and nothing bad should happen.  But, you should all expect the "unexpected" by these gangsters, so I'll be on watch... LOL!