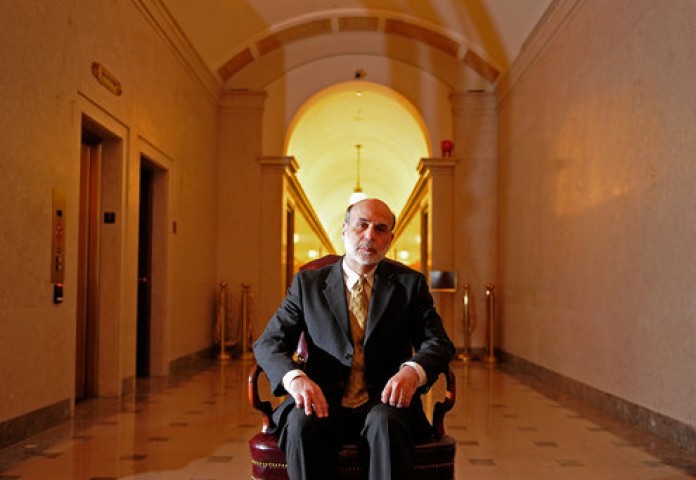 WASHINGTON — When 2010 began, the United States economy seemed to be on the mend and leaders of the Federal Reserve discussed how they would unwind their extraordinary rescue efforts from the crisis that erupted in 2008. The term “exit strategy” was mentioned 37 times in their first two policy meetings of the year.

By the time the year ended, the Fed was pumping a further $75 billion a month into the financial system by buying bonds, aiming to keep the young expansion from falling apart. And though they did not know it at the time, Fed officials were on the path toward another half-decade of zero interest rates and creating trillions of dollars from thin air.

Transcripts of the Fed’s 2010 policy meetings, released Friday after the customary five-year lag, show how it got from Point A to Point B. The central bank’s officials forged a halting, unsure path toward greater activism as they realized that the global financial crisis, which had seemed over when the year started, had really just entered a new stage — a sovereign debt crisis in Europe and the threat of economic stagnation in the United States.

How the Bernanke Fed Decided to Pump Billions Into the Economy

Transcripts from Federal Reserve meetings in 2010 show, in real time, how the central bank under chairman Ben S. Bernanke came to the conclusion that the economy was in greater peril than it had initially seemed. 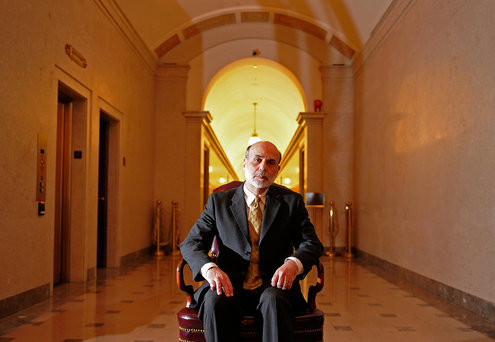 During the eight meetings of the Federal Open Market Committee that year, plus two unscheduled emergency conference calls, Chairman Ben S. Bernanke and his colleagues concluded that the economy was in greater peril than it had seemed at the start of the year. They agreed upon fresh actions intended to guard against a new recession or falling into a deflationary trap.

Janet L. Yellen, the current chairwoman who served in two senior roles in 2010, emerged as a major ally of Mr. Bernanke and an early voice in favor of more activism.

“Given the tenuous state of business and consumer confidence, I consider it critical at this juncture that this committee not be perceived as falling behind the curve, being unwilling to act, or being out of touch with the mounting concerns we see in the markets and on Main Street,” Ms. Yellen, then the president of the San Francisco Fed, said at the Aug. 10 policy meeting. “The data show a considerable slowing of the economy during the summer, and the near-term outlook has been marked down appreciably.”

At that meeting, she also urged her Fed colleagues to consider options to ease monetary policy further, even though “our quiver has fewer arrows than I’d like.” It would take three more months before the committee as a whole agreed with her and undertook a $600 billion effort at “quantitative easing,” or bond buying, frequently referred to as “QE2” because it was the second such move by the Fed.

The start of QE2 — Mr. Bernanke hated that term, he made clear in one meeting, as he unsuccessfully urged his colleagues to refer to the program by what as he viewed as the more technically precise “large-scale asset purchases” — was a controversial move inside and outside the Fed.

After the decision, which coincided with an election that swept a Republican Congress skeptical of government intervention into power, the Fed faced sharp criticism from conservative lawmakers and from Germany and Brazil, among other countries. Objections included the ways bond buying could distort financial markets and foreign exchange prices, and the burden the Fed was taking on itself to right an economy with problems that went deeper than insufficiently easy monetary policy.

What was less well understood at the time, but is made plain by the new transcripts, is how the internal debate at the Fed resembled the external one, with many of the objections outsiders raised to the Fed’s monetary activism also articulated behind closed doors at the central bank’s Washington headquarters.

“My views are increasingly out of step with the views of most people around this table,” Kevin M. Warsh, a Fed governor who was a close adviser to Mr. Bernanke on financial market matters, told his fellow policy makers at the November meeting.

“The path that you’re leading us to, Mr. Chairman, is not my preferred path forward,” he continued. “I think we are removing much of the burden from those that could actually help reach these objectives, particular the growth and employment objectives, and we are putting that onus strangely on ourselves rather than letting it rest where it should lie.”

Mr. Warsh ultimately voted for the action, saying he would dissent if not for personal loyalty to Mr. Bernanke and because “I wouldn’t want to undermine at this important moment the chance that this program could be successful.”

The transcripts also show how Fed officials grappled with the crisis in the eurozone, especially Greece, that nearly spiraled out of control in the spring and in the fall. But the signature action of the Fed in 2010 was the decision in November to start its second round of quantitative easing.

Several other supporters of the action were also uneasy. “This is a difficult decision for me, and I think it was a difficult decision for most of you,” said Daniel K. Tarullo, another Fed governor. “The only people I worry about are the people who think that the decision was easy, whether to do nothing or to do precisely this, because I do think that, as many people have pointed out, there are nontrivial costs and nontrivial benefits.”

At the same time, the transcripts contain a couple of prescient references to the action setting the stage for “QE3,” as a round of bond buying that would commence in September 2012 was frequently called.

“Quantitative easing is like kudzu for market operators,” said Richard W. Fisher, then president of the Dallas Fed. “You’re familiar with this analogy because you’re a Southerner, Mr. Chairman. It grows, and it grows and it may be impossible to trim off once it takes root in the minds of market operators.”

After all the officials had spoken, Mr. Bernanke, who often displayed a collaborative style that aimed to unite officials, set up the final vote with this reminder: Nonaction is a type of action, too.