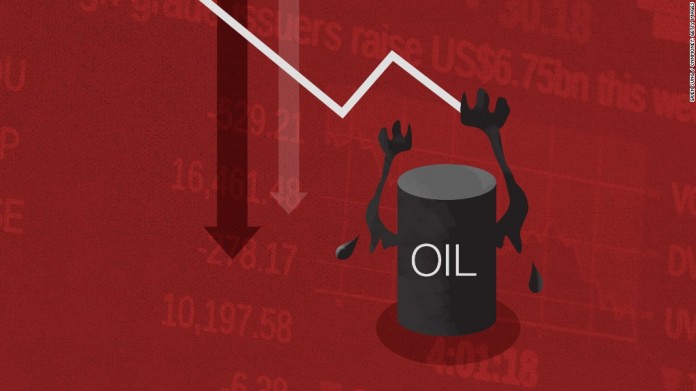 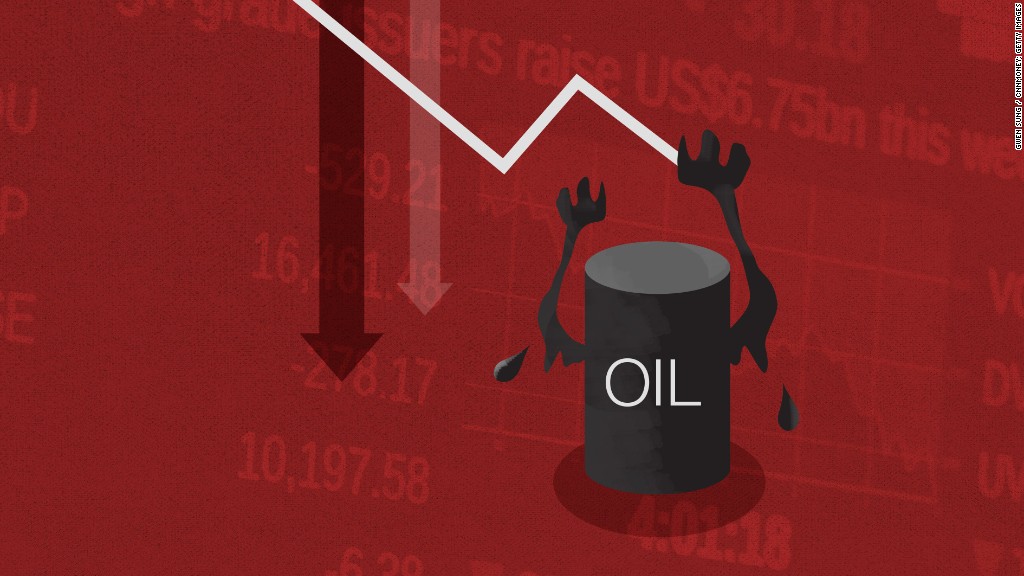 Richard Quest, CNN's chief international business correspondent, has put that question to a lot of VIPs at Davos. Responses range from 2.5 to 9.

The reality is probably somewhere between 5 and 6 -- the average of what CEOs and global leaders say.

Yes, stocks are off to their worst start to a year in history. China doesn't seem to have the same control over its economy anymore, and oil prices have plunged to "unthinkable" levels as OPEC and the United States engage in a "how low can you go?" price war.

That's to say nothing of geopolitics and terrorism. There's plenty to get your heart rate up.

But here's why the worry level isn't a 10: the stock market is NOT the economy.

The global economy has slowed down, but it isn't even contracting yet, let alone at armageddon levels.

CNNMoney answers popular reader questions on why it's not time to panic.

Related: Worried about stocks? Smart investors do these 3 things

1. How much money am I losing?

Real people are losing real money. The average investor is down about 9% so far this year, according to Openfolio, a free app where investors compare their portfolios and performance.

But put that into the bigger context: Stocks have soared about 200% since March 2009. The recent pullback is a minor haircut, not a decapitation.

Plenty of experts argued stock prices had been bid up too high, especially tech and bio tech shares, and they needed a reality check.

The sell-off has brought stock prices back to more reasonable levels. Many investors gauge how expensive the market is by looking at the price-to-earnings (P/E) ratio. The S&P 500 is now trading at 15.6 times forward earnings, according to S&P Capital IQ. That's cheaper than the 15-year average.

Related: These countries are now in bear market territory

It's highly unlikely. Banks and individuals have a lot less debt and a lot more cash on hand than they did heading into 2008. Companies too are sitting on over $1 trillion of cash. All of this money acts as a rainy day fund that gives businesses and people a cushion if the economy really tanks. The world didn't have that in 2008.

It's also telling that as investors have been fleeing stocks, they have been purchasing more bonds than gold. Typically, when investors fear the worst, they pour into gold.

The biggest concerns today are China and cheap oil. But China is sitting on its own massive pile of cash. It may be dwindling, but it's still huge. China is likely to spend that cash if the nation's economy dives into recession.

As for oil, it's only about 6% of the stock market and overall U.S. economy. The energy sector may be hurting, but as long as consumers keep spending, America can keep growing.

That said, central banks continue to pledge they will do everything in their power to intervene if the economy sours. On Thursday, Europe's top banking chief Mario Draghi said he's "ready to act" again to literally pump money into the economy, if needed. Immediately after that, stocks rallied.

3. If not a full-blown crisis, are we headed for a recession?

Unlikely. The U.S. and China are the big players in the world economy. Right now, both are growing, and the U.S. just had two stellar years of job growth.

The global gloom comes from slowing growth, especially in China. It's like going on a diet. It's not a fun feeling, especially at the beginning, as adjustments have to be made.

There's a lot of debate about just how deep China's slowdown is. The government still claims it's chugging along at 6.9% rate of economic growth. A lot of independent experts think the real figure is half that. But it's difficult to know.

If China continues to decelerate and stocks stay in slump mode for months, yes, there is a possibility of a recession. It impacts confidence. People get nervous and they no longer want to spend and banks get fearful and cut back on lending, making it harder for businesses to grow.

"If sustained, we believe the current sell-off also poses a serious threat to world growth," wrote Capital Economics. If it lasts through most of this year, it could cut world GDP by about 0.5% to 1%.

But the point is the downturn in stocks and China's economy have to get a lot worse to trigger a global or U.S. recession.

"Capital markets are a lot like dogs. They try to communicate as best they can, but their repertoire is limited at best. A dog barking could mean 'Play with me' or 'there's an escaped convict at the front door,'" says Nicholas Colas, chief market strategist at Convergex, a global brokerage company in New York.