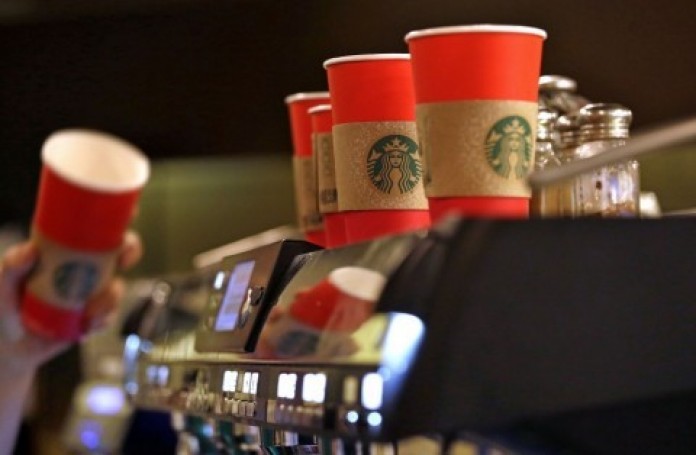 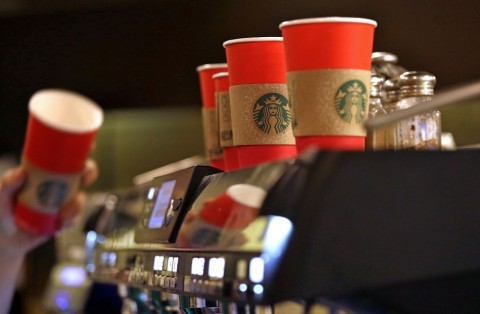 Retailer after retailer has announced in recent weeks that they saw tepid or downright disappointing sales during the crucial holiday season.

And then came Starbucks, dropping a blockbuster earnings report on Thursday that stands out as a clear bright spot in retail. The coffee giant announced that revenue soared 12 percent to a record $5.4 billion. Sales at its U.S. restaurants open more than a year were up 9 percent, and nearly half of that growth came from a surge in foot traffic.

The contrast suggests that Starbucks is outgunning its peers, at least for the moment, in tackling some of the problems that have befuddled the industry. One place where this is evident is in its digital strategy, which has centered heavily on incorporating mobile devices into the in-store experience.  The company’s app accounted for over 21 percent of transactions in the quarter.  At a time where shoppers have not widely embraced mobile payments, Starbucks appears to have built a digital ecosystem that customers have found especially useful.

It may be tempting to think that this doesn’t mean much for Starbucks’s bottom line, because you might presume that people are buying the same latte and croissant they always did, but just paying for it differently. But that overlooks some key, if not immediately obvious, benefits that Starbucks gets from adoption of the app.

For starters, Starbucks is getting reams of data about customers who use the app and the related loyalty program, allowing the chain to personalize offers to individual users and to generally better understand what menu items and price points are clicking with their most devoted followers.

Starbucks recently rolled out a new facet to its app, a “mobile order and pay” tool in which customers can order and pay for their frappuccino from afar and then walk in, skip the line and pick it up at the counter. The retailer said it is now processing 6 million such transactions a month, a relatively small share for a company that processes 85 million transactions globally each week. So, while this offering probably didn’t contribute massively to overall earnings in the quarter, its potential to move the sales needle in the future could be major.

Adam Brotman, the company’s chief digital officer, said on a Thursday call with investors that Starbucks is seeing an incremental sales boost from mobile order and pay. In particular, he said the system is boosting sales at the chain’s busiest stores during peak hours. (Think about it: How many times have you skipped out on your second coffee of the day when you’ve seen a bewilderingly long line at Starbucks and couldn’t be bothered to wait in it?)

This suggests something powerful for Starbucks: Mobile ordering is making it possible to wring more sales out of existing stores, important for a chain that already has almost 10,000 locations in the United States. That sales growth may not come without a related expense; executives said they may have to look at adding staff in stores to fill these orders if adoption continues to grow like executives think it will. But mobile ordering, along with pilots of delivery service, could be an important avenue for growth going forward.

As it works to build up its digital capabilities, Starbucks has also been moving to diversify beyond its core coffee business to sell more food items and to develop stronger business in lunch and dinner hours. There was evidence this quarter that Starbucks is getting this move right: The retailer said it has seen a 20 percent year-over-year increase in revenue from food sales at its stores, with particularly strong growth coming from breakfast sandwiches and its lunch-oriented Bistro Boxes, which include fare such as an edamame hummus wrap or prosciutto-and-mozzarella pinwheels.

Growing outside the core business has also meant a bigger push into grocery stores with products such as its K-Cups, the pods designed for use Keurig coffee machines that produce just a single serving of coffee. Starbucks said Thursday that sales of these items have shot up 20 percent and, in the quarter, accounted for a record share of the company’s overall sales. This growth is yet another bit of evidence that the company is broadening its reach, either generating more sales from Starbucks loyalists or bringing in new customers who mostly prefer to drink coffee in their pajamas at home.

While Starbucks disappointed investors Thursday with a lower-than-expected earnings outlook, the chain is still forecasting figures that are surely the envy of many of its industry peers: Global comparable sales growth is expected to be “somewhat above mid-single digits;” revenue growth is forecast to be 10 percent. In other words, it looks like the retailer’s caffeine high will continue for months to come. 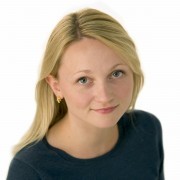