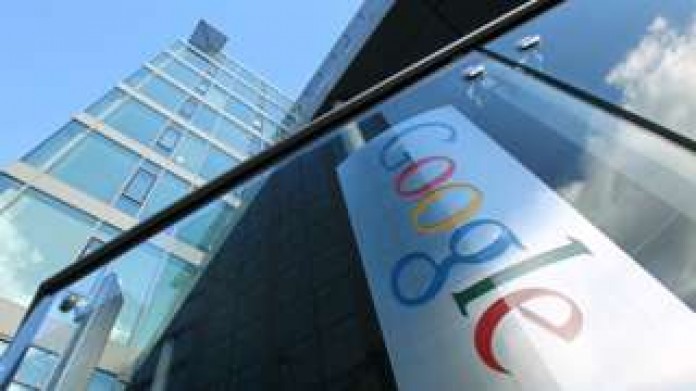 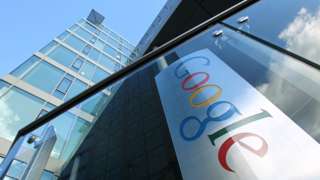 Google's Dublin headquarters which uses the UK office as an agency

The agreement between Google and the UK tax authorities to pay £130 million in back taxes in the UK has been widely criticized as too lenient.

Chancellor George Osborne described the deal as a "victory", while Labour's John McDonnell said the sums were "trivial".

Meanwhile there are reports that some European tax authorities are chasing Google for far bigger tax bills.

We look at how the UK arrived at a bill of £130m, and whether Europe can squeeze more tax out of this $66bn-a-year multi-national.

How did the UK decide Google should pay £130m?

The UK's tax authorities (HMRC) has not said how it calculated Google's tax liability "for reasons of confidentiality".

However, HMRC has agreed Google's tax affairs are legal, which implies that it sees nothing wrong with the current arrangement.

The way that works was explained by to a parliamentary committee in 2013 by Google boss Matt Brittin.

The tax is based on a fee that its UK operation receives as an agency of its Dublin office.

Mr Brittin told MPs that, as the UK is simply working for the Dublin office, the fee is based on the value of the work, along with costs such as rent and salaries.

He said: "The way we come to a conclusion on that is, if we went outside and hired other firms to do those kinds of things, what would we pay there?"

In the year Mr Brittin was referring to (2012) the fee paid to the UK office was £396m. After it had paid all its costs, the company had an accounting profit of £31m and paid tax of £6m.

All that despite the fact it had revenues in the UK of £4.9bn in that tax year.

So all the revenues that pour in from sales across Europe, including the UK, end up being taxed at just 12.5% in Dublin.

There have been proposals to harmonise corporate tax rates across Europe, supported by Germany and France.

But low-tax countries led by the UK and Ireland have fiercely opposed any such moves.

According to Google, the latest arrangement with the UK authorities means tax rates will stay the same, but it will increase the amount of sales activity registered in Britain rather than Ireland.

That should now increase its fee income in the UK and therefore its tax bill.

Based on the extra tax paid for each of the last 10 years, i.e. £13m, Google's tax UK bill next year is unlikely to be significantly larger.

How come the Italians and French can squeeze more money out of Google?

No agreement has been reached yet on extra payment of taxes between Google and other European countries.

Italy isn't a revenue earner on the UK scale but it still generated some €54.4m in sales for Google last year - again booked through Ireland.

The Italian authorities are considered to be very aggressive, and companies facing the prospect of a long drawn out Italian court cases often prefer to settle.

Here the relationship between the company and the government is particularly bruising. Google's offices have been raided. Ministers have called Google a "colonialist", and threatened an "internet tax".

In contrast, the UK's approach, according to HMRC, is that it will "seek to handle disputes non-confrontationally and by working collaboratively with the customer wherever possible".

"The UK gets more than the OECD average in terms of tax take from corporations. It has gone down in recent years but a lot of that is to do with the big banks in the UK making less profit," he says.

On Thursday the European Union competition commission said it would examine a complaint from the Scottish National Party about Google's deal.

But the mechanism it is employing isn't strictly to combat tax-avoidance. Instead it will look at whether the deal cut with the UK tax authorities could be classed as state aid.

The Commission started applying rules that prevent unfair state-aid last year on so called "sweetheart" deals done between governments that lure big multi-nationals to set up in their jurisdiction aided by tax breaks.

In 2015 it ordered Belgium to recover money from 35, mainly European, companies and is investigating the restaurant chain McDonalds' tax arrangements in Luxembourg.

Couldn't it bring in tougher laws on tax-avoidance?

The Commission has presented its own tax-avoidance package which, if approved, members states will individually turn into laws.

The dominant principle is that companies will pay tax where the profits are made which could affect Google's tax deal with the UK.

The major clause is designed to stop companies in the EU shifting their profits to lower-tax countries in the EU such as Ireland.

Mr Cullinane said: "In the end it's up to each country to decide how to implement the directive, but as all governments have to comply with it across Europe, it undermines the argument that being tough on tax-avoidance is bad for your competitiveness."

There are a list of other measures, such as a cap on the amount of interest that companies pay on debt that is tax-deductible.

This is important because of the role that internal loans play in companies' tax-avoidance schemes. For instance, a Reuters investigation found that Starbucks UK, quite legally, was paying interest on loans from its other European operations to claim tax relief.

The final clause is a General Anti-Abuse Rule which the EC describes as a measure "to counter-act aggressive tax planning when other rules don't apply."