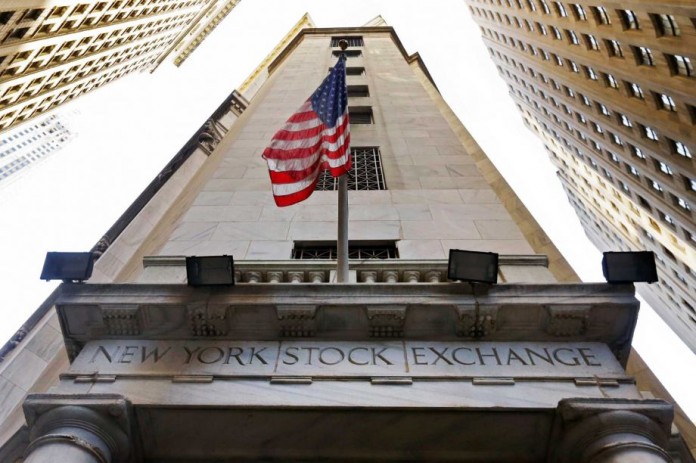 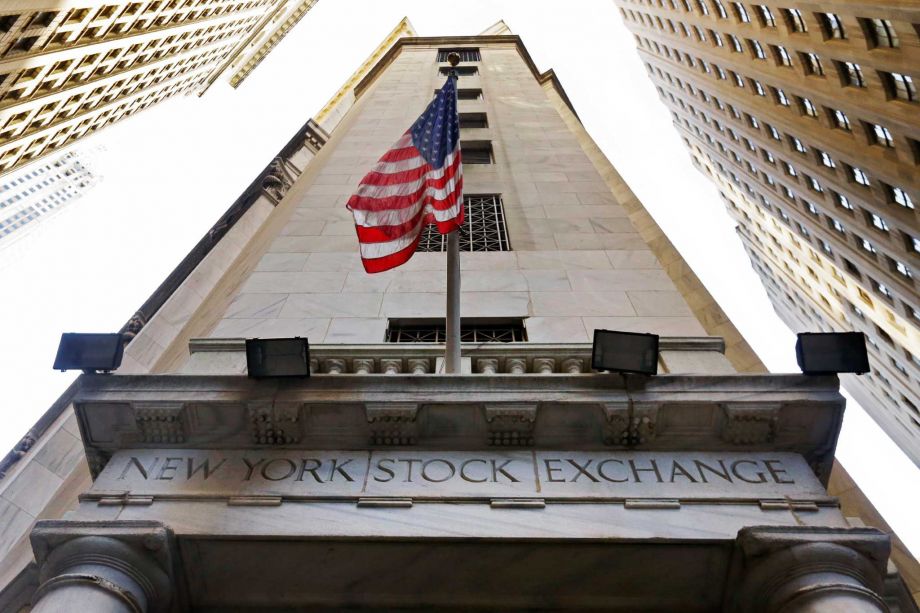 In this Friday, Nov. 13, 2015, photo, the American flag flies above the Wall Street entrance to the New York Stock Exchange, in New York. U.S. stocks are wavering between small gains and losses Thursday, Jan. 28, 2016, following a sharp sell-off the day before.

In this Friday, Nov. 13, 2015, photo, the American flag flies above the Wall Street entrance to the New York Stock Exchange, in New York. U.S. stocks are wavering between small gains and losses Thursday, Jan. ... more

NEW YORK (AP) — Stocks are rising Thursday afternoon as the price of oil climbed for the third day in a row while key oil-producing nations discuss cuts in production. Tech stocks are rising, led by big names like Amazon and PayPal. Drugmakers are trading lower.

OIL CLIMBS: The price of oil rose as the Russian government continued talks with Saudi Arabia and OPEC about cutting production. U.S. crude rose 92 cents, or 2.8 percent, to $33.22 a barrel in New York. Brent crude, a benchmark for international oils, gained 79 cents, or 2.4 percent, to $33.89.

The price of U.S. oil has climbed 9.5 percent over the last three days.

Oil prices have been on a long, steep slide since 2014 as world stockpiles hit extremely high levels and investors fear demand will get weaker. Last Wednesday U.S. oil closed at a 12-year low of $26.55 a barrel.

FACEBOOK GETS LIKES: Facebook surged after reporting that its profit more than doubled in the fourth quarter. The social networking site gained another 46 million users, giving it 1.59 billion around the world. The stock rose $14.97, or 15.8 percent, to $109.42, on pace for its best day in two years.

"Since Facebook killed it yesterday, the others are enjoying a rally," said Wedbush analyst Michael Pachter. "Facebook use is completely independent of Amazon use, but investors blindly bid up all of them when one does well."

Amazon will report its fourth-quarter results after the market closes Thursday, and Pachter said that could lead to more gains for the four stocks.

BID LOWER: E-commerce site eBay lost $3.27, or 12.4 percent, to $23.15 after its guidance for the current quarter and the year disappointed investors. Its former payment unit PayPal reported strong results and added $2.42, or 7.7 percent, to $34.01. PayPal was spun off from eBay in July.

A GOOD FIT: Sports apparel maker Under Armour reported a larger-than-expected profit and better revenue than analysts had forecast. The company said shoe revenue almost doubled on strong sales of Stephan Curry basketball sneakers. Its stock climbed $15.19, or 22.1 percent, to $83.77, putting Under Armour on pace for its biggest one-day gain in two years.

The Massachusetts attorney general's office said Wednesday it is investigating whether the high price of a new hepatitis C drug from Gilead Sciences violates state law. The stocks have fallen in recent months as controversy over drug prices has increased.

The Nasdaq biotech index fell 3 percent. That index hit a record high in July and has lost about a third of its value since then.

CATERPILLAR DIGS IN: Construction and mining equipment maker Caterpillar reported better-than-expected quarterly results even though the company is struggling with lower commodity prices and a weakening global economy. It rose $2.69, or 4.6 percent, to $61.01.

OUT OF STOCK: Equipment rental company United Rentals reported a smaller fourth-quarter profit and less revenue than Wall Street expected. Its stock fell $10.18, or 18.2 percent, to $45.66.