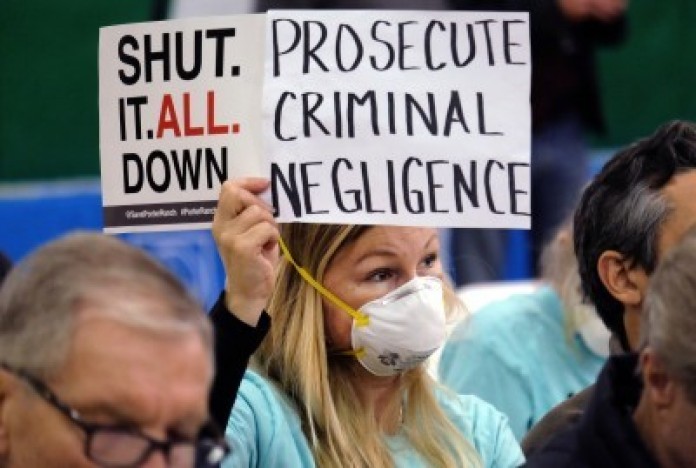 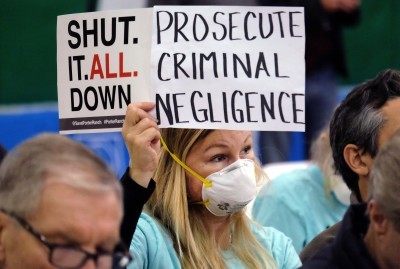 By Associated Press February 2 at 8:25 PM

Los Angeles prosecutors have filed misdemeanor criminal charges against a utility for failing to immediately report a massive gas leak in October.

Los Angeles County District Attorney Jackie Lacey said Tuesday that Southern California Gas Co. needs to be held accountable for the leak that has been out of control nearly 15 weeks.

The criminal complaint charges the company with four misdemeanor counts. If convicted, the company could be fined up to $25,000 for each of the three days it didn’t notify the state Office of Emergency Services of the leak.

Lacey says the company also could be fined up to $1,000 per day for air pollution violations.

SoCalGas says it discovered the leak Oct. 23 at its Aliso Canyon storage facility.

The company didn’t immediately respond to a request for comment.

The Pipeline and Hazardous Materials Safety Administration said Tuesday it is working on new regulations and has advised operators to review the safety of their facilities.

The nonstop leak has spewed millions of tons of climate-changing methane and uprooted more than 4,400 Los Angeles families sickened by the stench or concerned about their health.

The agency says gas storage operators should check for leaks and identify potential failures from corrosion and other damage.

The SoCalGas leak is under investigation, but the agency says it probably occurred in a well casing.

Attorney General Kamala Harris said Tuesday the company violated several state laws and failed to report the leak to the necessary agencies for three days after its discovery in October. Harris says the leak created a public health and statewide environmental emergency.

The company did not immediately respond to messages seeking comment, but has previously cited a policy of not commenting on litigation.

The company is facing more than two dozen lawsuits over the leak that has forced thousands of residents from their homes in the Porter Ranch section of Los Angeles and has spewed more than 2 million tons of climate-changing methane.