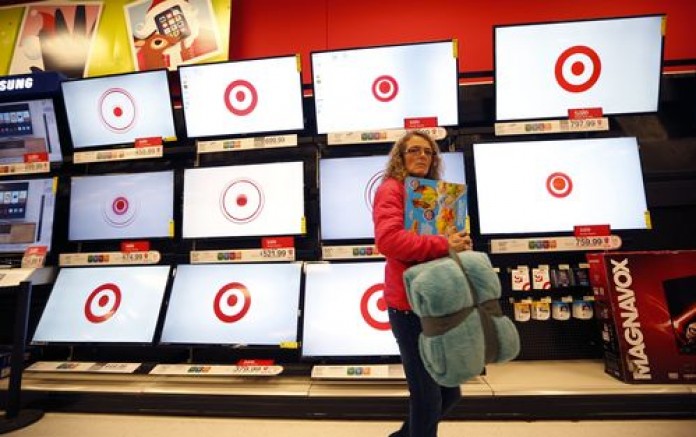 Target's transformation will continue this year with a slew of store and digital updates, including improved grocery options and specialized customer service.

NEW YORK — Shopping at Target will not be the same a year from now.

It will be easier, less frustrating and more convenient, executives said a meeting with analysts here Wednesday. Starting a shopping trip through Target's app or online and finishing it in a store will become more seamless, with text notifications when online orders for in-store pickup are ready and dedicated areas of the store for these orders. Online orders will ship faster, as Target transitions more of its physical stores to double as fulfillment centers.

Those capabilities are part of a plan laid out by Target executives to become the ultimate one-stop grocery, apparel and home destination for American families as it continues a transformation to become a more digitally-focused, personalized and reliable retailer.

Target wants to be the store where customers can just as easily buy a blue Star Wars lightsaber as last minute dinner ingredients, a new bikini for spring break, a stylish sports bra or updated accent pillows for a living room renovation. And perhaps refill a prescription and restock on diapers.

The company will test more personalized customer service and better inventory management that will keep shelves more consistently in stock. Store floor space will be reorganized to highlight merchandise in more appealing ways. Target is rolling out more premium products in home, beauty and apparel.

Many of these new services will be tested simultaneously in 25 Los Angeles-area stores this spring, though some are already making their way to other stores, such as mannequins for apparel and more visual merchandising in other categories like home. Internal data show these displays lead to improved sales growth for those products than if they were just on a shelf.

All of these transformations are part of Target's bid to grow sales by 1.5% to 2.5% this year and by at least 3% annually in 2017, while reducing costs with more back-end efficiency in technology and the company's supply chain.

Target has proven to be a powerful force in retail since Cornell came to the company in 2014 and helped refocus its priorities and aggressively tackle growth in digital traffic, sales and experiences. Target renewed its focus on style, both in apparel and home decor. It made a commitment to offer better merchandise in baby and kids, including a new gender-neutral kids brand called Pillowfort that launched in late February and has already seen double-digit growth since.

In a highly competitive fourth quarter when competitors saw weak sales, Target saw its sixth consecutive quarter of same-store sales increases, driven by the core categories Cornell is targeting: home, baby, kids and wellness. Sales were up 1.9% at stores open at least a year and digital sales grew a whopping 34%.

"We have to be focused on driving traffic to our stores and business to our site," Cornell said, and part of that includes giving customers better reasons to shop with Target beyond price, which Cornell says had become too much of a priority in recent years at the expense of compelling merchandise. "We're making sure we’re focused on innovation, we’re elevating our focus on trend, we’re certainly elevating the quality we’re putting back in the product," he said.

Target has seen considerable success with smaller stores in urban areas and college campuses, opening nine in 2015. At least two more are coming near Penn State and several Boston colleges this year. The merchandise is heavily localized, such as displays with water bottles and game-day merchandise in the Boston store near Fenway Park. College campus-based stores get more solo cups and ping pong balls.

The stores aren't meant to be glorified convenience shops, said Chief Operating Officer John Mulligan. "This isn’t a stop and go pick up some food," he said. "It’s really about bringing the totality of Target to that neighborhood."

Another change in the pipeline: a simplified loyalty program aimed at attracting more customers than currently take part in Target's coupon app Cartwheel or REDCard credit and debit card. Target has been testing a separate program called REDPerks in North Carolina that rewards customers based on a point system for dollars spent.