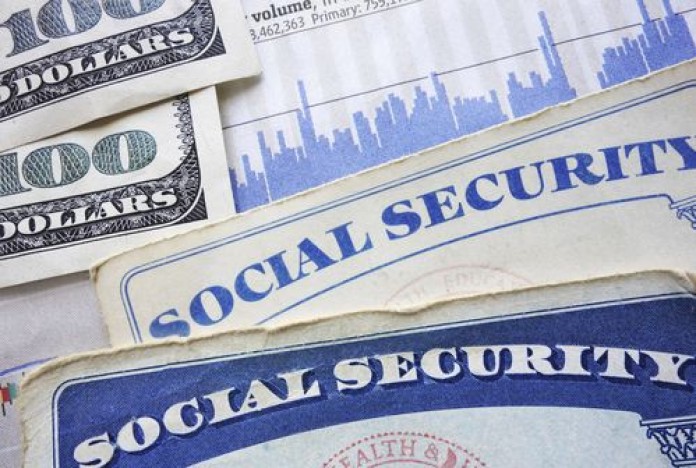 Social Security hasn't yet emerged as a major presidential-campaign issue. Some leading candidates haven't discussed this issue in much detail.

Social Security hasn't yet emerged as a major presidential-campaign issue. Some leading candidates haven't discussed this issue in much detail.(Photo: Getty Images/iStockphoto)

With the number of serious presidential candidates thinning out and the election drawing closer, it's getting a bit easier to see where the main contenders stand on Social Security.

The nation's retirement-income program hasn't emerged as a dominant election issue, but some of the candidates have articulated what they expect of the program, how they might change benefits or taxes or take other measures to shore up the program's long-term solvency. Here's how leading candidates view Social Security, based mainly on positions articulated on each contender's website at the start of March:

Clinton largely wants to maintain the current system. There's a pledge to preserve Social Security for future generations by "asking" the wealthiest to contribute more. Her website doesn't provide many details on how much more in taxes would be paid by wealthier Americans. Clinton also would like to expand benefits for widows and for people who took time out to care for kids or sick family members, which would help women in particular.

Her position on Social Security is mostly a defensive one: Oppose cuts in cost-of-living adjustments. Oppose efforts to raise the retirement age (which ranges from 66 to 67 for most people currently employed) and oppose benefit cuts or broad tax increases. Clinton also stands against efforts to privatize the system or "attempts to gamble seniors' retirement security on the stock market."

Sanders describes Social Security as the most successful federal government program ever, and he would extend its reach. Sanders wants to increase benefits by an average of $65 a month, augment cost-of-living adjustments or COLAs and increase the minimum benefits for low-income seniors. To pay for all this, and to keep the program solvent another 50 years, Sanders would raise the amount of earnings subject to payroll taxes that support Social Security. Currently, the tax stops above $118,500 a year in personal income, but he would also tax income above $250,000. His website doesn't spell out what tax rate, if any, would apply on income between $118,500 and $250,000.

Sanders opposes efforts to privatize the program or allow workers to choose investments. He notes that Social Security's current (but dwindling) surplus is invested in U.S. Treasury bonds, which he calls the "safest interest-bearing securities in the world." It doesn't say that those bonds are backed by future tax revenue and federal borrowings rather than by stocks, real estate or other assets. Sanders wants to keep the private sector out of Social Security. "Corporations destroyed the retirement dreams of millions over the past 30 years by eliminating defined-benefit pension plans," the website says. "Millions of Americans lost their life savings after Wall Street's recklessness crashed the economy in 2008."

Donald Trump has vaulted to the top of the Republican leader board without talking much about Social Security, which might not be a coincidence. Social Security reform is a thorny, divisive issue. Candidates can't take a strong position without alienating many voters.

Trump's website focuses on five key positions and briefly discusses about a dozen other issues, but Social Security isn't among them. One of his five key positions involves cutting income taxes and simplifying the tax code. Trump also vows to create more jobs if elected president. An expanding economy would generate more payroll-tax revenue to support Social Security, but that's not the same as tackling the issue head-on. Some media reports indicate Trump wants to preserve the program without reducing benefits or raising the retirement age, but we won't know specifics until he discusses Social Security in detail.

The GOP candidates trailing Trump offer various viewpoints. Ted Cruz's website doesn't spend much time on Social Security, though he does offer some bold tax proposals ranging from abolishing the Internal Revenue Service to simplifying the income-tax code with a flat tax. John Kasich considers Social Security in need of fundamental financial reform, and if elected president he vows to lead a bipartisan effort to find solutions to shore up the program.

Marco Rubio has one of the more clearly defined Social Security platforms. He vows to make no changes affecting people in or near retirement but wants to increase the retirement age gradually to reflect longer life expectancy. Rubio also would slow the growth rate of benefits for wealthier seniors and abolish the retirement earnings test, which he said discourages seniors from working without addressing Social Security's solvency. (This test withholds some benefits for younger seniors below normal retirement age who continue to work and earn too much money, though they receive the withheld benefits later.)

Rubio also would open up the federal Thrift Savings Plans to non-government workers. This program resembles a 401(k) program that, notably, features an assortment of stock and bond mutual funds —  not just government bonds of the type held by Social Security.

Social Security: Where it stands

Politicians have a long history of kicking the can down the road when it comes to Social Security reform, and this election year is proving no exception. Social Security faces economic pressures that require a political solution, but this hasn’t emerged as a major issue yet in the 2016 presidential campaign.

Program overview: Social Security is the main or only source of retirement income for millions of Americans. Some 48 million people received retirement benefits in 2014, in addition to nearly 11 million who got disability-insurance payments. Also, nearly 54 million had health coverage through Medicare, which faces its own funding problems. Social Security is widely credited with lifting millions of seniors out of poverty.

The problem: The retirement portion of Social Security is projected to run out of money eventually, meaning the system will have enough money to pay some but not all promised benefits — roughly three-fourths. Social Security’s trustees expect this to happen around 2034 or so. Social Security has built up a surplus, but this is gradually being depleted as more Baby Boomers retire.

At any rate, the surplus is held in the form of Treasury bonds, which are pledges of the federal government, supported by tax revenue and future borrowings – not the sort of tangible assets like stocks or real estate that most of us think of when we envision a nest egg. Social Security is a pay-as-you-go system in which current workers pay taxes and the money gets funneled to retirees. As the nation ages, fewer workers are paying taxes to support each retiree.

Possible solutions: As with any budget problem, there are basically two fixes: Either raise income or reduce expenses (or do both). On the expense side, possible solutions include reducing benefits (for everyone or just wealthier seniors) and raising the age at which full benefits are paid. This latter possibility has a basis in logic, since Americans now live much longer on average than when Social Security was established in the 1930s. On the revenue side, one prominent proposal is to raise taxes by expanding the amount of earnings subject to Social Security taxes – currently, payroll taxes apply on up to $118,500 in annual wages, then stop.

Tangential issues: Social Security was never intended as the only source of retirement income, but it has become that for millions of Americans. Many more people could depend on it entirely in the future, reflecting low personal rates of savings, a decline in the nation’s homeownership rate and a reduction in the availability of employer-sponsored pension plans. An interesting political debate focuses on whether workers should be allowed to divert some of their Social Security assets into investments offering potentially higher returns, such as stocks or non-government bonds. Currently, the Social Security surplus is held in Treasury bonds only.

Question of timing: While 2034 might seem like a long time away, Social Security’s trustees are urging politicians to address the problem now. “Taking action sooner rather than later will permit consideration of a broader range of solutions and provide more time to phase in changes so that the public has adequate time to prepare,” they say.