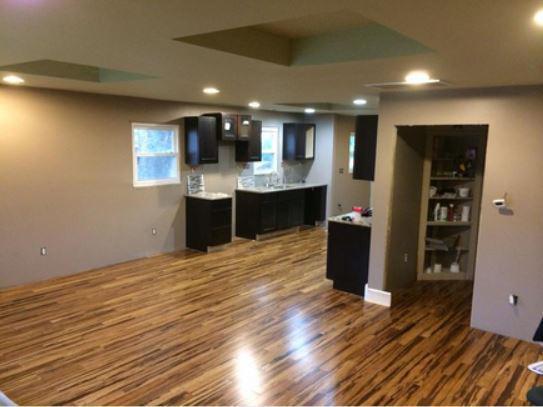 Geopolitical concerns came back to the stock market on Tuesday, and investors reacted negatively to news of bombings in the Belgian capital of Brussels that reawakened fears of terrorist activity across the European continent. Major market benchmarks regained much of the ground they lost during the early part of the day, but they nevertheless closed with losses of as much as a quarter percent. Even with the bad news hitting the market, some stocks still managed to buck the downtrend and produce solid gains on Tuesday. Among the top performers were Lumber Liquidators (NYSE:LL), Office Depot (NASDAQ:ODP), and Elbit Systems (NASDAQ:ESLT).

Lumber Liquidators jumped 16% in the wake of news that the flooring specialist had come to an agreement with the California Air Resources Board concerning inquiries about its laminate flooring products. The company said that the deal "fully resolves" the regulatory inquiry and that the California agency has concluded its review without making a formal finding of wrongdoing or violations. Lumber Liquidators will pay $2.5 million as part of the deal, and it also agreed to voluntary compliance procedures in order to ensure that the regulator's standards regarding formaldehyde are met. What investors especially liked was the fact that the California body expressly recognized Lumber Liquidators' efforts as well as the lack of evidence of actual harm. If the deal can repair Lumber Liquidators' damaged reputation, then it could go a long way toward making the company more viable in the long run.

Office Depot rose 10% as Federal Trade Commission hearings regarding the competitive impact of the office supply store chain's proposed merger with rival Staples continued. The FTC is concerned that allowing the two companies to merge would effectively create a near-monopoly in segments of the office supply market, especially that part of the market that aims at large corporate customers. For its part, Office Depot has argued that e-commerce retail specialists are already taking aim at the market and could pose a much larger threat in the near future, necessitating the merger as a means of survival. Given that the hearings could last two weeks or longer, investors will be on edge and looking for any clues of what the eventual resolution will be. Office Depot's positive stock performance suggests that investors at least find the pro-merger argument more compelling.

Finally, Elbit Systems climbed 8%. The Israeli defense technology specialist released its fourth-quarter financial report Tuesday morning, and revenue rose 4% from the year-ago quarter, helping to produce adjusted earnings of $1.74 per share. CEO Butzi Machlis was especially pleased with the company's record backlog of $6.6 billion, and he believes that the European market has shown encouraging signs of emerging from its recessionary conditions. In addition, Elbit Systems has focused its attention on the Asia-Pacific region, and the defense tech provider believes that the region could become an important growth driver in the future as well.

A secret billion-dollar stock opportunity
The world's biggest tech company forgot to show you something, but a few Wall Street analysts and the Fool didn't miss a beat: There's a small company that's powering their brand-new gadgets and the coming revolution in technology. And we think its stock price has nearly unlimited room to run for early in-the-know investors! To be one of them, just click here.