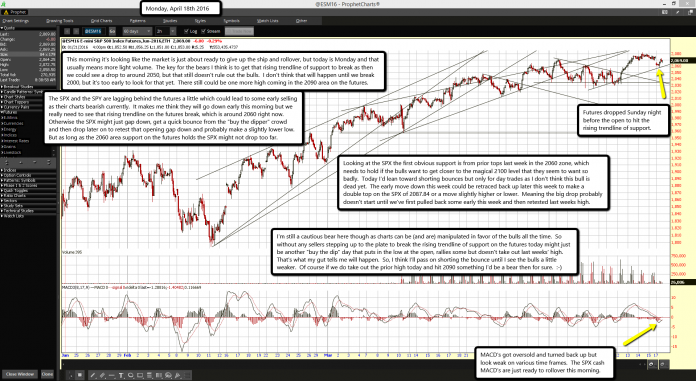 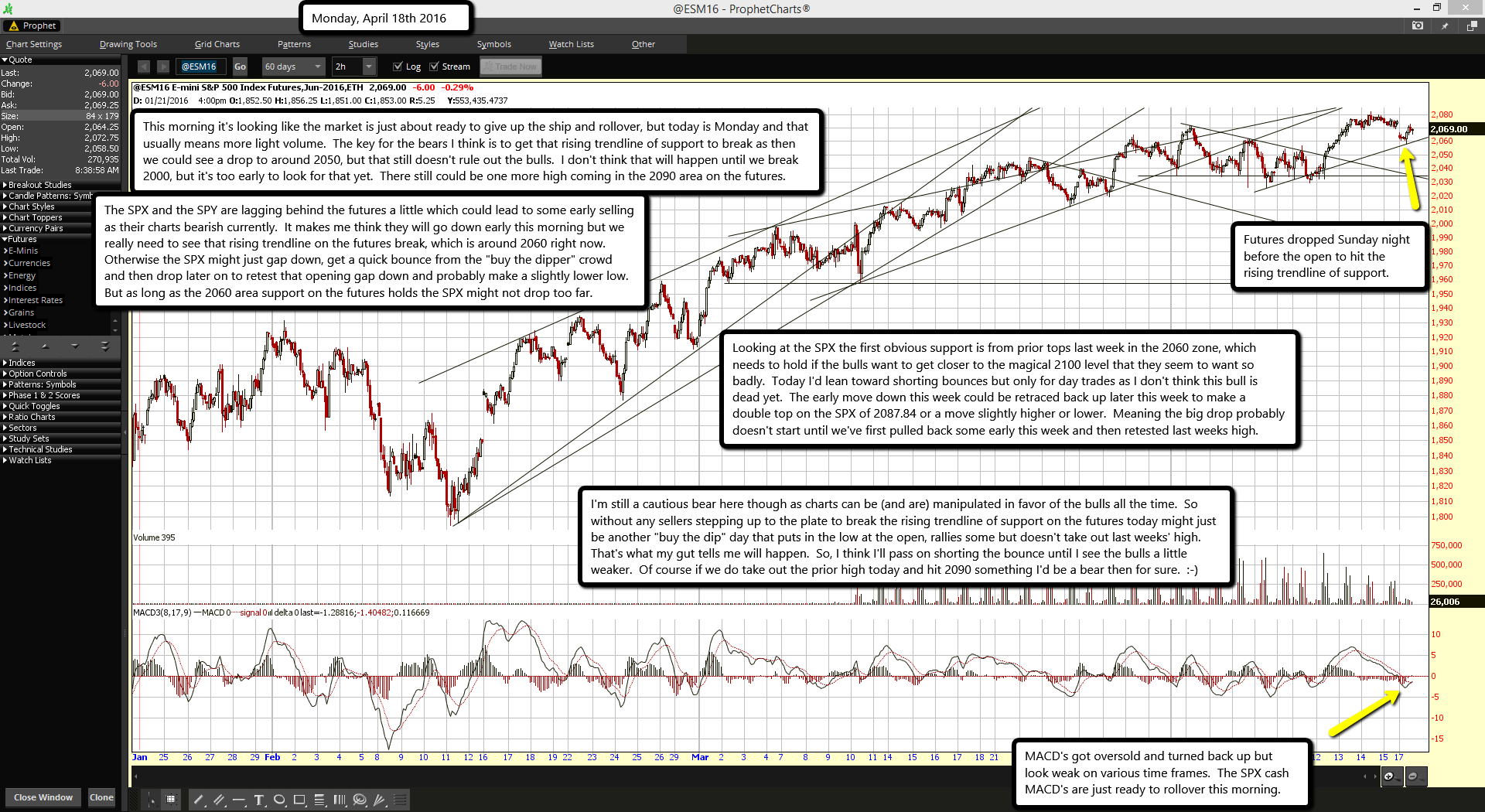 Futures dropped Sunday night before the open to hit the rising trendline of support.

MACD's got oversold and turned back up but look weak on various time frames.  The SPX cash MACD's are just ready to rollover this morning.

This morning it's looking like the market is just about ready to give up the ship and rollover, but today is Monday and that usually means more light volume.  The key for the bears I think is to get that rising trendline of support to break as then we could see a drop to around 2050, but that still doesn't rule out the bulls.  I don't think that will happen until we break 2000, but it's too early to look for that yet.  There still could be one more high coming in the 2090 area on the futures.

The SPX and the SPY are lagging behind the futures a little which could lead to some early selling as their charts bearish currently.  It makes me think they will go down early this morning but we really need to see that rising trendline on the futures break, which is around 2060 right now.  Otherwise the SPX might just gap down, get a quick bounce from the "buy the dipper" crowd and then drop later on to retest that opening gap down and probably make a slightly lower low.  But as long as the 2060 area support on the futures holds the SPX might not drop too far.

Looking at the SPX the first obvious support is from prior tops last week in the 2060 zone, which needs to hold if the bulls want to get closer to the magical 2100 level that they seem to want so badly.  Today I'd lean toward shorting bounces but only for day trades as I don't think this bull is dead yet.  The early move down this week could be retraced back up later this week to make a double top on the SPX of 2087.84 or a move slightly higher or lower.  Meaning the big drop probably doesn't start until we've first pulled back some early this week and then retested last weeks high.

I'm still a cautious bear here though as charts can be (and are) manipulated in favor of the bulls all the time.  So without any sellers stepping up to the plate to break the rising trendline of support on the futures today might just be another "buy the dip" day that puts in the low at the open, rallies some but doesn't take out last weeks' high.  That's what my gut tells me will happen.  So, I think I'll pass on shorting the bounce until I see the bulls a little weaker.  Of course if we do take out the prior high today and hit 2090 something I'd be a bear then for sure.  🙂