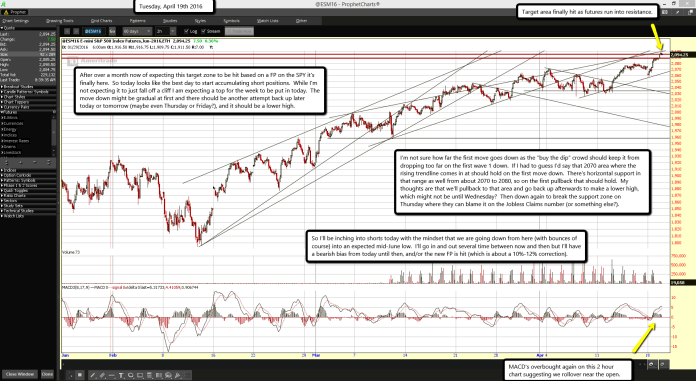 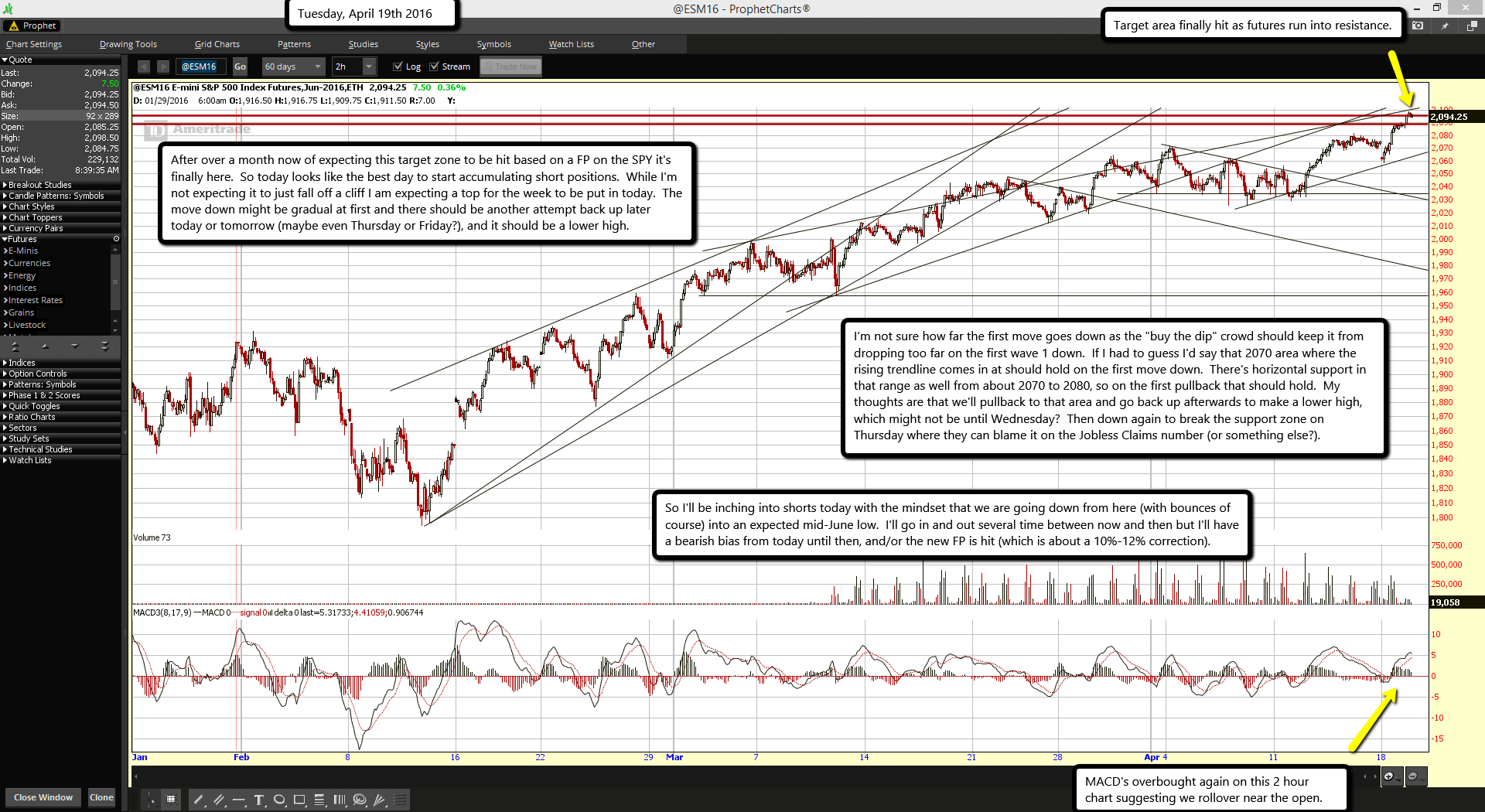 MACD's overbought again on this 2 hour chart suggesting we rollover near the open.

After over a month now of expecting this target zone to be hit based on a FP on the SPY it's finally here.  So today looks like the best day to start accumulating short positions.  While I'm not expecting it to just fall off a cliff I am expecting a top for the week to be put in today.  The move down might be gradual at first and there should be another attempt back up later today or tomorrow (maybe even Thursday or Friday?), and it should be a lower high.

I'm not sure how far the first move goes down as the "buy the dip" crowd should keep it from dropping too far on the first wave 1 down.  If I had to guess I'd say that 2070 area where the rising trendline comes in at should hold on the first move down.  There's horizontal support in that range as well from about 2070 to 2080, so on the first pullback that should hold.  My thoughts are that we'll pullback to that area and go back up afterwards to make a lower high, which might not be until Wednesday?  Then down again to break the support zone on Thursday where they can blame it on the Jobless Claims number (or something else?).

So I'll be inching into shorts today with the mindset that we are going down from here (with bounces of course) into an expected mid-June low.  I'll go in and out several time between now and then but I'll have a bearish bias from today until then, and/or the new FP is hit (which is about a 10%-12% correction).