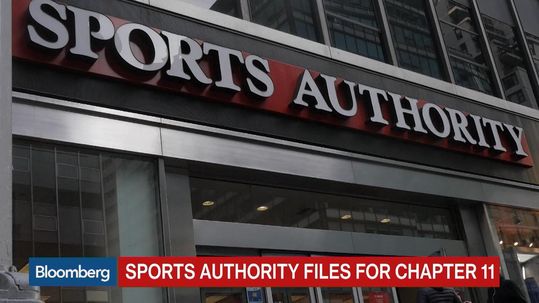 March 2 -- Howard Davidowitz, chairman at Davidowitz & Associates, and Brian Belski, chief investment strategist at BMO, examine the Chapter 11 filing by Sports Authority and the potential for more bankruptcies in the retail industry.

All 17 Sports Authority stores in Arizona could be sold or close after a decision by the retailer not to pursue a Chapter 11 reorganization.

The filing last week in bankruptcy court in Wilmington, Del., reported originally by Forbes.com, means up to all 450 or so Sports Authority stores nationwide could be liquidated in an auction set for May 16 as the $64 billion sporting-goods industry continues to consolidate.

A previous bankruptcy filing by Sports Authority Holdings, based in Englewood, Colo., indicated that about one-third of the chain's stores would close, including three in the Valley and seven overall in Arizona. The retailer's website lists 17 Arizona stores – 12 in the Valley, three in Tucson and one each in Yuma and Casa Grande.

The company didn't immediately respond to requests for comment. Sports Authority is owned by Leonard Green & Partners, a Los Angeles-based private-equity firm with an array of retailing, medical, health, entertainment and other businesses. In addition to Sports Authority, the company owns three dozen businesses ranging from Aspen Dental, David's Bridal and Jo-Ann Stores to Lifetime Fitness, a dialysis-treatment chain and even the Palms Casino Resort in Las Vegas.