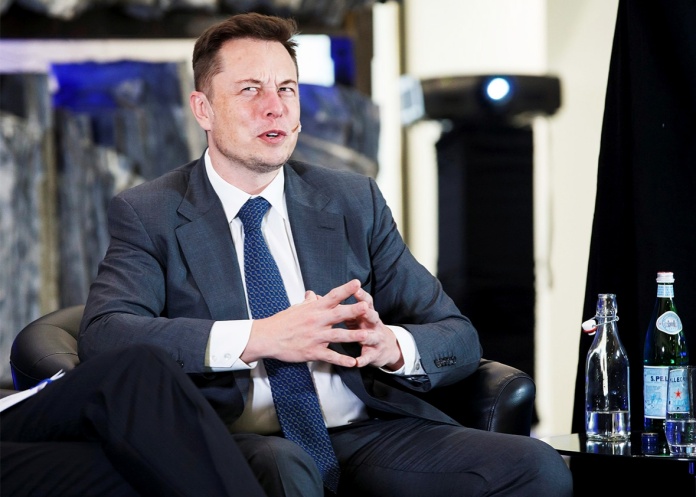 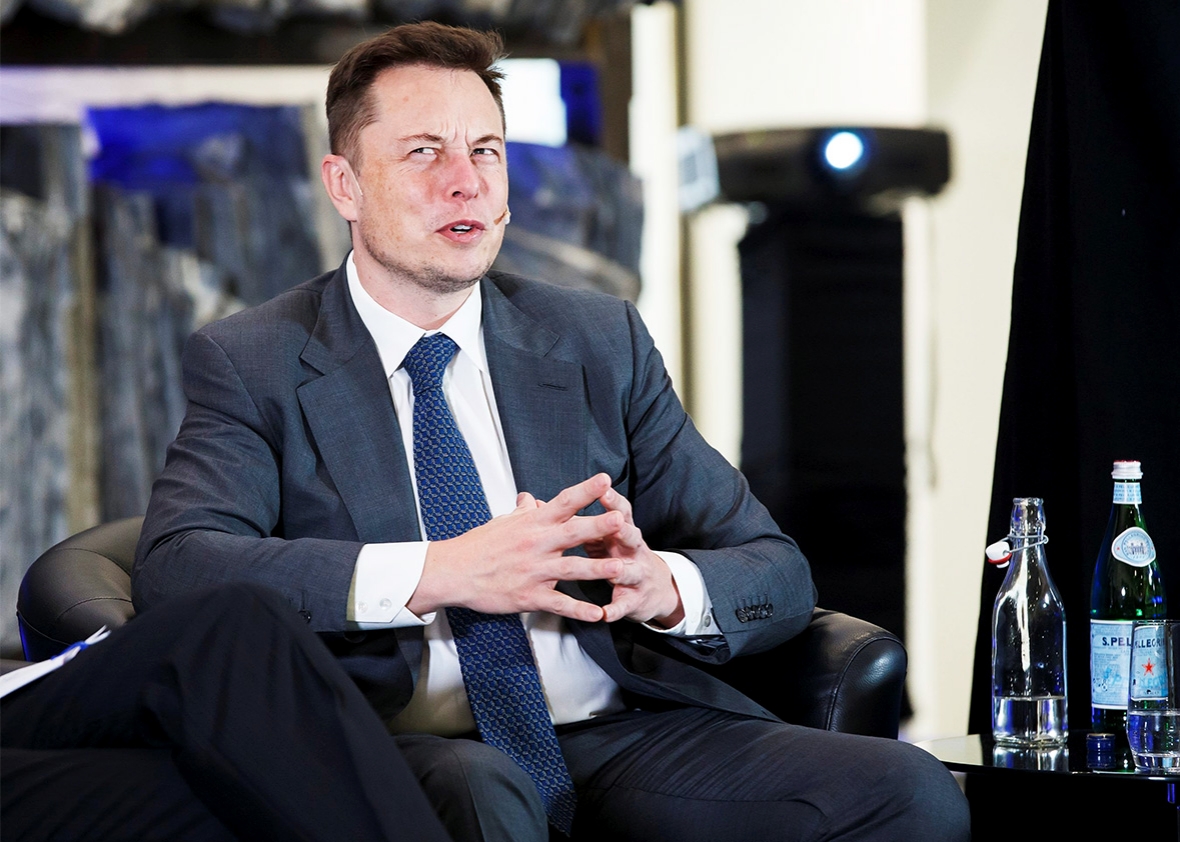 There were two big takeaways from Tesla’s latest earnings report on Wednesday, and they seemed breathtakingly contradictory.

The first was that the company is behind schedule on production of its latest vehicle, its losses are mounting, and two key manufacturing executives are leaving. Time to lower expectations, right?

Apparently not. The second piece of big news was that the company is dramatically revising its production schedule for its next vehicle, the Model 3. No, not pushing it back but moving it forward—by two years. Whereas CEO Elon Musk once said he aimed to be shipping a whopping 500,000 cars a year by 2020, he told investors this week that he now expects to achieve the same goal by 2018. That’s 10 times the number of vehicles it shipped in 2015, and more than six times the number it hopes to deliver this year.

In a letter to shareholders, Musk wrote:

"Increasing production fivefold over the next two years will be challenging and will likely require some additional capital, but this is our goal and we will be working hard to achieve it."

“Challenging” is an understatement. Shipping 500,000 cars means not only continuing to rev up production of Tesla’s existing models but bringing online the world’s largest electric battery factory and cranking out hundreds of thousands of Model 3 sedans, an entirely new vehicle that the company just unveiled this month and has not yet begun to mass-produce. As MarketWatch’s Jeremy C. Owens put it: “Elon Musk wants to launch a rocket to Mars as soon as 2018. His goals for Tesla Motors may be even more ambitious.”

To recap: Tesla is behind schedule on production of the Model X SUV, and at the same time, it’s drastically accelerating its production schedule for the Model 3. It also lost $283 million last quarter, its 12th consecutive quarter as a money loser. And so of course it’s planning to ramp up capital spending, too. All this, just weeks after Tesla candidly chalked up the Model X delays to its own hubris.

Welcome to Musk’s own version of Steve Jobs’ reality-distortion field.

Coming from almost any other CEO, such a disconnect between promises and results could be written off as delusional bluster. But Musk’s track record of promising the impossible is matched only by his track record of delivering the wildly improbable. It’s rare that Tesla fully meets its own incredibly ambitious timelines for delivering new cars. And yet, by coming even remotely close to meeting them, the company routinely blows away the expectations of its skeptics, dazzles the press and the public, and leaves competitors choking on its nonexistent exhaust.

But does it have to be this way? Why couldn’t Tesla publicly reaffirm its target of 500,000 vehicles by 2020 while privately aiming for 2018? Why not underpromise and overdeliver for once?

Well, there are practical reasons why it makes sense to set an aggressive timeline, some of which Musk elucidated on the earnings call Wednesday. For one thing, the consumer demand is overwhelming: More than 325,000 people plunked down a deposit to reserve a Model 3 in a single week. The longer Tesla keeps them waiting, the greater the chances they’ll change their mind. Secondly, if it’s true that Tesla needs to raise more money, the aggressive timeline might help to persuade investors of that urgency.

But Musk said it’s really about motivating the company’s employees and third-party suppliers, and about the inevitability of missed deadlines. Explaining his target of July 1, 2017, to begin mass production of the Model 3, here is what he said:

"Now, will we actually be able to achieve volume production on July 1 next year? Of course not. The reason is that even if 99 percent of the internally produced items and supplier items are available on July 1, we still cannot produce the car because you cannot produce a car that is missing 1 percent of its components. Nonetheless, we need to both internally and with suppliers take that date seriously, and there needs to be some penalties for anyone internally or externally who does not meet that timeframe. This has to be the case, because there’s just no way that you have several thousand components, all of whom make it on a particular date."

In other words, Musk is acknowledging that the company is setting an impossible deadline. But his reasoning is that pretty much any deadline is impossible when you have a project with so many (literal and figurative) moving parts. So, if you’re going to blow a deadline, isn’t it better to blow an aggressive one than a conservative one?

The day that Tesla becomes just another car company will be the day Musk can no longer find a thrill in running it.

That makes a lot of sense, and it resonates particularly with someone like me, who has ADHD and has missed virtually every deadline I’ve ever set in my life. But I have another theory about why Musk keeps making these sorts of lavish promises. It’s a theory rooted in my experience covering Musk, talking to people who have worked for him, and reading Ashlee Vance’s well-reported biography of him. If I’m right, it also helps to explain how he keeps almost achieving those crazy goals, what went wrong with the Model X, and perhaps even why those two production executives are leaving.

Musk is the kind of person who runs on adrenaline, works best—or perhaps only—under insane pressure, and is gripped by existential dread the moment he finds himself working on a problem that feels the slightest bit quotidian or mundane. And he expects the same of the people who work for him.

Sending a rocket to Mars is a problem that gets Musk’s blood flowing. So is building an electric supercar, building the greatest sedan ever made, and building the biggest battery factory the world has ever seen. For that matter, so is running both Tesla and SpaceX at the same time, while also helping to lead SolarCity.

But mass production? Logistics, supply chains, assembly lines? Taking orders, fulfilling orders, setting and meeting reasonable timetables? Those aren’t Muskian problems. They’re normal human problems. And that petrifies him. The day that Tesla becomes just another car company will be the day Musk can no longer find a thrill in running it, and may in fact be unfit for the job.

The Model X, as originally conceived, wasn’t a properly Muskian problem either. The company’s roadmap called for it to crank out the Model X as a relatively simple variation on the existing Model S, buying Tesla time and revenue to focus on the Model 3. How boring, for a person like Musk. And so the X began to sprout novel features straight out of a Bond movie, such as hydraulic falcon-wing doors and a bioweapon defense mode.

Musk promised Wednesday that Tesla has learned its lesson and will avoid such extravagances on the Model 3. Which helps to explain why he had to find some other way to keep things interesting. Simply mastering the complex science of mass production was not enough. “Tesla,” Musk said, “is going to be hell-bent on becoming the best manufacturer on Earth.”

And with that grand pronouncement, Musk can breathe again, the catastrophe of becoming an ordinary person running an ordinary company averted. The pressure to meet people’s reasonable expectations lifted, he can now refuel himself on the pressure of his own unreasonable ones—and push everyone around him to do the same. Those who do not wish to toil under such conditions know where to find the door. Musk, meanwhile, will be on the factory floor, driving himself and everyone around him as hard as he always does. “My desk is at the end of the production line,” he said Wednesday. “I have a sleeping bag in a room adjacent to the floor.” Not that he’ll be using it much.