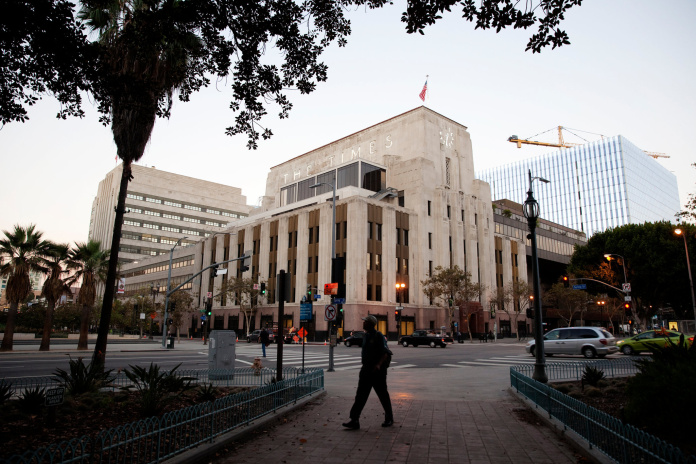 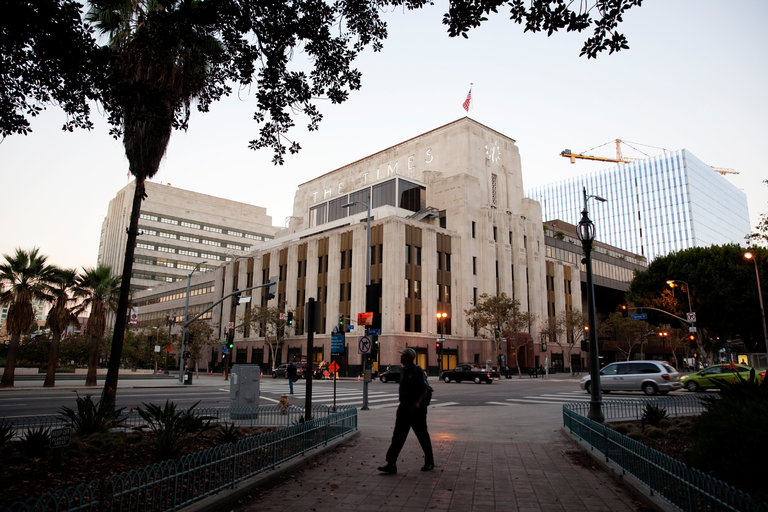 The Los Angeles Times building. The owner of the newspaper, Tribune Publishing Company, rejected an unsolicited offer from Gannett.

Two weeks after the Gannett Company went public with an unsolicited bid to acquire Tribune Publishing Company, Tribune’s board formally responded with a firm answer: No.

On Wednesday, Tribune Publishing, which owns newspapers including The Los Angeles Times and The Chicago Tribune, sent a letter to Gannett saying its board had unanimously rejected the $815 million takeover offer, which included debt and other liabilities and represented a significant premium above Tribune’s share price.

“The board believes that the price reflected in the proposal understates the company’s true value and is not in the best interests of our shareholders,” the letter said.

Gannett’s bid was an unconventional move in the newspaper industry, and Tribune’s rejection was not surprising. Still, the reply ratchets up the pressure on Gannett, which can now choose to walk away or try to assuage shareholders’ objections.

“This announcement reaffirms our concern from the outset that Tribune’s board never intended to engage with us, necessitating that we make our proposal public,” John Jeffry Louis, chairman of the Gannett board, said in a statement. “It is unfortunate that Tribune’s board would deny their shareholders this compelling, immediate and certain cash value by rejecting our offer without making a counterproposal or otherwise negotiating or providing any constructive feedback.”

Gannett, which owns USA Today, went public on Monday with its intent to solicit so-called withhold votes ahead of Tribune’s annual shareholder meeting. This tactic, infrequently used in the world of deal making, encourages shareholders of the target company to essentially boycott their votes for director nominees. Gannett said it had filed preliminary proxy materials, urging investors to withhold their votes in the election of eight directors. The move is primarily symbolic, in that it will probably not block the nominees from being elected.

“We intend to give Tribune shareholders the opportunity to send a clear message to the Tribune board that its lack of engagement with our board and management team regarding our highly compelling premium offer for $12.25 per share in cash is unacceptable,” Gannett’s chief executive, Robert Dickey, said in the statement on Monday.

Gannett missed the nomination window to submit its own slate of directors, a move that might have put even more pressure on Tribune’s board.

On April 12, Gannett sent a letter to Tribune Publishing’s management team with an offer of $12.25 a share. After waiting two weeks for an answer, Gannett tried to bring Tribune Publishing to the table by disclosing the bid and corresponding letter. If the acquisition were to go through, it would expand Gannett’s portfolio to nearly 120 newspapers and give it more of a presence in major markets, including Los Angeles, Chicago and Baltimore.

But the management team at Tribune seemed to think that remaining independent was the better course. In a statement, Justin C. Dearborn, the chief executive of Tribune Publishing, said the company was “in the early stages of a compelling transformation” and that the board was “confident that the execution of our stand-alone strategic plan will generate shareholder value in excess of Gannett’s proposal.”

“I want to be clear that we did not seek or encourage this proposal, and the board has not been trying to sell the company,” he said. “I also want to reiterate that Gannett’s repeated claims that our board did not take this proposal seriously are misleading and disingenuous.