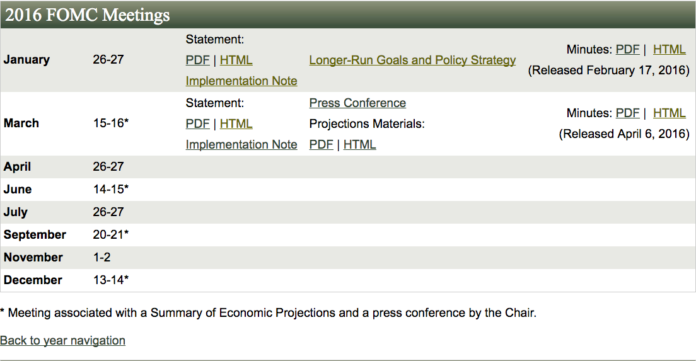 The FED will not be capable of raising interest rates at all this year!

This is exactly what President Obama, Vice President Biden and Dr. Yellen had discussed in their most secretive meeting which occurred on April 11, 2016: (http://www.zerohedge.com/news/2016-04-10/obama-announces-unexpected-meeting-yellen-following-tomorrows-expedited-procedures-f). President Obama wants his legacy, as the president of the U.S., to be a positive one. The FED will not capable of ‘financial engineering’ the economy into explosiveness, that we all desire. This equation would eliminate the ‘Republicans’ greatest campaign pitch which is that the economy is ‘weak’. Take that theory out of the election process and the ‘Republicans’ will lose their best argument that they have against the Democrats.

Given that both the White House and the FED are working overtime in order to attempt to create a ‘booming economy’ while going into the election.

The FED may be incapable of increasing short term interest rates due its’ policy meetings which coincide with key events that they have been planned on their election calendar.

In June 2016, the FED’s hands will continue be tied, for those same reasons. In addition, there is the British referendum decide whether to remain in the E.U., or not ‘Brexit’. A week after the FED meeting on June 23th, 2016, combined with a rate hike, could spike the dollar. I assure you, that the SPX will not continue to be range bound till election time.

Last week, the U.S. dollar fell by 2%, as the FED signaled it would be slow to raise interest rates, this year. “This year quoting the FED, the committee considers it unlikely to begin the normalization process for at least the next couple of meetings.” This statement sent interest rates plummeting while Treasury Bonds and stock prices surged higher!

While a rate hike during the July 26th-27th, 2016 meeting maybe possible, its’ odds are somewhat reduced due to the fact that there will be no press conference occurring after this meeting. This meeting will coincide with the Democratic National Convention on July 25th-28th, 2016, and, in addition, it will occur within only a few days after the Republican National Convention during July 18th-21st, 2016. The September 20th-21st, 2016 FED meeting is relatively close to the Presidential Election on November 8th, 2016, therefore unless there is strong evidence that the US economy is growing, above trend, and that global financial markets are relatively stable, I expect the FED to refrain from hiking interest rates in September 2016. I highly doubt that the FED will raise interest rates during their November 2016 meeting which occurs only six days before the US elections.

Even though investors desire a clear sense of America's political future, I can assure you that the SPX will not continue to be range bound until election time. By that time, the FED maybe possibility be able to shift their focus, solely on the economy.

If by the December 13th-14th, 2016-time period of the FED meeting, its’ underlying GDP growth were above 2%, then perhaps they could raise interest rates. The futures market essentially is signaling the same scenario. My expectations of any real GDP growth is the risk that the FED does not hike interest rates at all this year: 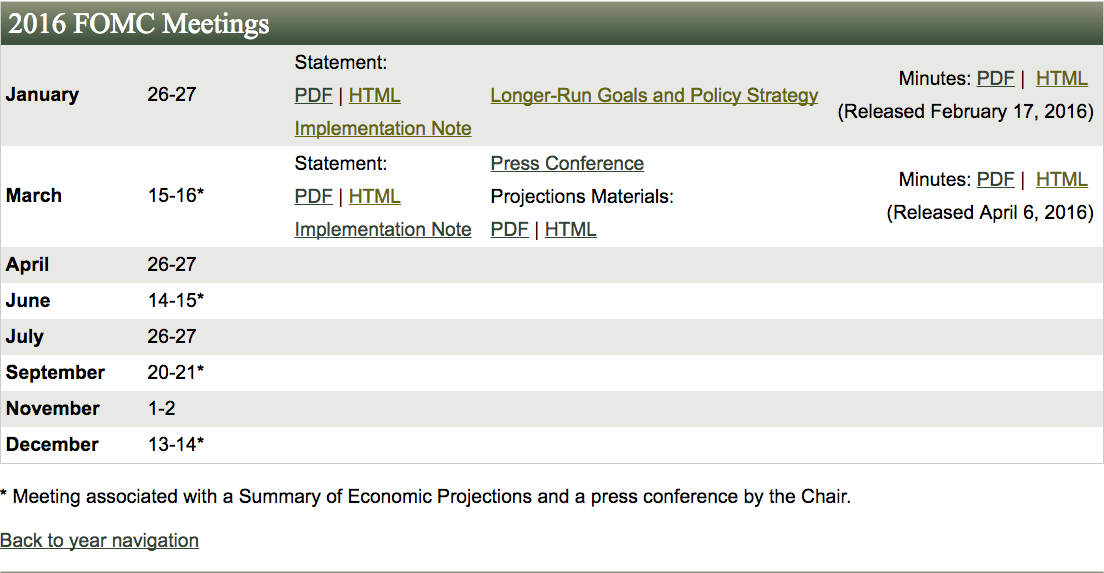 After spiking during the summer of 2015 and again in early January of 2016, the VIX is once again collapsing, however, not for much longer!

It is not a question of if, but when? 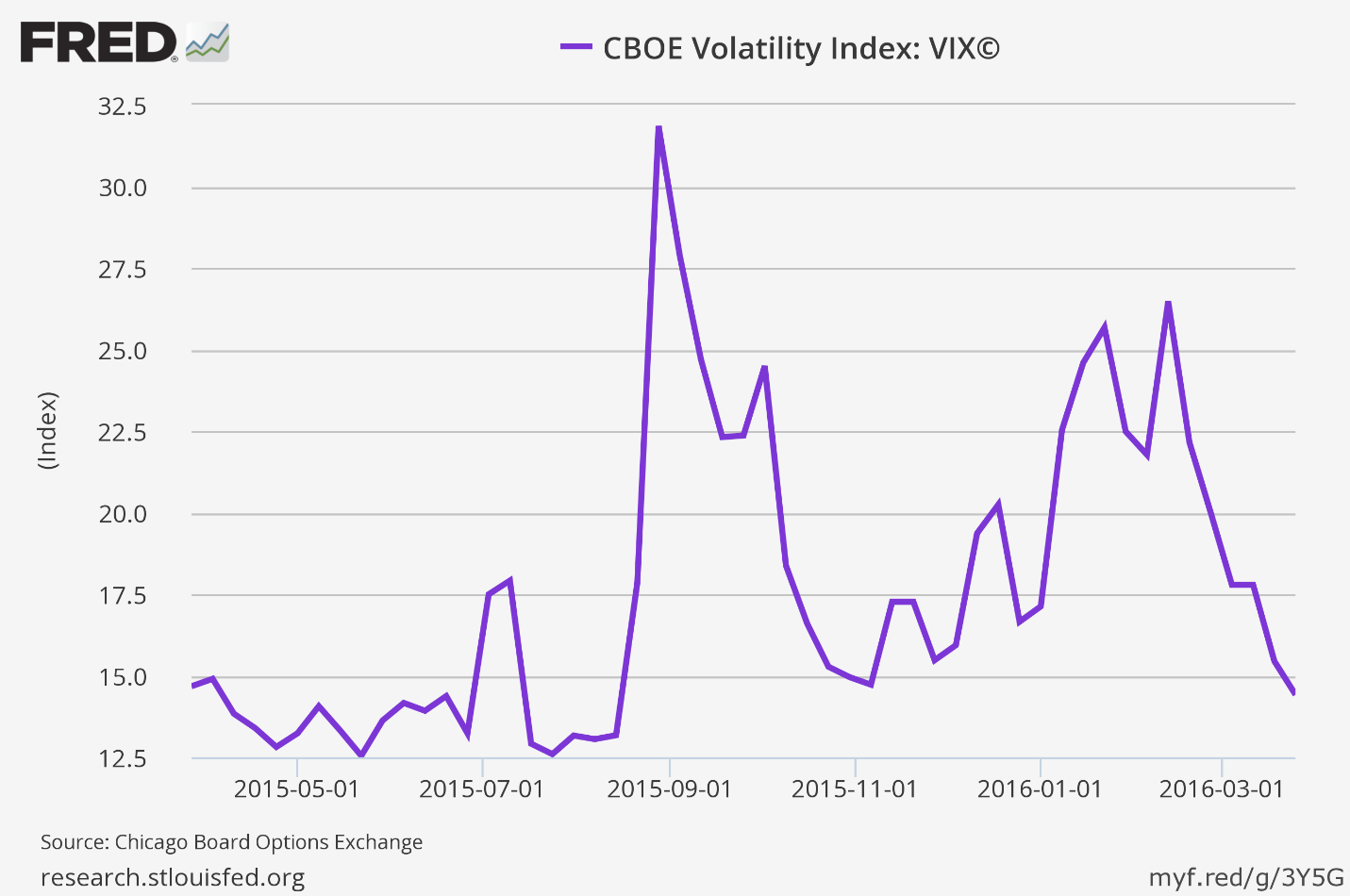 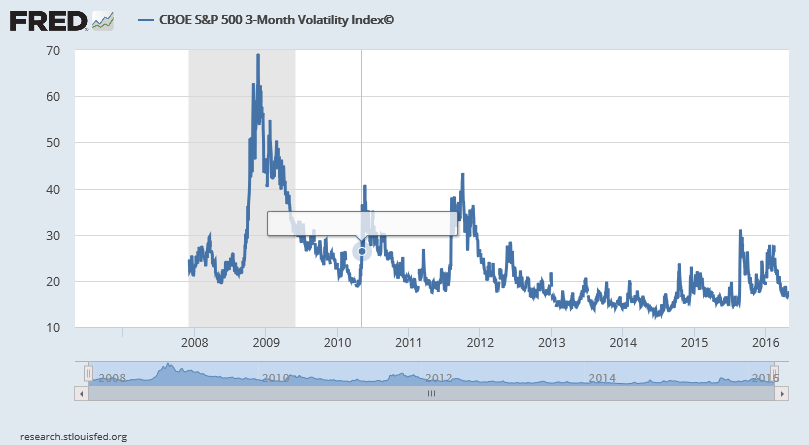