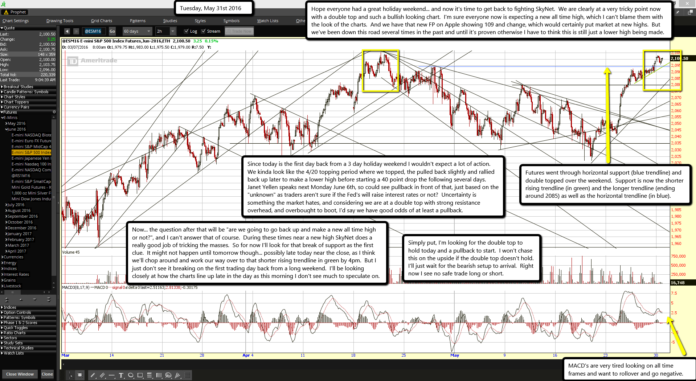 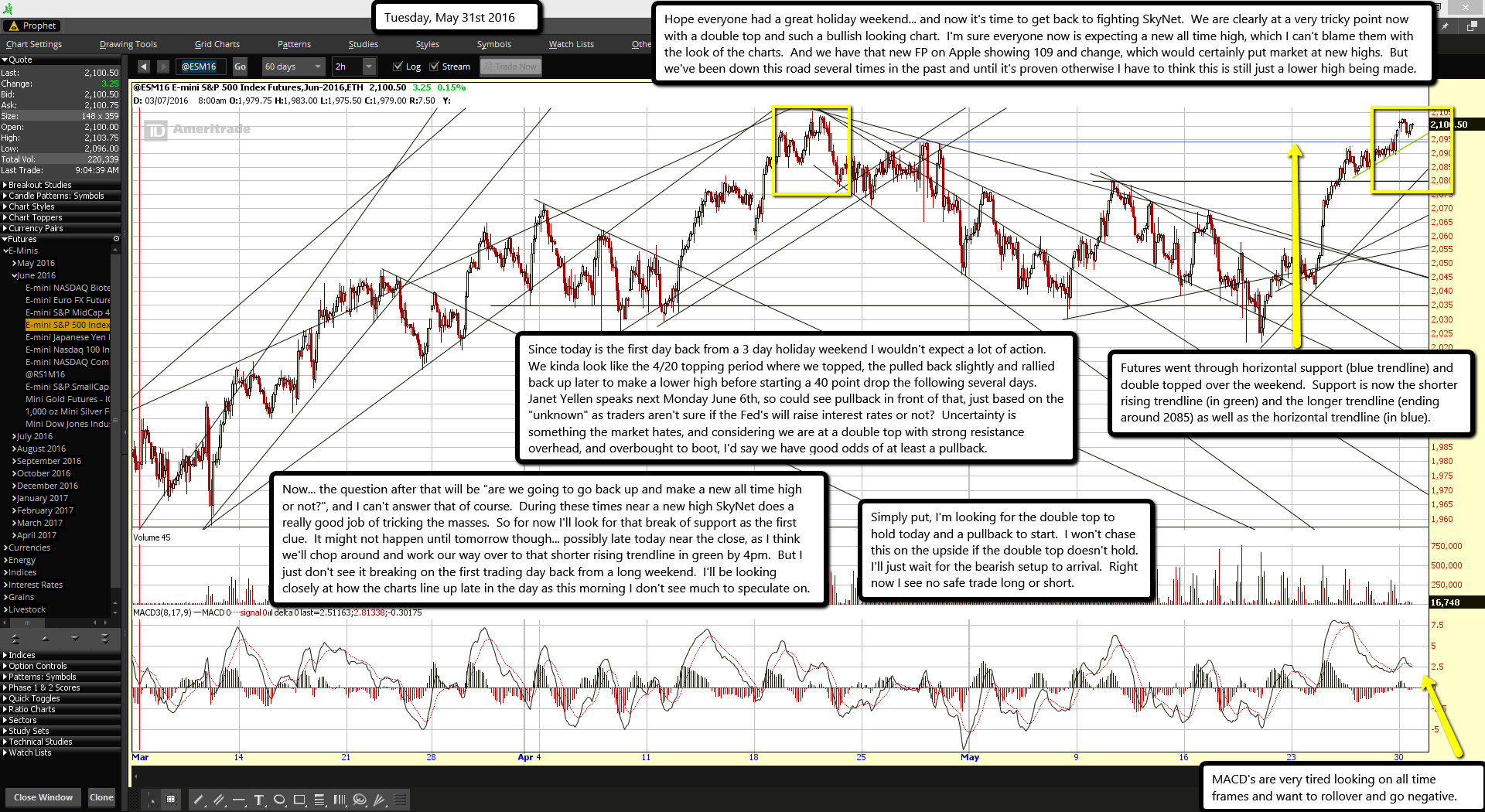 Futures went through horizontal support (blue trendline) and double topped over the weekend.  Support is now the shorter rising trendline (in green) and the longer trendline (ending around 2085) as well as the horizontal trendline (in blue).

MACD's are very tired looking on all time frames and want to rollover and go negative.

Hope everyone had a great holiday weekend... and now it's time to get back to fighting SkyNet.  We are clearly at a very tricky point now with a double top and such a bullish looking chart.  I'm sure everyone now is expecting a new all time high, which I can't blame them with the look of the charts.  And we have that new FP on Apple showing 109 and change, which would certainly put market at new highs.  But we've been down this road several times in the past and until it's proven otherwise I have to think this is still just a lower high being made.

Since today is the first day back from a 3 day holiday weekend I wouldn't expect a lot of action.  We kinda look like the 4/20 topping period where we topped, the pulled back slightly and rallied back up later to make a lower high before starting a 40 point drop the following several days.  Janet Yellen speaks next Monday June 6th, so could see pullback in front of that, just based on the "unknown" as traders aren't sure if the Fed's will raise interest rates or not?  Uncertainty is something the market hates, and considering we are at a double top with strong resistance overhead, and overbought to boot, I'd say we have good odds of at least a pullback.

Now... the question after that will be "are we going to go back up and make a new all time high or not?", and I can't answer that of course.  During these times near a new high SkyNet does a really good job of tricking the masses.  So for now I'll look for that break of support as the first clue.  It might not happen until tomorrow though... possibly late today near the close, as I think we'll chop around and work our way over to that shorter rising trendline in green by 4pm.  But I just don't see it breaking on the first trading day back from a long weekend.  I'll be looking closely at how the charts line up late in the day as this morning I don't see much to speculate on.

Simply put, I'm looking for the double top to hold today and a pullback to start.  I won't chase this on the upside if the double top doesn't hold.  I'll just wait for the bearish setup to arrival.  Right now I see no safe trade long or short.