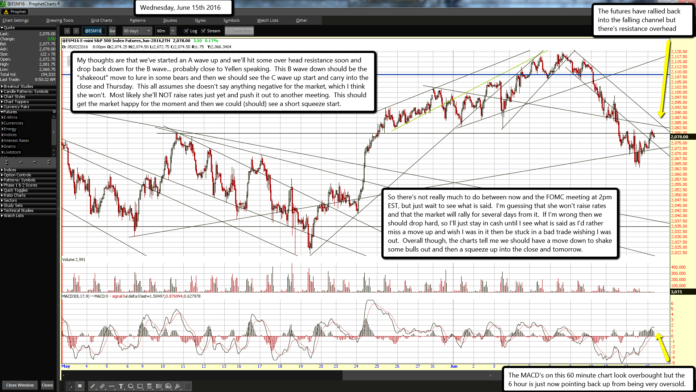 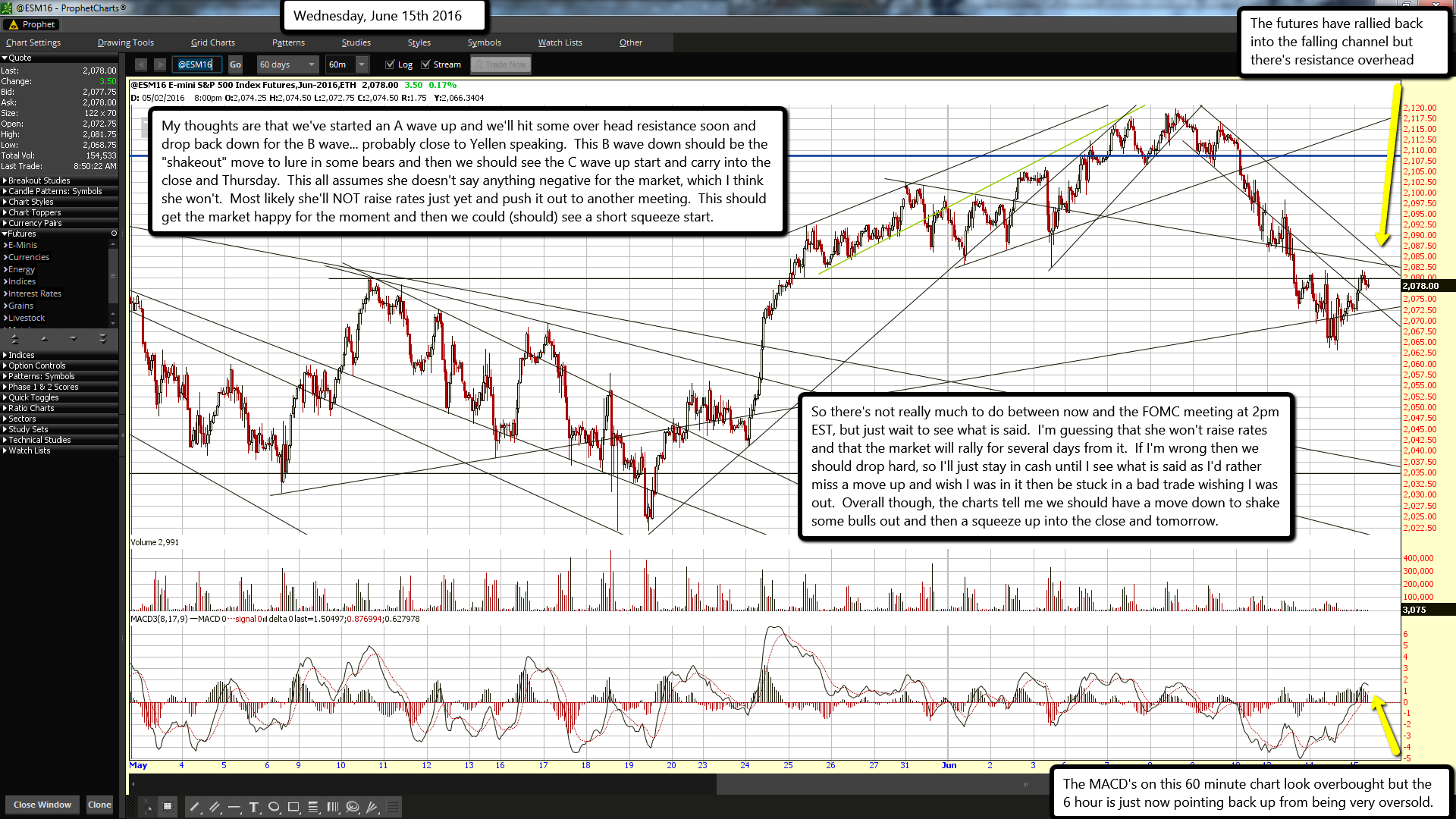 The MACD's on this 60 minute chart look overbought but the 6 hour is just now pointing back up from being very oversold.

My thoughts are that we've started an A wave up and we'll hit some over head resistance soon and drop back down for the B wave... probably close to Yellen speaking.  This B wave down should be the "shakeout" move to lure in some bears and then we should see the C wave up start and carry into the close and Thursday.  This all assumes she doesn't say anything negative for the market, which I think she won't.  Most likely she'll NOT raise rates just yet and push it out to another meeting.  This should get the market happy for the moment and then we could (should) see a short squeeze start.

So there's not really much to do between now and the FOMC meeting at 2pm EST, but just wait to see what is said.  I'm guessing that she won't raise rates and that the market will rally for several days from it.  If I'm wrong then we should drop hard, so I'll just stay in cash until I see what is said as I'd rather miss a move up and wish I was in it then be stuck in a bad trade wishing I was out.  Overall though, the charts tell me we should have a move down to shake some bulls out and then a squeeze up into the close and tomorrow.